At about 6:15 p.m., people started posting photos and video to social media of the plane in the small white plane with orange or yellow markings. 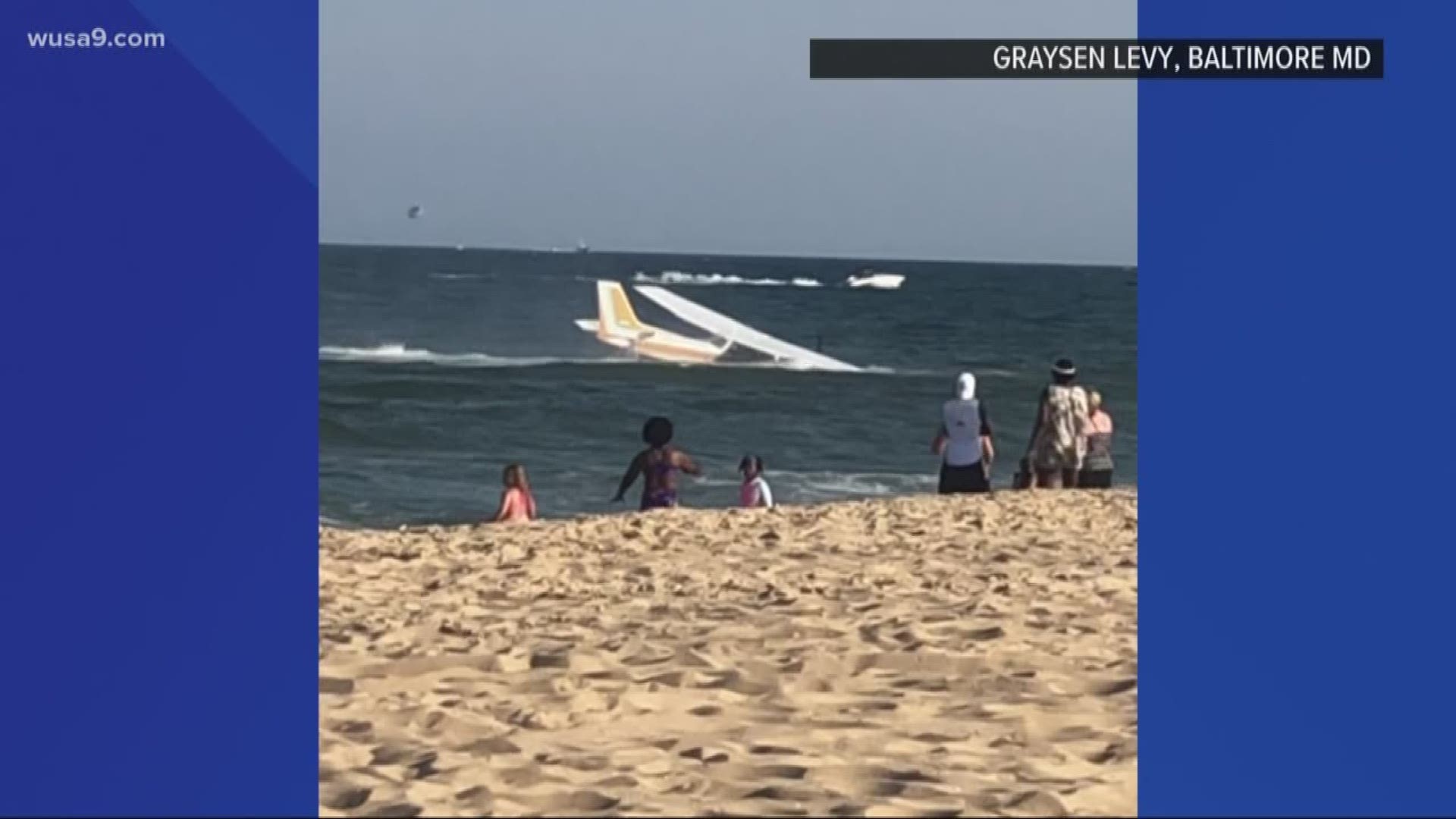 At about 6:15 p.m., people started posting photos and video to social media of the small white plane with orange or yellow markings.

Credit: @moyerm86 via Twitter
A photo of a plane that appeared to have crash landed near the main drag of Ocean City, Md.

Police said witnesses reported they were on the beach at 20th Street at about 6:15 p.m. when they saw the plane crash into the ocean about one quarter-mile from the shoreline.

"Witnesses said the plane appeared to glide toward the water as it descended then float on the surface of the ocean when it landed," police said in a release.

Police said the pilot of the small plane, 23-year-old Trevor H. Deihl of Reedville, Va. was evaluated and released. He wasn't hurt.

Deihl told police he took off in the single engine 1981 Cessna 172 RG from Reedville and had planned to land at Ocean City Airport. He said he was about a mile away from shore when he began having engine trouble and glided the plane into the ocean.