Street musicians say he always gave them a thumbs up. He also sprung into action when a burglary suspect tried to shoot a fellow officer. 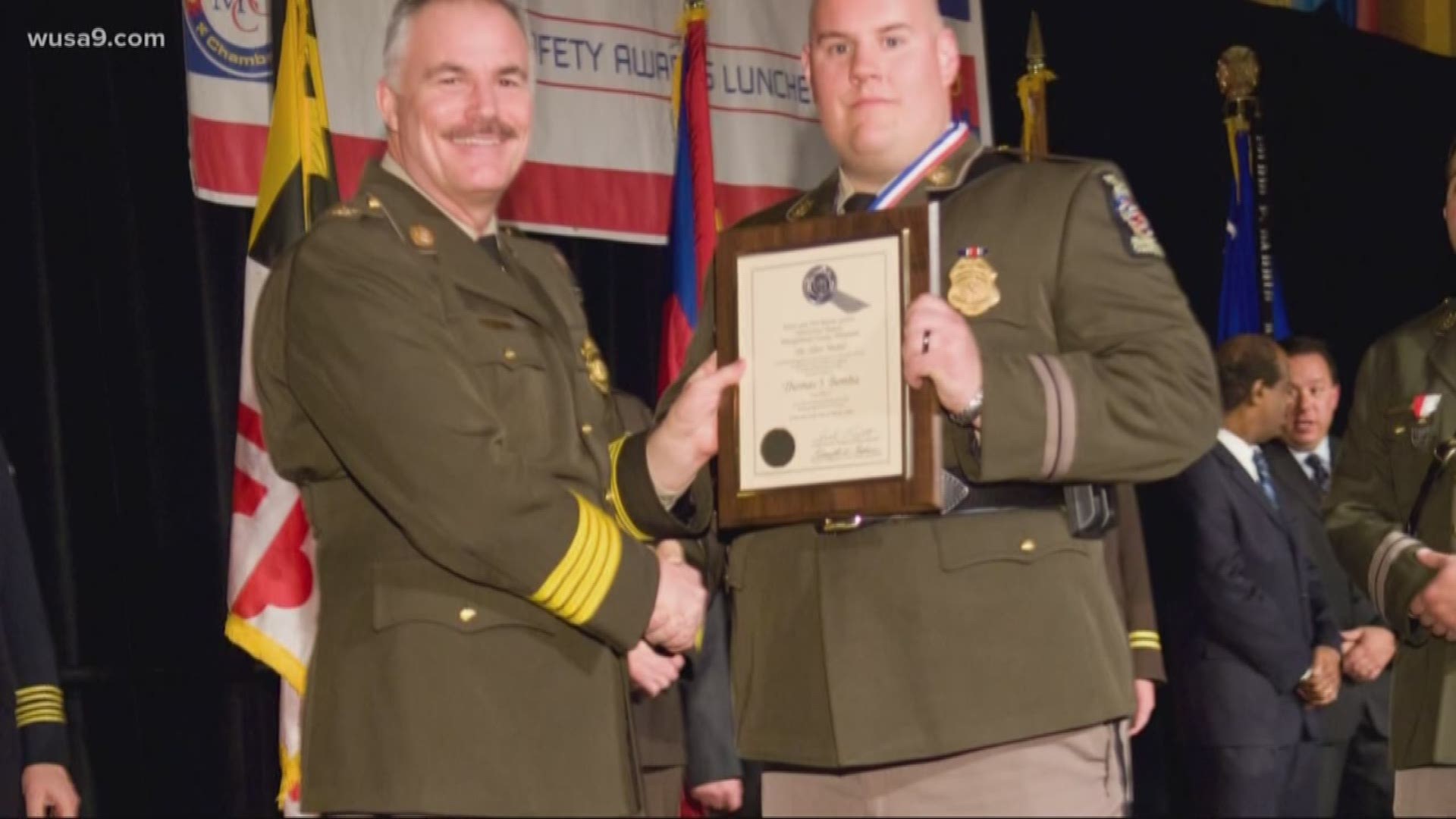 SILVER SPRING, Md. — The tributes are rolling in for a Montgomery County police officer who died of a gunshot wound Monday. The officer's death has been ruled as a result of "self-inflicted injury" by the Office of the Chief Medical Examiner of the District of Columbia.

People who met Officer Thomas J. Bomba on his beat in Silver Spring remember him as a happy guy with a ready smile and thumbs up.

He won an award for valor in 2008 for restraining a man who was allegedly trying to shoot one of his colleagues.

The street musicians of the band Spread Love say Officer Bomba was a hard person to forget.

"I know he was a good guy," Lonnie Shepard, one of the band's trombonists, said.

Shepard said Bomba always smiled and clapped and told them they sounded good when they played on his beat.

"I'm actually just a little hurt and puzzled," Shepard said. "He was a happy person, gave off good vibes. He didn't seem like he was a down person at all, like a person that would take his own life. No. Not at all."

Police said Bomba had radioed for help with some suspicious subjects Monday morning on the roof of a Silver Spring garage. But when officers arrived within minutes, they found the 38-year-old father of two shot -- and no sign of any attackers.

There's no sign of the shooting -- nor any sign of surveillance cameras -- on the parking garage roof now. It looks over the downtown Silver Spring area Officer Bomba patrolled. Police said Officer Bomba was wearing his body-worn camera, but it had not been activated.

At the Chik fil A, where he would stop for chicken biscuits, workers says Bomba's death has really shaken them.

"He was a cool dude," server Marcus Rayao said. "Came in here like maybe once or twice a week. Always nice, said hello, did his thing."

The Chamber of Commerce awarded Bomba a Silver Award for Valor in 2008 for restraining a burglary suspect who had already shot at a fellow officer and was trying to do it again.

Lonnie Shepard of the Spread Love band just wishes he could have spread a little more love to Bomba.

Police departments across the country have been sharing their grief and condolences.