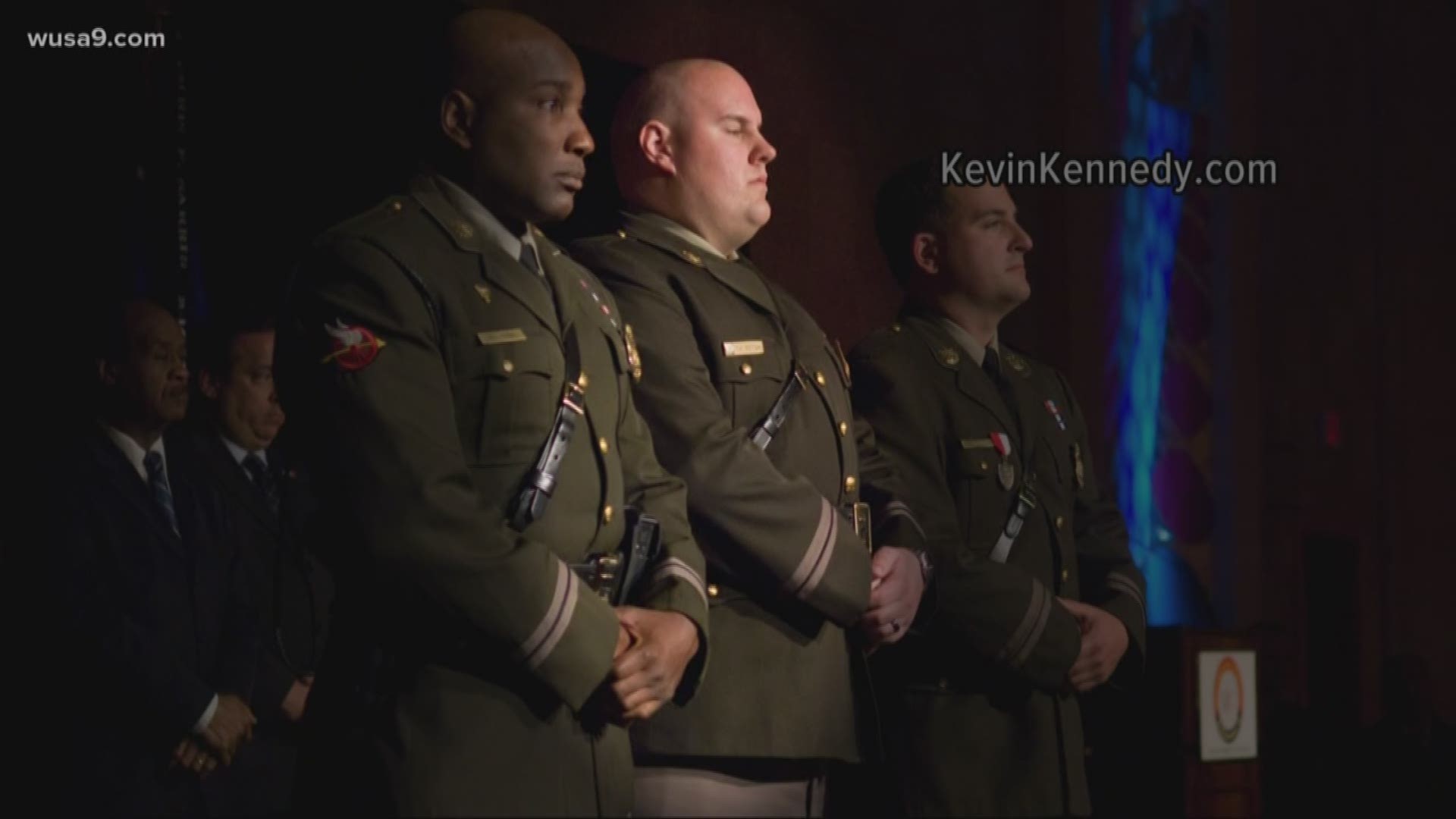 Officer Thomas J. Bomba, a 13-year veteran of the Montgomery County Police Department, was found shot on the top level of a parking garage in Silver Spring. He was transported to the Washington Hospital Center where he later died.

Police said Officer Bomba was wearing his body-worn camera, but it had not been activated.

Police said that Bomba was on routine patrol when he radioed at 8:49 a.m. saying he was flagged down about a report of disorderly subjects on the top level of the parking garage at Ellsworth Drive and Fenton Street.

Additional officers were sent to assist, and the first officer to the scene found Bomba suffering from a gunshot wound, police said.

Jones said Bomba was found 3-4 minutes after the shooting. He said the only weapon found at the scene was Bomba's.

Bomba, who is from Gaithersburg, is survived by a wife and two children, Acting Montgomery County Police Chief Marcus Jones said.

"This is a very difficult job, and this is one of those jobs where not everybody comes home when they go out in the morning. And it's a tough loss for everybody," Montgomery County Executive Marc Elrich said.

Jones described Bomba as a very dedicated officer. He worked the downtown Silver Spring beat and was assigned to the 3rd District.

Police said they are continuing to collect evidence and the investigation is ongoing.

As the news of the shooting broke online, witnesses began to share their experience on social media. The heavy presence of police caused residents to be uneasy. One couple told us they couldn't believe this was happening in Silver Spring. The couple was leaving from a doctor's appointment. 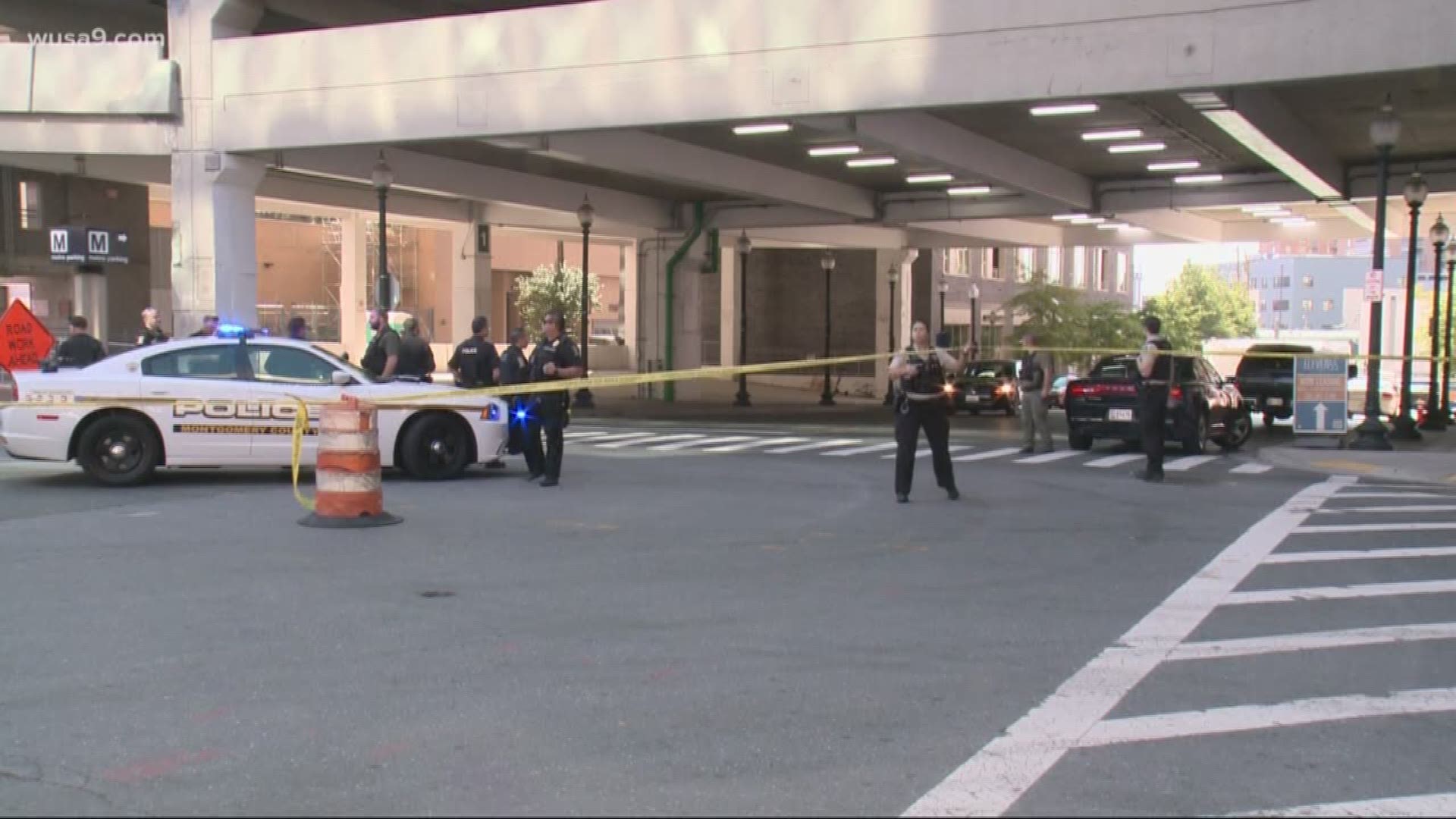