'We’re not evil, we’re here to love' | More than a thousand people gather for the first National Trans Visibility March

The rally drew awareness to the high number of murdered trans women across the country. 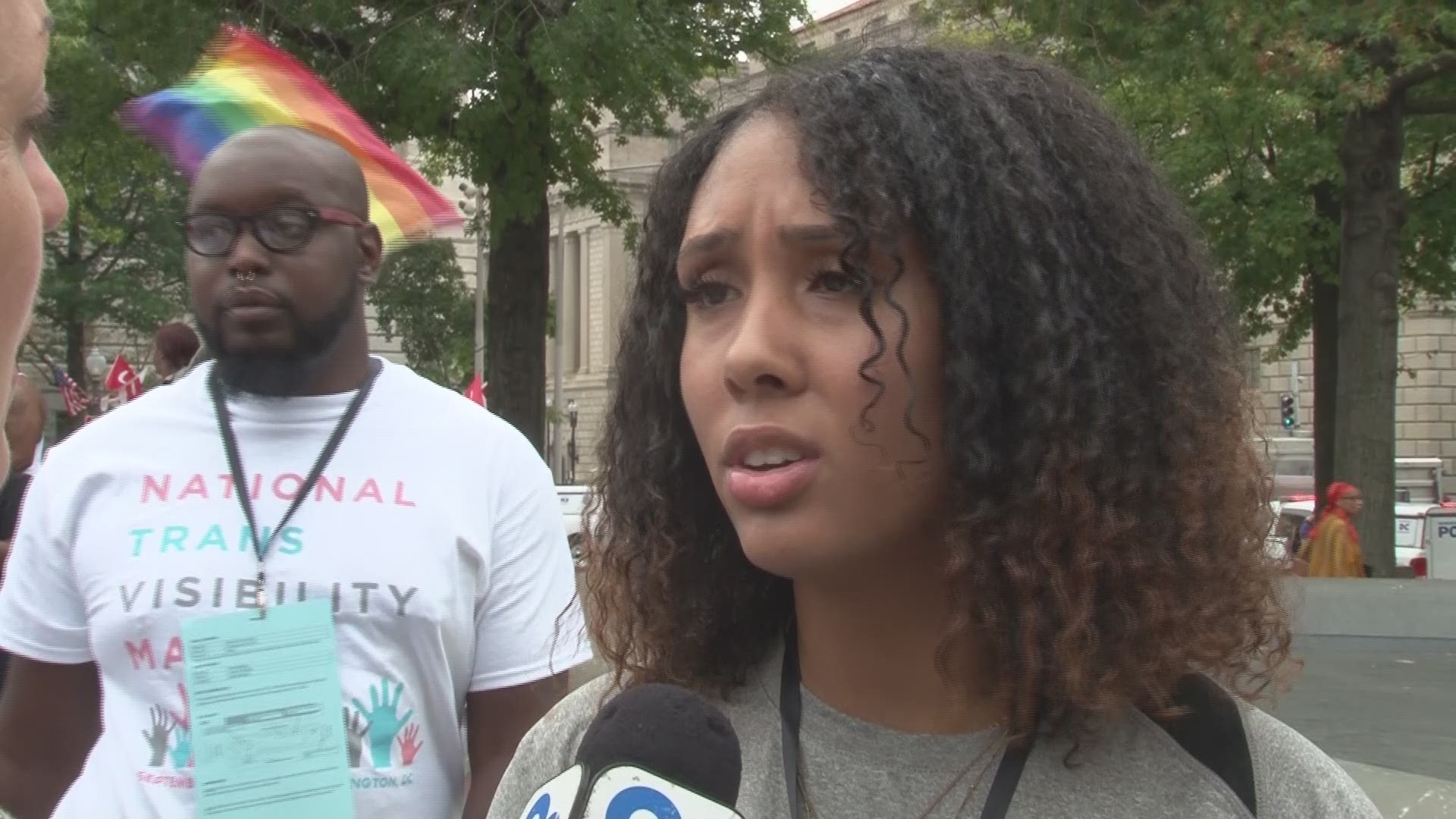 WASHINGTON — The National Trans Visibility March, a first of it's kind in Washington, drew people all across the country on Saturday with activists raising the profile on the high rates of murder among women of color.

Taylor Reeves attended Saturday’s rally to honor her teenage sister, Bailey Reeves, who was shot to death in Baltimore earlier this month

"My feelings are all over the place -- sad, angry, crushed," Reeves said. “Nobody should have to go through this, especially my sister who was only 17-years old."

Reverend Aaron B Wade of the Community Church of Washington D.C., said at least 18 trans women of color have been murdered since the start of the year, with 26 trans women murdered in 2018.

Alonda Talley traveled to D.C. from Philadelphia to attend Saturday’s rally and carried a picture of her friend Shantee Tucker with her. Tally, also trans, said she worries about her own safety all the time.

"Every morning, I have to step out and worry about my safety," Tally said. "I would want somebody to be out here to represent me."

More than a thousand people ended up attending Saturday's National Trans Visibility March, and organizer Taylor Chandler said she hopes the large number will also help call for legislation that protects trans rights. The march took place just days away from the Supreme Court hearing of three cases of trans discrimination in the workplace.

RELATED: 'I am going to kill you. I hate transgender females' | Trans women held at gunpoint, attacked in DC

Trans actress and activist Angelica Ross said she hopes Saturday’s demonstration will help the community achieve the equality they are seeking.

"The Equality Act needs to be passed," Ross said. "All Americans should be free to live and to work."