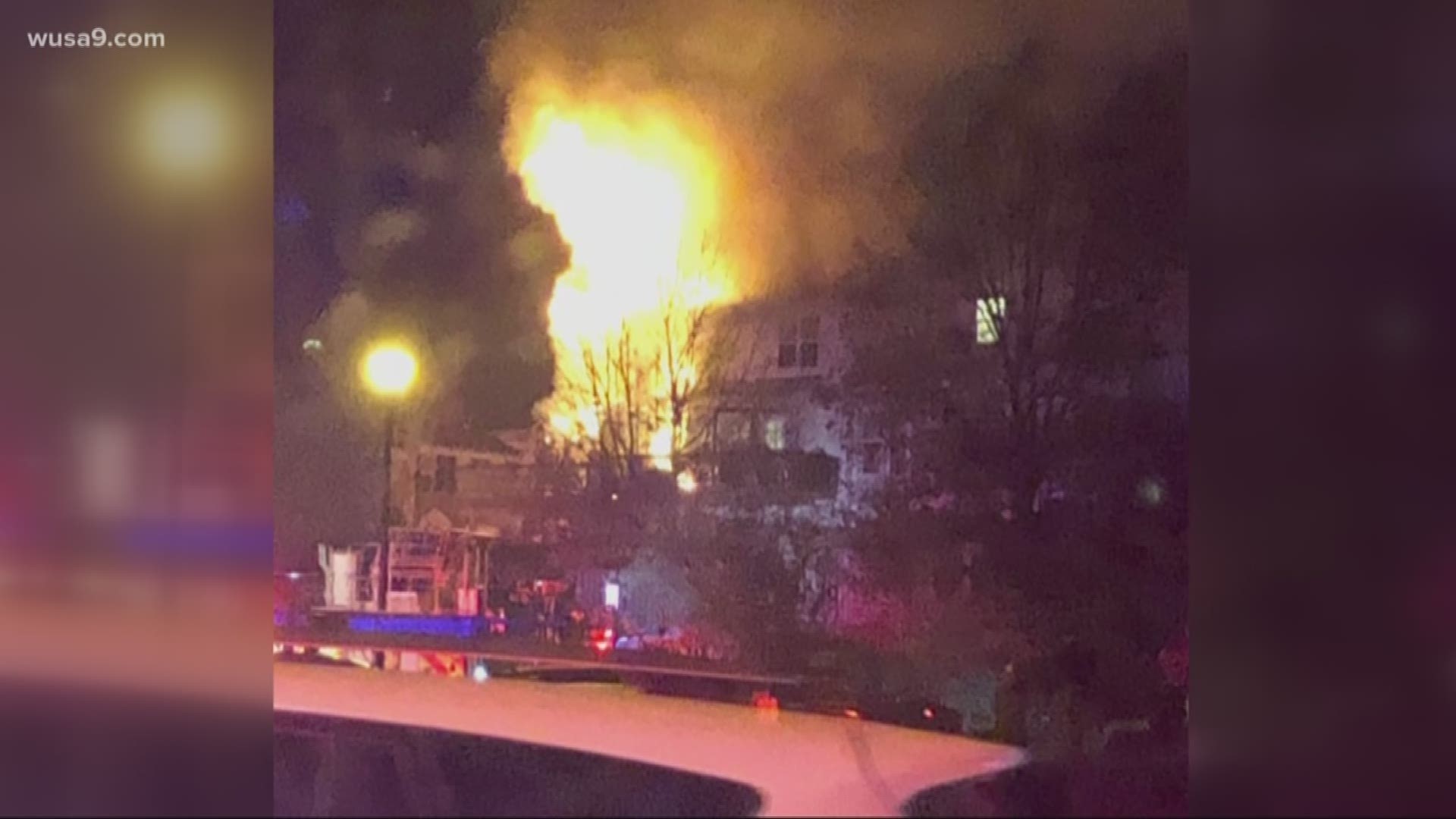 Just before 6 p.m., Frederick County Fire and Rescue units were called to a townhouse in the 500 block of Ellison Court for reports of a fire. Firefighters arrived to find fire showing through the roof and rear of an end unit townhouse.

The flames quickly spread across the roofline to a connecting unit. Fire scene commanders called for a fire task force and rapid intervention dispatch.

It took approximately 75 firefighters about 90 minutes to bring the fire under control, and an additional 90 minutes to extinguish hotspots.

One person was sent to a local hospital with a burn injury to the hand, and nine people were displaced between the two homes.

A Frederick County Fire spokesperson says the fire was not caused by holiday cooking.

The cause of the fire is being ruled accidental and the damage is estimated to be around $150,000.