Fired for being gay? The Supreme Court will decide if it's legal

The justices will hear three cases involving plaintiffs who claim they were fired because of their sexual orientation or gender identity. 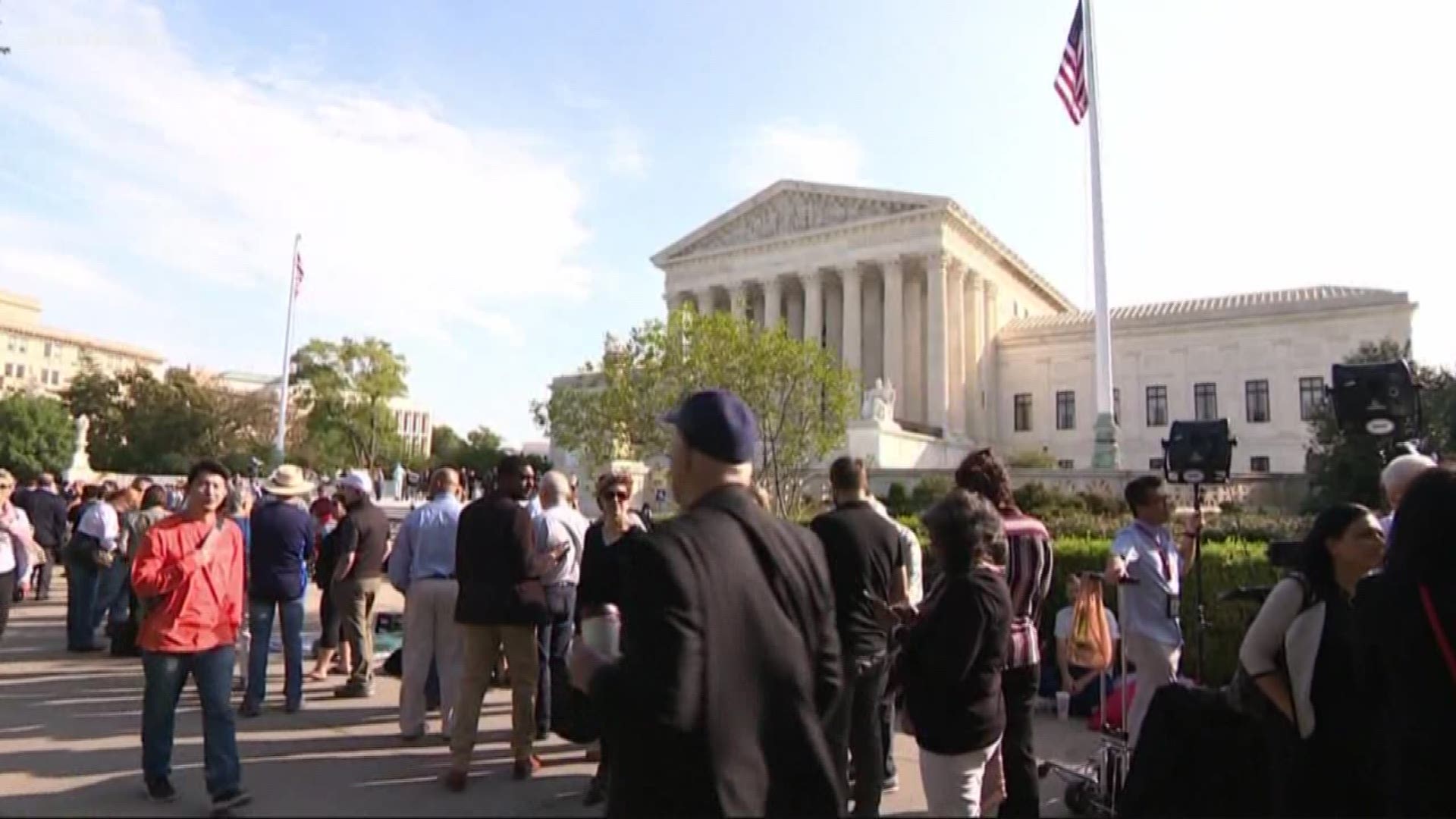 WASHINGTON — The Supreme Court began its new term with many controversial, high-profile cases on the docket.

A man who flew in from San Diego was first in line ahead of Tuesday’s oral arguments regarding LGBT discrimination cases.

"When it comes to employment, everyone assumes that we're protected," Eddie Reynoso said.

The justices will hear three cases involving plaintiffs who claim they were fired because of their sexual orientation or gender identity.

Gerald Bostock, a former child welfare coordinator in Clayton County, Georgia, is one of the plaintiffs.

Bostock told CBS News, he enjoyed his dream job for more than a decade, but lost it after joining a gay softball league.

"I was fired for being gay," Bostock said. "I lost my source of income, I even lost my medical insurance at a time I was battling prostate cancer."

An attorney for Clayton County said Bostock’s sexual orientation had nothing to do with his termination, according to CBS News.

The other plaintiffs include a skydiving instructor from New York and a trans woman in Michigan, fired from a funeral home.

Defendants argue that Title VII of the Civil Rights Act of 1964 did not apply to those who are LGBT.

According to the Human Rights Campaign, more than 20 states already have their own laws in place protecting employees from discrimination based on sexual orientation.

The Supreme Court is not expected to make a decision until spring.