Street in front of Supreme Court evacuated for suspicious package

Roads are closed near the Supreme Court after a report of a suspicious package. 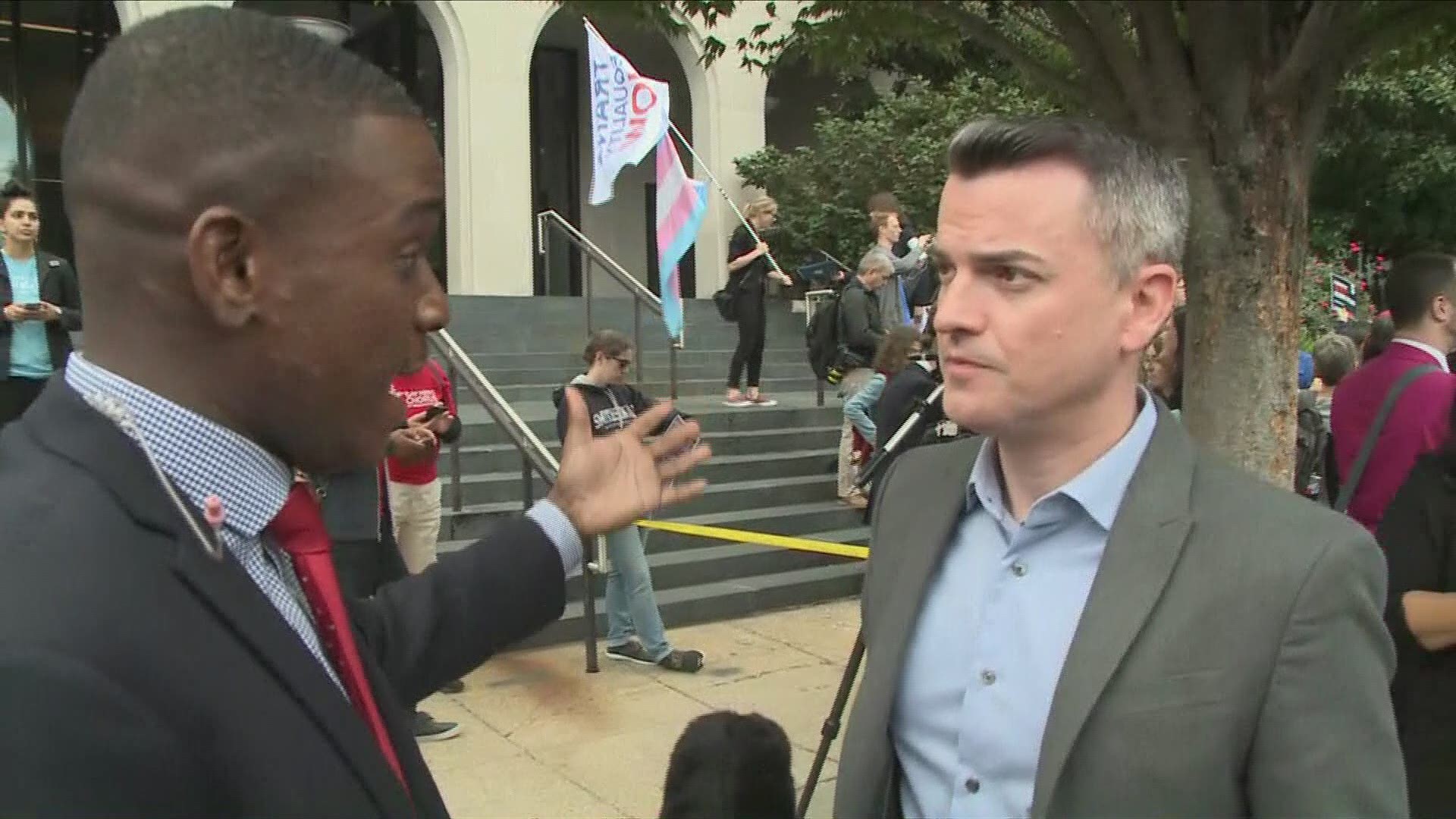 WASHINGTON — The street in front of the United States Supreme Court building has been evacuated after the discovery of a suspicious package Tuesday morning, the Capitol Park Police confirm.

The following streets are closed:

Police said they walked around asking people if the package belonged to them, but no one claimed it, so police began closing the roads, saying it was an emergency.

Officials have not yet confirmed where or when the package was found.

A woman said she was walking around the Supreme Court for the rally being held outside of the building. She said she saw some police activity and was curious what was going on.

Some people said they understand the concern of the suspicious package, but it feels like away to keep the protest from happening.

"This is the slowest response for a suspicious package I have ever seen," one protester said.

Dozens of people were camped out front of the Supreme Court as justices prepare to hear arguments in the case to decide if LGBTQ people will be protected from workplace discrimination under federal civil rights law.

Aimee Stephens lost her job at a suburban Detroit funeral home and she could lose her Supreme Court case over discrimination against transgender people. Amid her legal fight, her health is failing.

But seven years after Stephens thought seriously of suicide and six years after she announced that she would henceforth be known as Aimee instead of Anthony, she has something no one can take away.

Stephens case is one of three being heard Tuesday. The Supreme Court is open and it's business as usual for oral arguments.

RELATED: Supreme Court to decide if LGBT people should get workplace discrimination protection

RELATED: Will Supreme Court have to weigh in on impeachment as new term begins?