Credit: AP
In this March 6, 2015, photo, Jim Obergefell speaks to a member of the media after joining the Human Rights Campaign as they deliver what they say are 207,551 copies of the “People’s Brief” that calls for full nationwide marriage equality, to the U.S. Supreme Court in Washington. Obergefell is the named plaintiff in Obergefell v. Hodges, a marriage equality case set to be heard by the U.S. Supreme Court on April 28th. Obergefell hadn’t thought about being one of the most visible figures in the marriage-equality movement. He just wanted to marry the love of his life for 21 years. Obergefell remembers watching the news on TV with John Arthur after the U.S. Supreme Court struck down part of the Defense of Marriage Act in 2013. "I just leaned over, hugged and kissed John, and said, 'Let’s get married'," he recalls. (AP Photo/Andrew Harnik)
Author: Mike Valerio
Published: 7:20 PM EDT April 14, 2019

WASHINGTON — Jim Obergefell never thought he’d leave everything behind in Cincinnati. He never thought his name would be forever affixed to a Supreme Court case – one wielding tectonic force, no less.

But Obergefell is the name, and very much the face, of the 2015 decision legalizing gay marriage across America, Obergefell v. Hodges.

You may not recognize his face – but the ramifications of the landmark 5-4 decision are plain to see. On a much lighter note, it’s considerably harder for most to try to pronounce his name.

Until he carefully stepped into the national spotlight on the day of oral arguments, April 28, 2015, Jim’s life was linked with Ohio, a realtor who sued his home state to recognize his marriage.

His husband, John Arthur, had recently died. The two married 18 months earlier on the tarmac of BWI Airport, as same-sex marriage was still illegal back home.

They flew to Maryland in a medical plane. John was in the final stages of ALS, Lou Gehrig's disease. He would never see Jim holding his photograph before a crush of cameras on decision day – the day the Supreme Court announced their side had won.

It was in the face of iridescent optimism that Jim moved full-time to Washington. Logan Circle, his new home beginning in February 2016. He had little choice. A chorus of calls asked him to become a speaker.

President Obama was one of the first to dial his number. Jim hoped for a fresh start.

It turned out to be a place of profound personal change – life after John, a unique moment to forge a new identity.

But four years after he made his Washington entrée on a stage few have ever seen, Obergefell is now headed back to Ohio – reclaiming his roots and announcing a new act.

He hopes to advance LGBTQ rights on the state level, while returning to a role of full-time uncle to 17 nieces, nephews, grandnephews and grandniece.

He is the first to say the federal city has changed his life’s work – with current shifting policy positions towards the LGBTQ community occupying a new arc of activism.

And then there was the moment last fall when Justice Brett Kavanaugh declined to say whether Obergefell was correctly decided.

Yet after the zenith of a landmark victory, and struggles soon after for allies in the LGBT community, Obergefell said Washington has forever changed him:

An irreversible role as an activist, a far cry from his demure days in Cincinnati.

WUSA9 reporter Mike Valerio interviewed Obergefell on the day before his departure. Below are highlights of their April 11, 2019 conversation.

Valerio: "Jim, thanks for taking time to speak with us. The question we want to start off with is, how has D.C. changed you?"

Obergefell: "Oh, it’s hard to talk about how many ways D.C. changed me. You know I never thought I would leave Cincinnati. And yet, here I was, moving to D.C. because so much of my life had changed. John passed away, the case started gaining steam, and I found myself spending so much time in D.C. that I thought, 'maybe this is time for me to live somewhere else?' Try something new. Life in Cincinnati was so tied up with John, and I think I needed a break from that. So, D.C. has changed me drastically. I feel more confident in myself as far as picking up and moving, and meeting new people and making friends, and being social. I really let John be the social one in our relationship, so I’ve had to learn how to do that."

Valerio: "Did D.C. help get things back on track?"

Obergefell: "It helped me find myself after the loss of John. I didn’t know what my life was going to be like. It gave me a chance to jump out there, land on my own two feet and rely on myself to do that."

Valerio: "What was it like when you just moved here? Did it hit you like a ton of bricks? A totally different town, with political animals everywhere."

Obergefell: "I think it did hit me when I first moved here. I wouldn’t say I was all that political in Cincinnati, but I’ve certainly become political here in D.C. And I think that hit me very early on – every conversation turns to politics. But it also helped me realize how many organizations are out there, how many people are out there fighting for the rights of others. Not just LGBTQ people but every minority. D.C. really helped me realize just how many people care about that and have devoted their lives to that fight for equality."

Valerio: "What would be your favorite moment from your time here? I assume the decision?"

Obergefell: "It’s hard to top the day of the decision as a favorite moment. To be in that courtroom and have it finally sink in as Justice Kennedy is reading the decision that we won, and that John could finally rest in peace. And that people like us around the country could get married, it’s hard to top that. The celebratory mood that was on the plaza of the courthouse – that will always be one of my all-time favorite memories."

Valerio: "What about after the decision?"

Valerio: "What did the Obamas say to you?"

Obergefell: "It was for the White House Pride Reception, a few days before the decision. I stood in line, walked into the room where he was, stood next to him, and I couldn’t speak. The president quickly put me at ease, and just like that, I felt comfortable with him. Can I remember what I said? Absolutely not."

Valerio: "So why is it time to go back to Ohio?"

Obergefell: "There are a few reasons – foremost, I want to be closer to my family. By moving to Columbus, Ohio, I’ll be within two hours of almost my entire family, and two hours away from my former life in Cincinnati. So for me, being really close with my family has become important over the past several years. I’ve also realized in this current atmosphere, it’s at the state level where we really have to focus what we’re doing. Federally, we might not be able to get a lot done for equality for the LGBTQ community, but at a state level, I think we have more opportunities. So I look at that and also, here’s an opportunity for me to go back to Ohio, where I was born and raised, and work in my home state to hopefully make things better. To keep the momentum going for the LGBTQ community and all minority communities."

Valerio: "Can you tell me more about how this town helped to change you? You’re working as a realtor, you come to this town with all of these political minds here. How does that change you?"

Obergefell: "I think more than anything it was seeing the example of all these friends I made, all these people I met, who were dedicated to working towards the greater good. Working for the betterment of our nation. That had an impact on me. I know Obergefell v. Hodges had a huge impact on our nation, landmark case. But seeing these people who do it day in and day out, every single day they’re dedicated to helping others and making things better, that became more important to me than it was just by virtue of being part of the case. I think it’s also where I learned to speak in front of people, or at least prove to myself I could do that."

Valerio: "Has your role in history sunk in yet? You’re quoted in 2015 saying that it hadn’t back then."

Obergefell: "I don’t think it has now, either! It still doesn’t feel real. I feel like they’re talking about someone else."

Valerio: "So what’s next for you?"

Obergefell: "I’m one of those people who doesn’t really plan a ton in advance. I tend to make a decision, jump into it and see how things happen. So for me, moving back to Ohio, what’s next? Being closer to my family, and being a more involved, visible uncle for my 17 nieces, nephews, grandnephews and grandniece. That’s what excites me. As far as what I’ll do in the bigger scheme of things as far as career, I’ll keep working as a speaker, I’ll keep working with my wine label, I’ll continue to work as a member of the board of directors for SAGE. So what I’m doing won’t change as much as where I’m doing it. With the added joy of seeing my family more frequently."

Valerio: "What do you think your legacy should be – so far – in this act?"

Obergefell: "I hope my legacy would be that of someone who lived up to his promises to love, honor and protect his husband. And who fought for that, no matter what that meant. And along the way, helped make our world a little bit better." 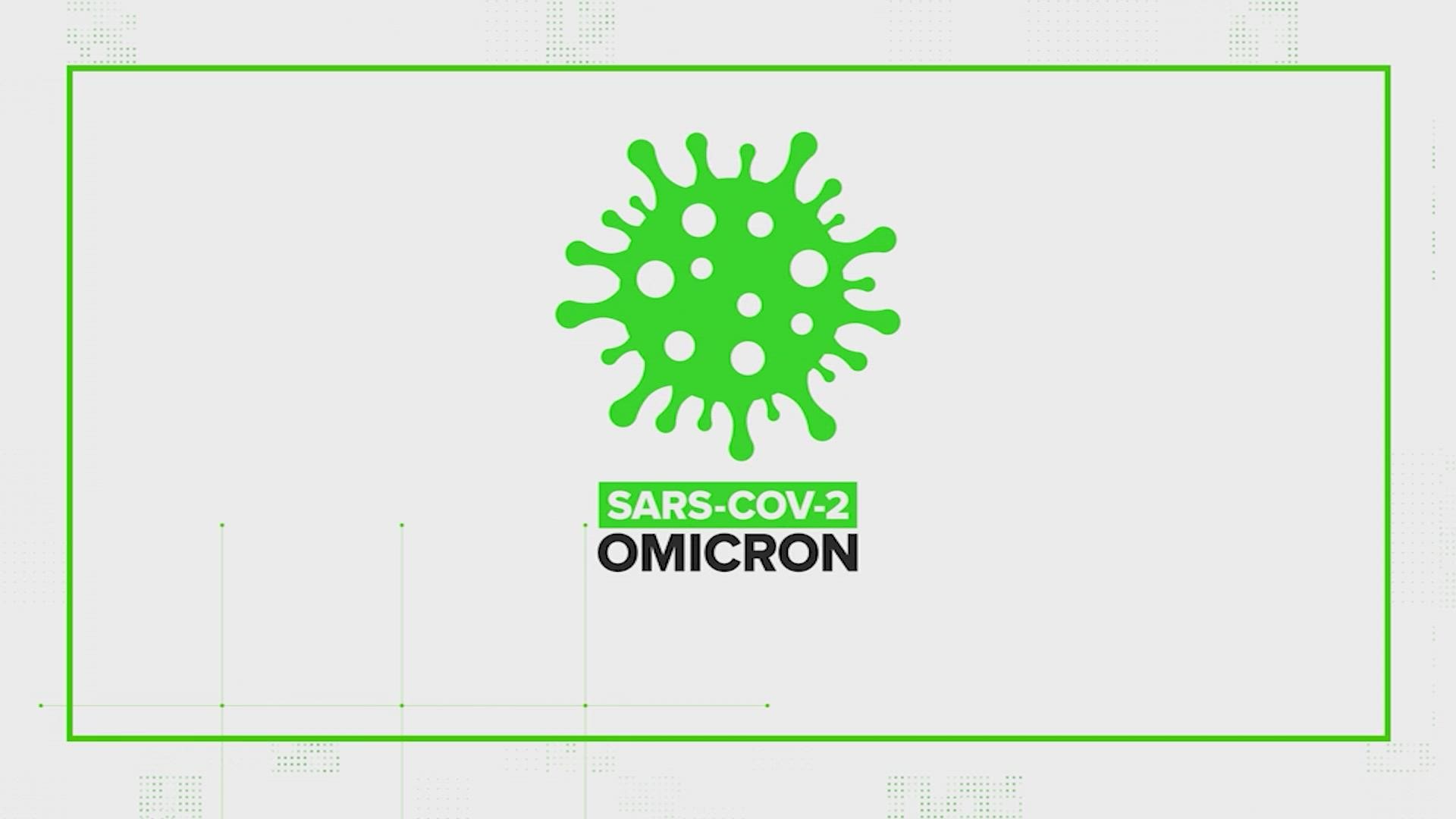 Don’t wait to get a booster shot, doctors say