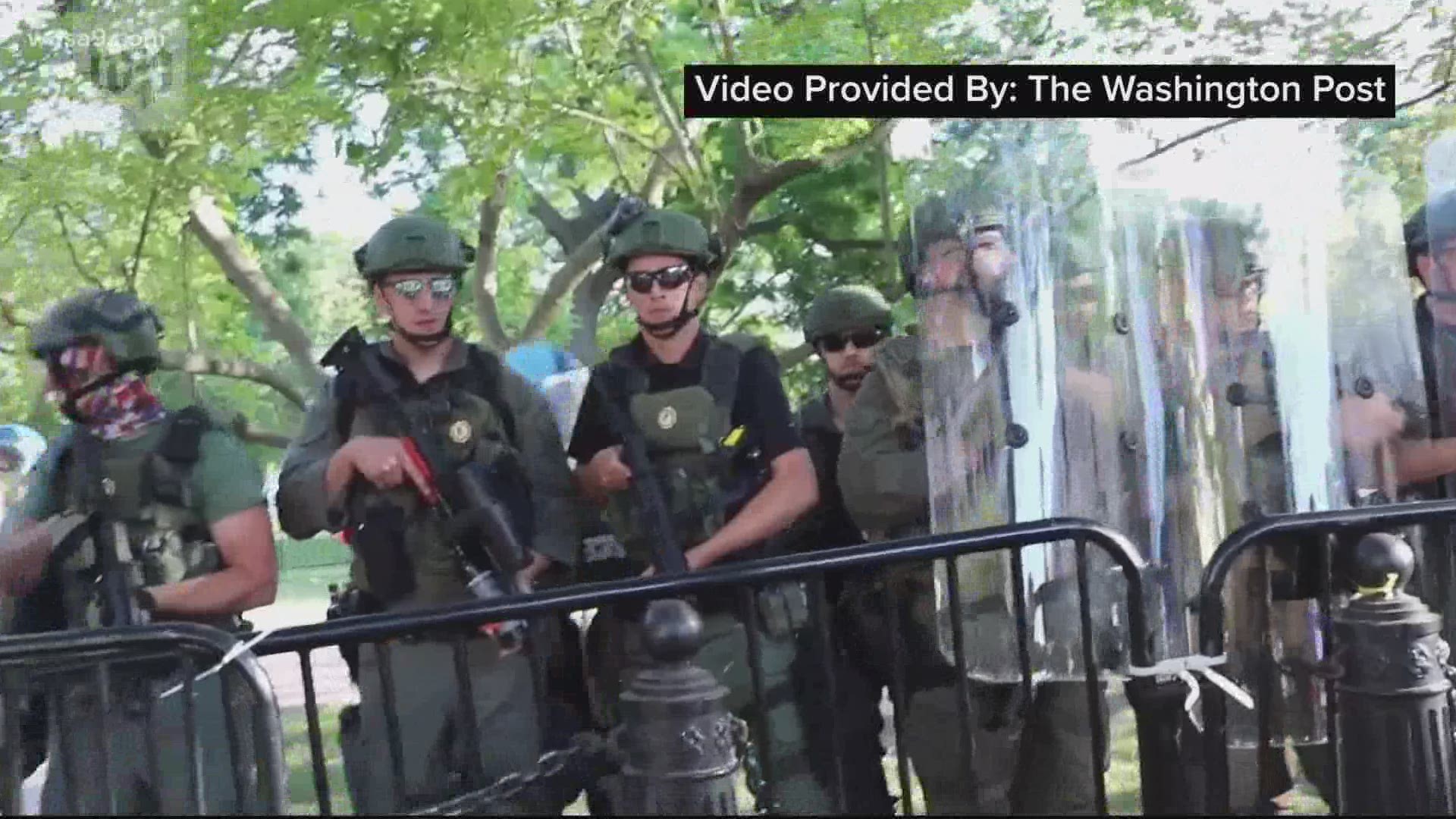 WASHINGTON — Dustin Foley and his 15-year-old daughter said they were serving sandwiches to fellow protesters outside Lafayette Park on June 1 when federal agents used chemical irritants to clear the streets for President Trump to travel.

"I was outraged. No one wants to hear their child screaming in pain," Foley said. "Her eyes were swollen shut and she couldn't breathe. And when police responded, they had no compassion. I told them that it was a minor, and that she needed medical attention. And they just pushed us further into their tear gas cloud."

The ACLU is now suing the Metropolitan Police Department, along with multiple federal police agencies, the Attorney General and the Trump administration, on behalf of Foley and other protesters.

But the day after it happened, MPD Chief Peter Newsham denied taking part in that federal push. And in a statement Wednesday, the department continues to deny it.

“The Metropolitan Police Department was not involved in the unscheduled movement of the President from Lafayette Square to St. John’s church on June 1," an MPD spokesperson said.

While there is no evidence at this time that MPD took part in the “movement” to get the President to St. John’s church as it states, there is video that shows MPD cleared out scattered protesters just outside the federal barricade set up minutes prior.

The ACLU added MPD into its civil rights violation lawsuit.

"What I'd like to see, is that this type of lawlessness by law enforcement, by those who are supposed to be upholding the law, never happens again, on either the federal or the local level," ACLU D.C. attorney Scott Michelman said.

WUSA9 asked MPD what purpose was served in pushing those scattered protesters and journalists off a nearly empty 17th street, as well as exactly what was inside the canisters that video shows it fired at protesters. We have not yet heard a response.

WUSA9 also has not yet heard any response this past month from anther agency spotted in the push to clear protesters: The Federal Bureau of Prisons.