A police reform bill unanimously passed by DC Council is under legal review, but if signed by Mayor Bowser, it bans MPD from using chemical irritants at protests. 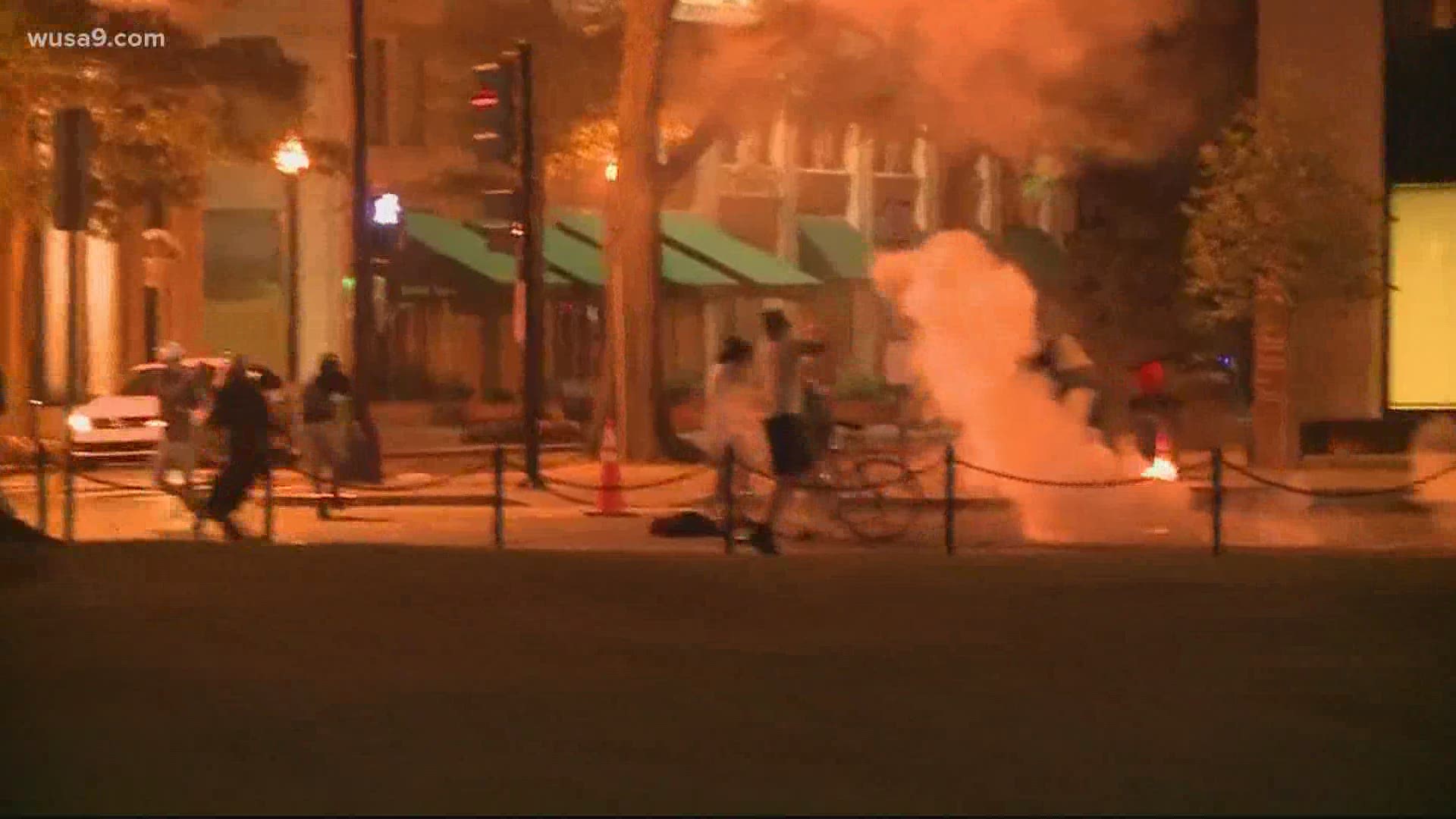 WASHINGTON — From flash-bang grenades thrown by DC Police towards protesters early Wednesday morning to natural “OC” pepper spray used on protesters at close range, MPD’s riot-control arsenal is different than what was used by US Park Police and supporting federal agencies clearing out Lafayette Park on June 1.

WUSA9 collected the canisters, including artificial CS gas, used by federal officers June 1, which cause severe coughing and eye-burning for those exposed. We found nothing similar used by MPD early Wednesday morning.

DC Police wrote in a statement that there were multiple instances of people intentionally setting fires, igniting fireworks and throwing things at officers. MPD reported that one officer was injured and nine people were arrested on charges including assault on a police officer and felony rioting.

"MPD will always protect the rights of those engaged in peaceful First Amendment assemblies," an MPD spokesperson said. "However, those who engage in criminal and harmful behavior will be held accountable.”

DC Council unanimously passed a police reform bill June 9 that would ban MPD’s use of any chemical irritants on protesters including pepper spray.

“I am urging Mayor Muriel Bowser to sign the emergency legislation so that the legislative steps that I and my council colleagues have taken to protect residents can go into effect immediately," Councilmember Brianne Nadeau wrote in response to MPD’s recent use of pepper spray.

A source from the mayor's office said that the bill is under legal review by D.C. Attorney General Karl Racine, and the soonest it could be signed is July 7 because the council did not send the bill to her until June 22.

There is no public commitment by Mayor Bowser at this time on whether she will sign the police reform bill.