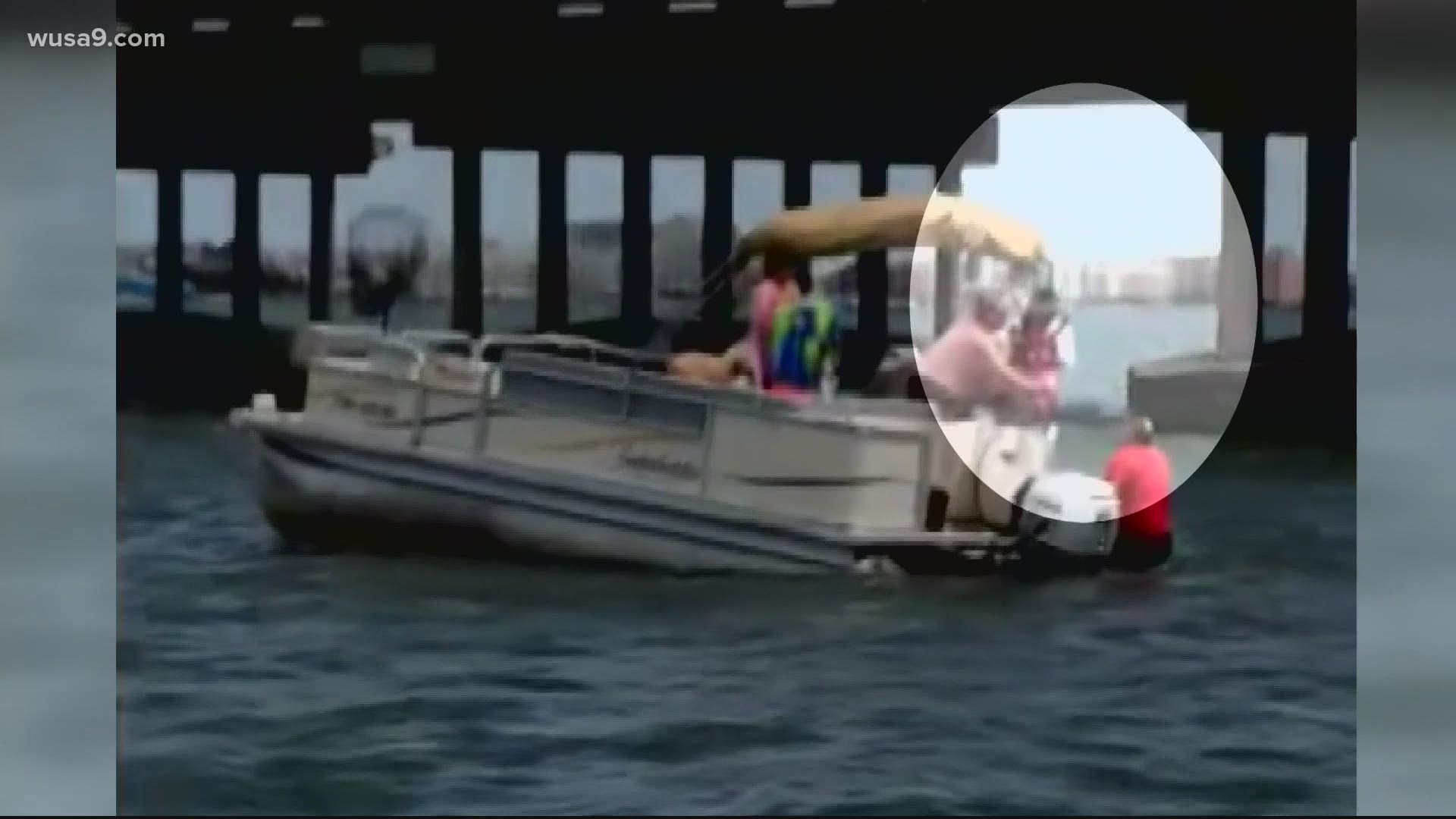 WASHINGTON — The story of an anonymous hero who jumped 30 feet off a bridge to save a baby is told through dramatic pictures of Sunday’s crash on Route 90 in Ocean City and a boater’s shaky cellphone video.

Shortly after 2:45 p.m., five vehicles collided on the Route 90 bridge, sending a pickup truck careening toward the guardrail. The truck ended up teetering over the edge of the 4-foot wall. Upon impact, firefighters said a baby — still strapped in her car seat — was thrown into the Assawoman Bay.

14-year old Alayna Oertel was behind the wheel of her family boat when she spotted something strange near the bridge.

“I saw that there was the truck over the guardrail and my first instinct was to go look and see if there were people there. So, I told my dad to take over and I pulled out the life vests," said Alayna Oertel.

Oertel’s father quickly drove to the bridge to find a man in a red shirt, waving his hand feverously and holding a baby. Firefighters said the man who jumped to save the girl was involved in the wreck and wishes to remain anonymous.

“I'm really surprised that he was not injured,” said Joe Oertel, “It's only about four to five feet deep right along where he where the accident was and where he had to jump in.”

“The first thing we did was just get them on the boat and make sure that the baby was OK,” recalled Alayna, “She was crying, so we knew that she was OK.”

Firefighters say the ocean temperature was 50 degrees Sunday; the bay slighter warmer. Crews estimated the baby and good Samaritan were in the water for nearly five minutes until the Oertel family came to their rescue. The firefighter said that the baby girl has traumatic injuries but is alive and stable.

“I was shocked at first, but now I'm very grateful that we had the opportunity to save those people in that short amount of time,” said the 14-year-old.

Her father said instincts took over.

“You're taught through your life as a child and as you're growing up, to respect and help others when needed, keeping your head on a swivel, you know, always looking around,” said Joe Oertel, “it's those little things in life that teach you. You see your 14-year old daughter going through this and just say ‘wow, she's learned and understood what has to happen in this world.”

Police have ruled out alcohol as a factor in the crash. The 7 other people who were injured have since been released from the hospital.

RELATED: Millions are not ready for new Bay Bridge tolls. Here's how to avoid paying extra this summer

Update: Baby is in stable condition. She was still strapped into her car seat when she fell into the Bay. Fire Dept. estimates she & good Samaritan were in water 4-5 minutes before being rescued.

Exclusively on @wusa9 at 6: hear from boaters who plucked them out of the water. https://t.co/kh8jroHhFz