“Despite lower travel volumes during the pandemic motor vehicle fatalities increased 6.4% in 2020" 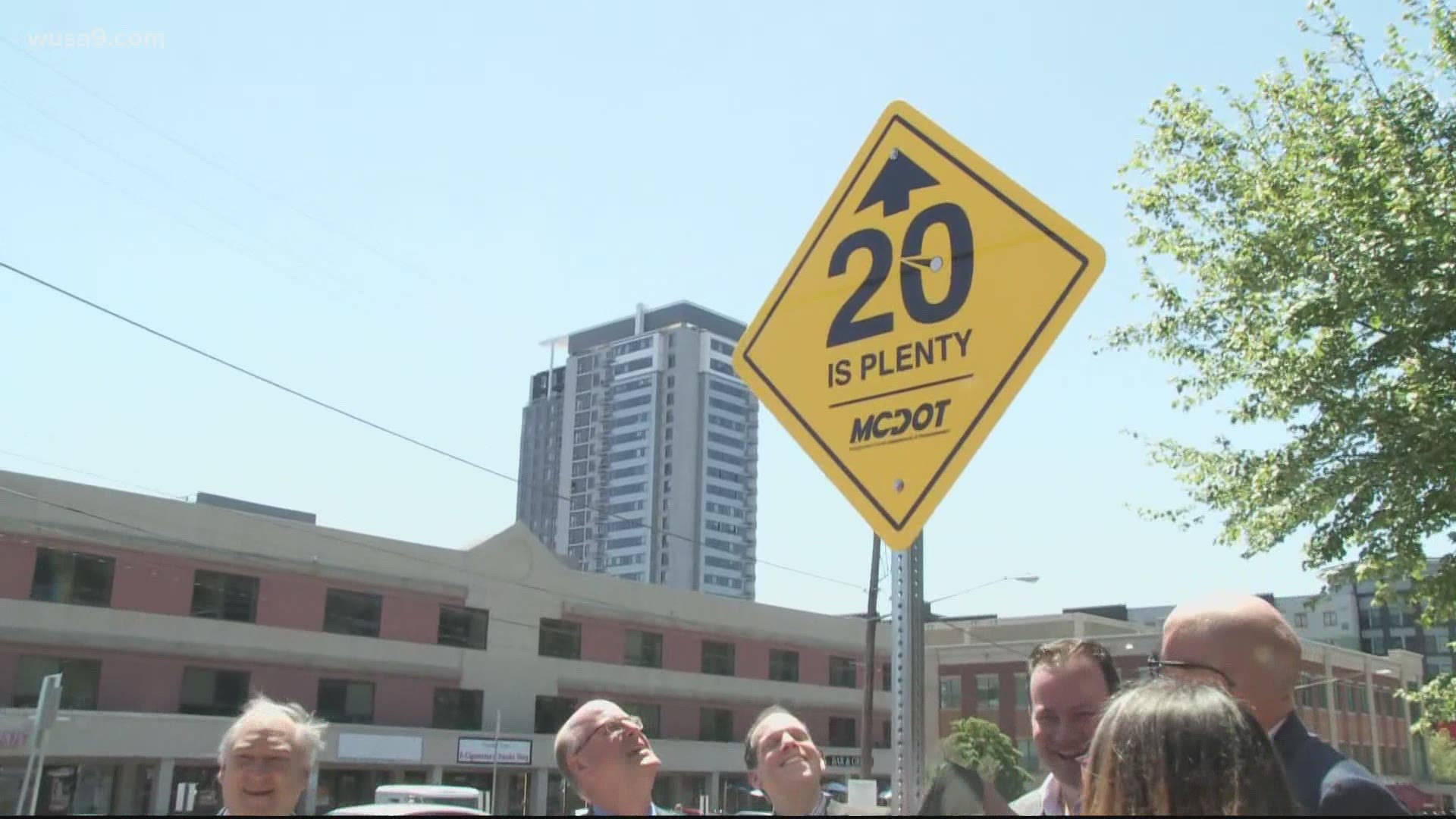 MONTGOMERY COUNTY, Md. — Excessive speed continues to be one of the leading causes of crashes involving vehicles and pedestrians. Despite most working from home last year, Montgomery County saw near record deaths.

With 2020 having proved to be a deadly year in the county, local leaders are hoping that decreasing the speed limit to 20 miles per hour will slow drivers down and save lives.

On Thursday, the county unveiled the pilot program, saying when it comes to speed limits, "20 is Plenty."

Streets included in the pilot program are designated in the Montgomery County road code as Urban Roads. The five pilot roadways include:

“We’ve got to stop calling crashes accidents. I like that language because these are actually things that could have been prevented. It wasn't an accident that somebody decided to do something they shouldn't be doing,” Montgomery County Executive Marc Elrich said.

Kristy Daphnis, who chairs The Pedestrian, Bicycle and Traffic Safety Committee said the roadways throughout the state have become more unnecessarily dangerous.

“Despite lower travel volumes during the pandemic, as noted in previous speeches, motor vehicle fatalities increased 6.4% in 2020,” Daphnis added.

In 2019, Montgomery County saw 1,200 speed-induced crashes. 32 people died as a result. Three of the new “20 is Plenty” signs were unveiled across the county on Thursday, dropping the speed to 20 miles per hour.  MCDOT Director Christopher Conklin is hopeful more of these signs will be going up around the county.

“We have about 70 streets we've already identified, and most of those are in our business district areas or older dense urban communities where there's a lot of walking,” Conklin said.

But some people, like Peter, who work in the area are not as optimistic about the change in speed and said focus needs to be elsewhere.

“They need to widen the road, especially right here, because it causes traffic jams right here because this one goes to a right turn only, and obviously it's congested, and we can use more space,” Peter Axaopoulos said.

Conklin said right now, their goal is to make sure everyone gets where they’re going safely, be it on foot or by car.

“What we're hoping is that the driver sees the signs and knows that they're entering an environment where they need to be more cautious,” Conklin added.

Programs like this are already in place in other parts of the country, primarily on the west coast.

The Vision Zero speed reduction program, "20 is Plenty," in North Bethesda. The program will lower speed limits to 20 miles per hour on targeted streets to promote safer roadways for pedestrians and bicyclists. .@WUSA9 pic.twitter.com/VcBSWfBTIE

Credit: MDOT
Streets in Germantown where speed limit is now 20 miles per hour