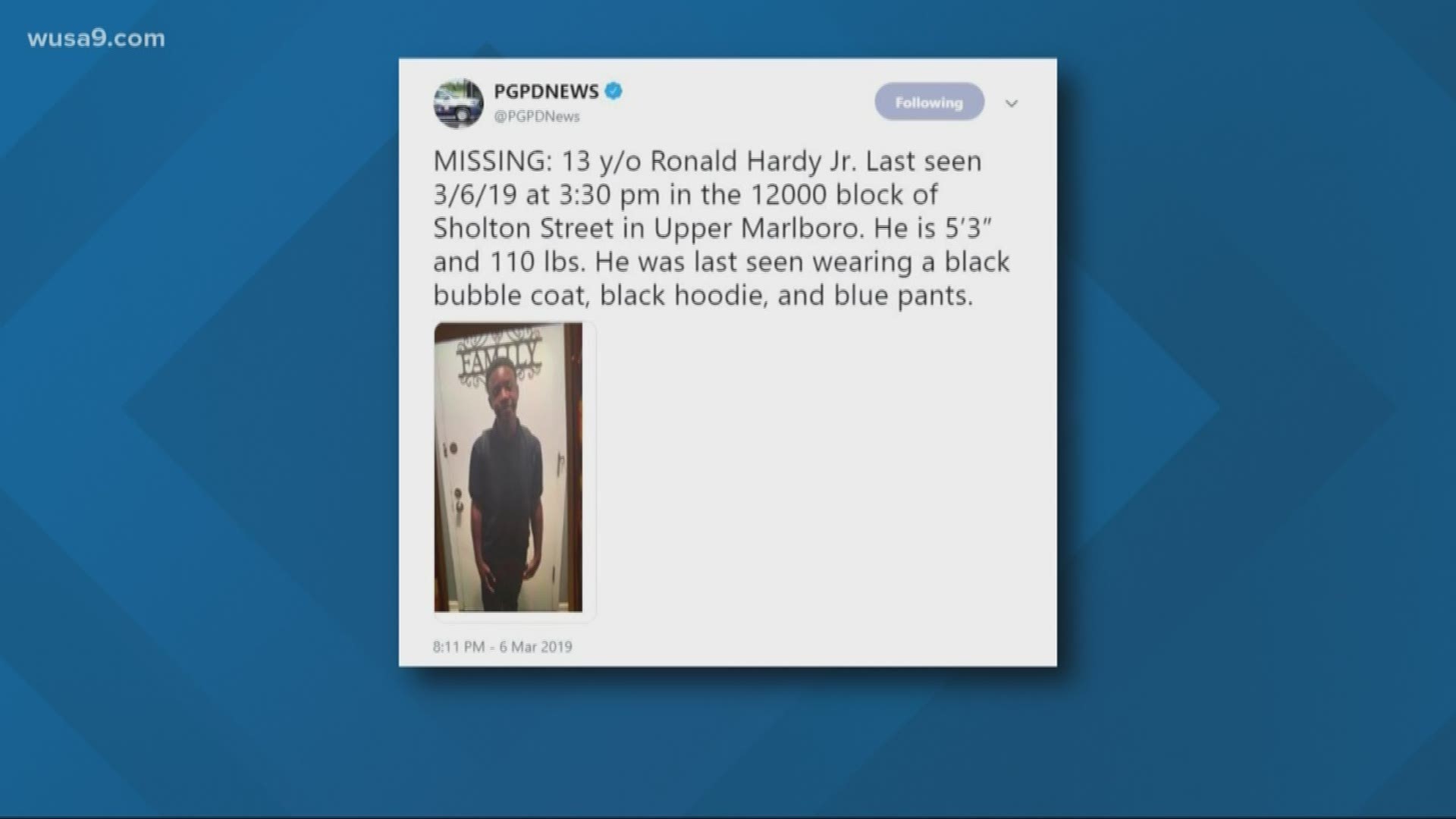 WASHINGTON — DC Police are asking for the public's help in locating a missing teenager. Markale Funderburk, 13, was last seen on Rhode Island Avenue Northwest on Wednesday.

The 13-year-old is described as a Black teen with a dark brown complexion, short black hair and brown eyes. Police say he's between 5-foot-3 and 5-foot-5 and weighs approximately120 pounds. He was last seen wearing a white tank top with light blue dots, red shorts, and black flip flops.

This is an active investigation and police say anyone with information on where Funderburk is should call 202-727-9099.

RELATED: It has been 7 years since Relisha Rudd disappeared. Here's how the community is making sure her case is not forgotten