Undeveloped film could reveal clues leading to Joseph L. Jones or his family in D.C. 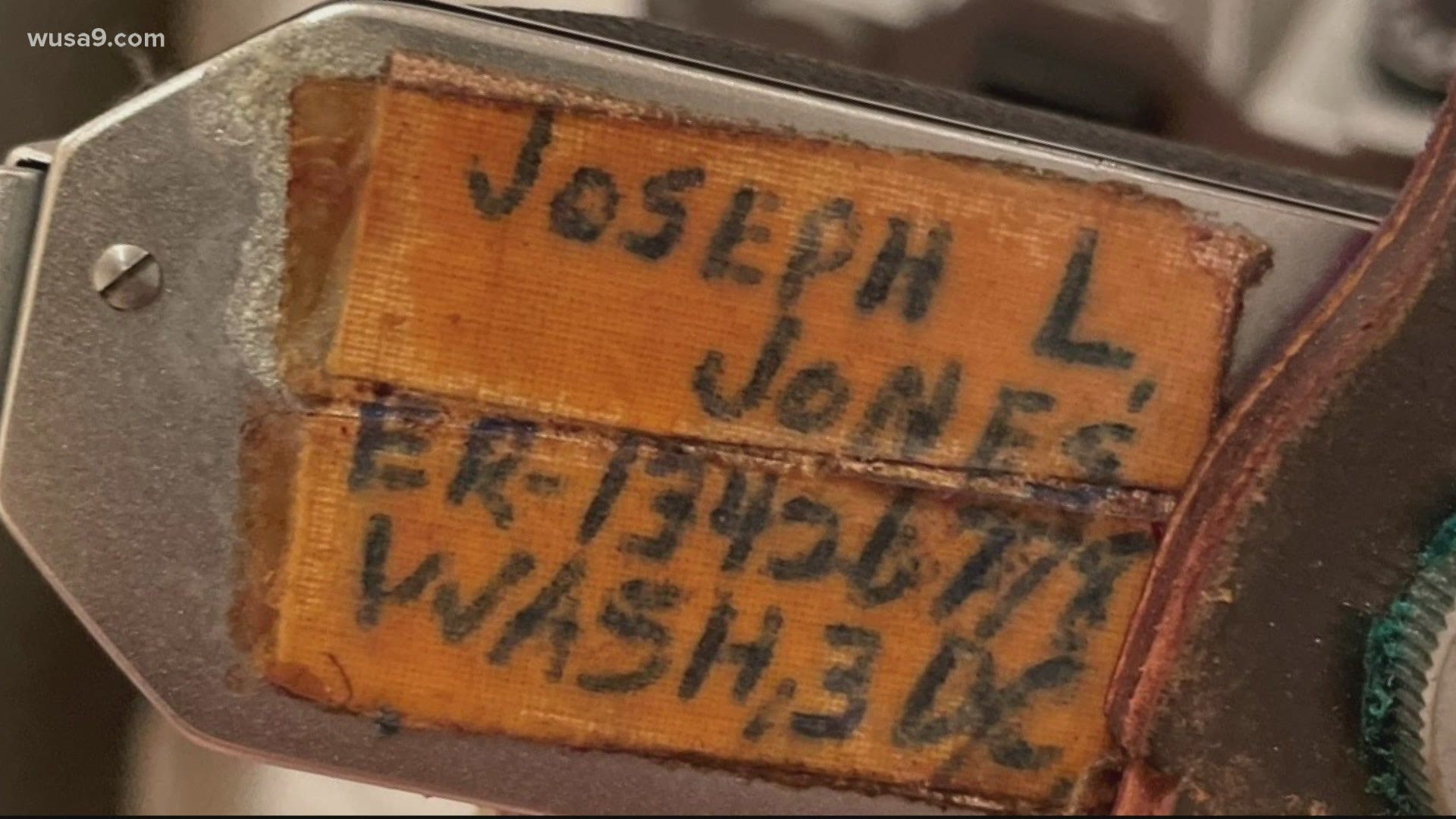 COLUMBUS, Ga. — Sidney Goodman is constantly on the lookout for vintage cameras. She's just returned to the United States after living in South Korea.

One of her first stops was a Goodwill store in her new hometown of Columbus, Georgia. She and her husband were just there to browse.

"It was like in a Goodwill in the back in an electronics area," said Goodman, giggling with excitement. "It was a really good deal."

What she found was a leather camera bag with two vintage 35mm cameras and two rolls of undeveloped film. The photography gear was engraved in multiple areas with the name "Joseph L. Jones, Wash, 3 DC."

What's on the 40 year old undeveloped film?
A woman in Columbus, Georgia paid $6.99 for some old camera gear at Goodwill.
That gear belonged to someone who lived HERE.
Do YOU know Joseph L. Jones from Washington, D.C.?
I'm getting the pics in an hour. Story @wusa9 11pm. pic.twitter.com/SJwtutzBgy

"He clearly loved this stuff. He went crazy, I guess, engraving everything," said Goodman.

"This is the Petri 2.8 and this is the one that had the film in it," Goodman told WUSA9.

Credit: Facebook
Sidney Goodman posted the story on Facebook hoping to track down the owner or his family.

Goodman has turned into an amateur internet sleuth over the past several days, trying to track down Joseph L. Jones or any living relatives in the Washington, D.C. area. She posted photos of the photography gear and the Goodwill backstory to a D.C. professional and amateur photography Facebook page hoping to get answers.

"I'm not sure if the person who owned it is alive anymore considering its from the 1970's," said Goodman, "but I was hoping I could at least track down the family."

Goodman took one of the undeveloped rolls of film to her local Walmart store in Columbus. She expects to get the photos back early next week. She can hardly wait.

"I'm so curious!" she said. "Because it came with a Disney World brochure so I'm really hoping its pictures at Disney World."

Credit: Sidney Goodman
This is the engraving on the bottom of the camera.

Truth be told, there could be anything on the film. The missing angle from the 1963 assassination of President Kennedy or pictures of the 1972 Watergate burglary.

Of course, it could just be Joseph L. Jones and his family at Disney World in Orlando.

RELATED: Police explain why some saw a white tiger on the side of I-270 in Montgomery County