The incident was caught on video and witnesses say the officer's use of force was unnecessary. 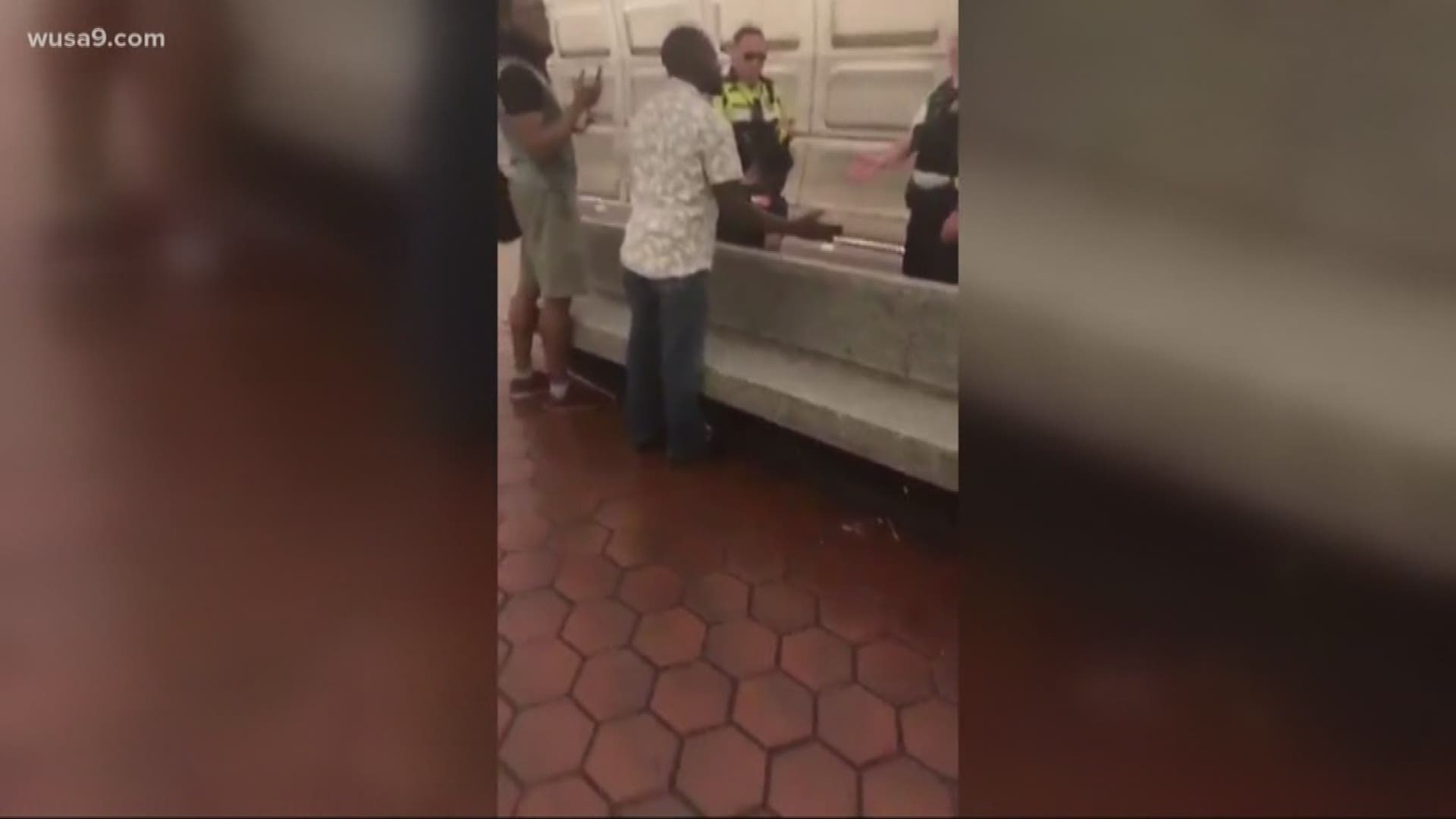 WASHINGTON -- Metro Transit Police are opening an internal investigation after a video surfaced online showing an officer using a taser on an unarmed man.

Police said the incident happened around 5:42 p.m. Saturday at the U Street Metro Station as officers were responding to a call for juveniles threatening riders with sticks on the platform.

Officers responded to the platform and attempted to detain two juveniles who witnesses say were trying to flee the scene.

The video shows the man, who was not involved in the incident, asking police questions before the situation escalated.

One officer deployed his taser and pinned the man to the ground, claiming he was interfering with the investigation.

Police charged Tapiwa Musonza, 29, with assaulting an officer, obstruction of justice and resisting arrest. Those charges were dropped on Monday.

Video of the incident posted to Twitter by Black Lives Matter DC sparked outage about the officer's use of force on Musonza.

Melissa Laws, the mother of one of the children who were detained, her 13-year-old son Malaki and his 14-year-old friend, Bryan said the kids were not hurt or formally arrested.

In a statement Sunday, MTPD says they are launching the investigation as to how the officer handled the incident and whether or not his use of force was appropriate.

MTPD said Musonza tried to intervene and "exhibited behavior consistent with preparing to fight the officer.”

RELATED: 'The man had done nothing' | Witness recalls U Street Metro taser incident

However, Kegan Queen, a witness to the incident disagrees.

“The idea that this is the fault of anyone except the officer is blatantly untrue," Queen said. "The man who was tased had been complying with the orders of the other two officers on the scene already, before the new officer came sprinting down the stairs barking orders. He was on the other side of the immovable stone bench from anyone, and had till this point not been a problem for anyone, and had in fact been the peace keeper between the children that hadn't been arrested, and the police on the scene."

Queen said the officer in the video pushed Musonza and was "barking orders" rather than remediate the incident.

"This is a clear case of a lack of training on behalf of the police, and he needs to be let go of his job without pay immediately," said Queen.

Councilmember Robert White Jr. also took to social media to express his concerns with police use of force in the incident.

“The violent and dangerous escalation here by @wmata Transit Police is terrifying. It put lives unnecessarily in danger and it breeds anger and distrust that move us further away from public safety. I have contacted the Chief of WMATA Transit Police," White tweeted.

Police said the juveniles who were detained were later released to their parents and no victims were found. No injuries were reported.

“We take use-of-force matters seriously, and we are committed to fostering the public's trust in us," MTPD police said.