The Senate voted 47-0 for the measure Monday, sending it to the House. Sports wagering could begin as soon as the fall. 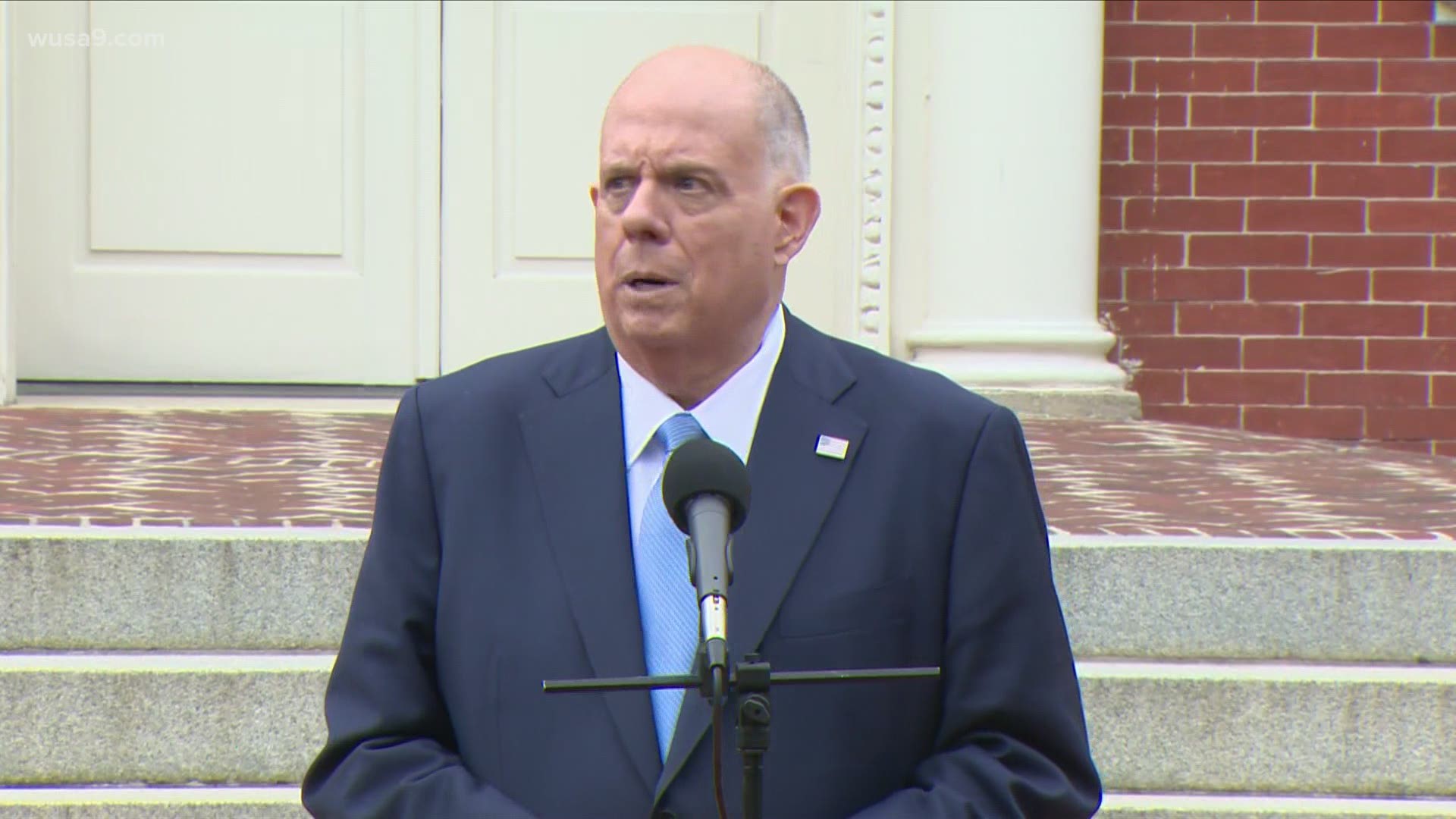 ANNAPOLIS, Md. — Maryland lawmakers neared a final vote Monday on legislation to implement sports betting in the state on the last day of the state's legislative session.

With top-priority legislation on pandemic relief and police reform already passed, lawmakers were working on wrapping up the 90-day session, which was scheduled to adjourn at midnight.

Lawmakers announced an agreement early in the day on how many licenses would be allowed for sports betting, which voters approved with 67% support in November. Sports wagering could begin as soon as the fall.

Licenses would be allowed at the state's larger casinos, the stadiums where the state's three professional sports teams play and horse racing tracks. The state also would allow 30 licenses for businesses that want to offer sports betting and up to 60 more licenses for online betting. The number of licenses represents a compromise after the Senate proposed lifting caps.

“By Dec. 1, 2025, we'll revisit it to see if there's more licenses that need to be issued to meet demand,” said Sen. Craig Zucker, a Montgomery County Democrat.

The Senate voted 47-0 for the measure Monday, sending it to the House.

Lawmakers are still weighing a measure that would take the governor out of the parole process. The measure would repeal the requirement that parole for an inmate serving a life sentence must be approved by the governor. It would put the decision in the control of a parole commission instead.

Another measure that is pending is the Senate president’s bill that would exempt the news media from a first-in-the-nation tax on digital advertising. It also would prohibit Big Tech companies from passing the cost of the tax on to consumers. Earlier this year, lawmakers overrode Hogan’s veto of the measure, which is being challenged in federal court.

Lawmakers neared the end of a productive session, despite being slowed by precautions they've had to take because of the COVID-19 pandemic.

“We’ve gotten through what a lot of people did not think was going to be feasible,” Senate President Bill Ferguson told senators Friday, referring to the difficulties of holding session during a pandemic.

Lawmakers passed an extensive package of police reform measures. It includes repeal of police job protections in the Law Enforcement Officers Bill of Rights, a statewide use-of-force policy, limits on no-knock warrants and an expansion of public access to records in police disciplinary cases. Gov. Larry Hogan, a Republican, vetoed those measures, but the legislature overrode the vetoes Saturday.

“Maryland has long been a leader on voting rights. We’re just continuing that tradition, but I think the 2020 election showed that voters like options, so you’re seeing us pass legislation to make sure they have options to cast their ballots," said Del. Eric Luedtke, a Montgomery County Democrat.

Lawmakers also voted to settle a 15-year federal lawsuit over inequitable funding at the state’s four historically Black colleges and universities for $577 million. Hogan has signed the measure.

Earlier in the session, lawmakers overrode Hogan’s veto from last year of a sweeping 10-year plan to improve the state’s K-12 schools, which is known as the Blueprint for Maryland’s Future. They also passed a bill this year to revise the plan to adjust for learning loss due to the pandemic, including more tutoring and money for digital devices.