Some described the traffic as a "nightmare" and questioned priorities. 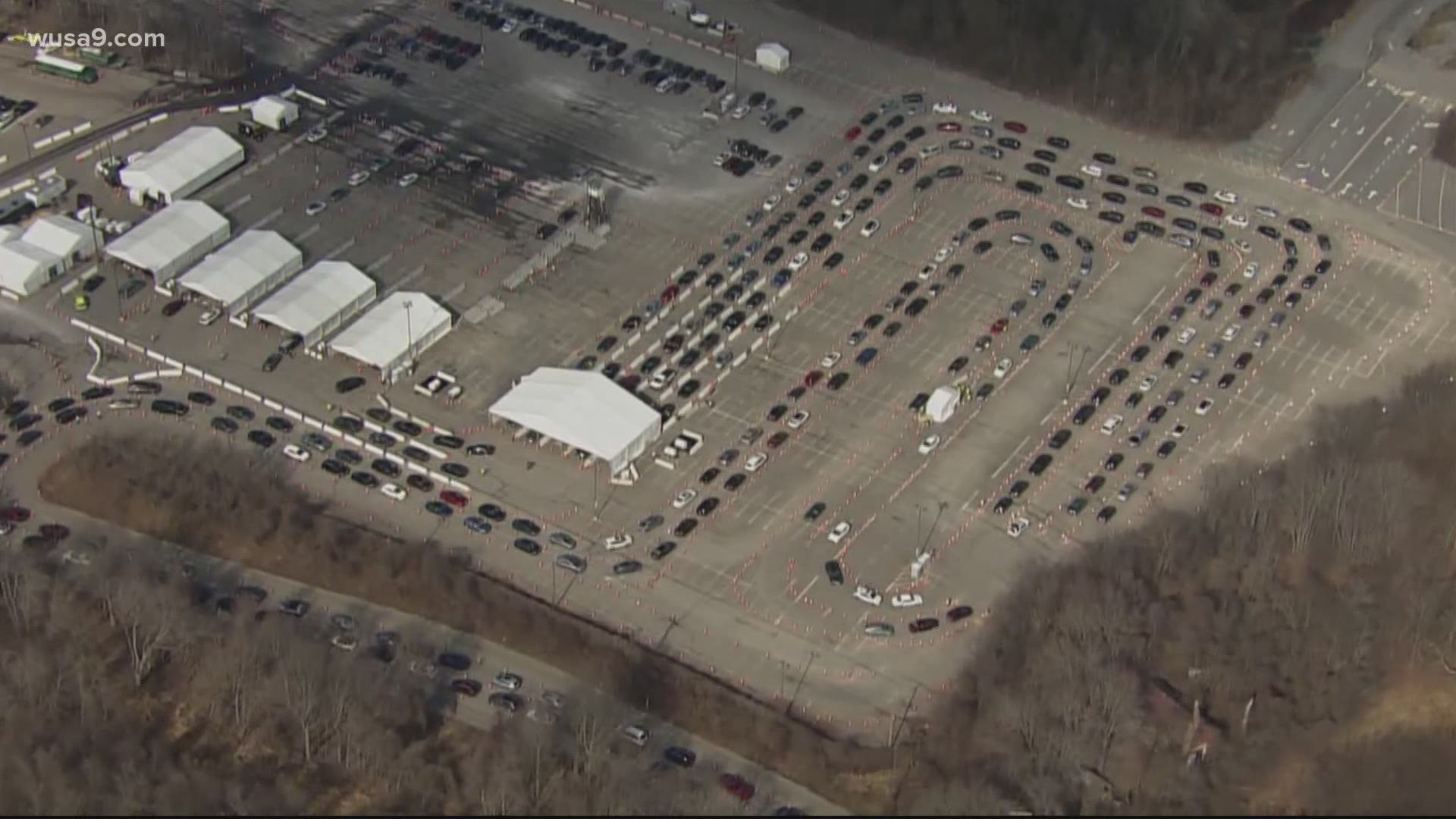 BOWIE, Md. — Angry vaccine seekers Saturday questioned why the Six Flags America amusement park in Bowie, Maryland, opened its gates for the season at the same time operations at the state-run mass vaccination site there are ramping up.

Some described the traffic as a "nightmare" and questioned priorities.

Six Flags has been trumpeting this opening as its earliest ever. But, the result was motorist complaints of traffic confusion.

"I don’t think it was good timing," quipped one vaccine seeker who had been crawling in her vehicle down Central Avenue for more than an hour as amusement park patrons attempted to merge into the park's main entrance.

Motorists complained that some vaccine seekers were being directed into the amusement park, only to snake through parking lots and return to the same long line they'd left previously which was headed for a different entrance dedicated exclusively to vaccine operations.

"I just don’t understand why with the Johnson & Johnson roll out there [are] more appointments available," complained Kelly Grosskopf, who was driving her mother to a vaccine appointment. "It just doesn’t seem like it's necessary to have the park open in this weather at this time of year."

"They could have delayed the opening of the park for a couple of weeks to make vaccination the priority," Grosskopf added.

#SixFlags #Vaccine traffic. Estimate 1.5 mile line wrapping from site to 214/Church RD. Pack your patience and consider how you might deal with need for facilities (hint: there are none until you get to the site, note vax seekers headed to the woods in pic) ⁦@wusa9⁩ pic.twitter.com/wTohH1L21u

Michael Ricci, a spokesman for Maryland Gov. Larry Hogan, said, "This was anticipated, given how much we continue to increase output at the site."

"Transportation, law enforcement, and park officials are in the process of implementing protocols to account for more vehicle accumulation, improve flow into the site, eliminate congestion at the park entrance -- and most importantly -- increase safety for everyone," Ricci added.

"We continue to ask individuals with appointments to arrive no more than 15 minutes early, and to not cut in line. There are enough vaccines on hand and vaccinators on duty to get to everyone who has an appointment," Ricci said.

The Prince George's County Police Department advised drivers Saturday to not enter the site using the Six Flags America main entrance and to use the vaccine line beginning at Central Avenue Westbound at Hall Road instead.

Health officials said the vaccination site located on an outer parking lot at Six Flags is now cranking out about 4,000 shots per day and hoping to increase the pace to 500 vehicles per hour.

Hogan announced Saturday that the state broke its single-day record and reported 50,484 doses of COVID-19 vaccines administered over the past 24 hours and exceeding 50,000 for the first time.