The Frederick County Sheriff's Office says he is also on suspension for an unrelated matter with the Rockville City Police Department. 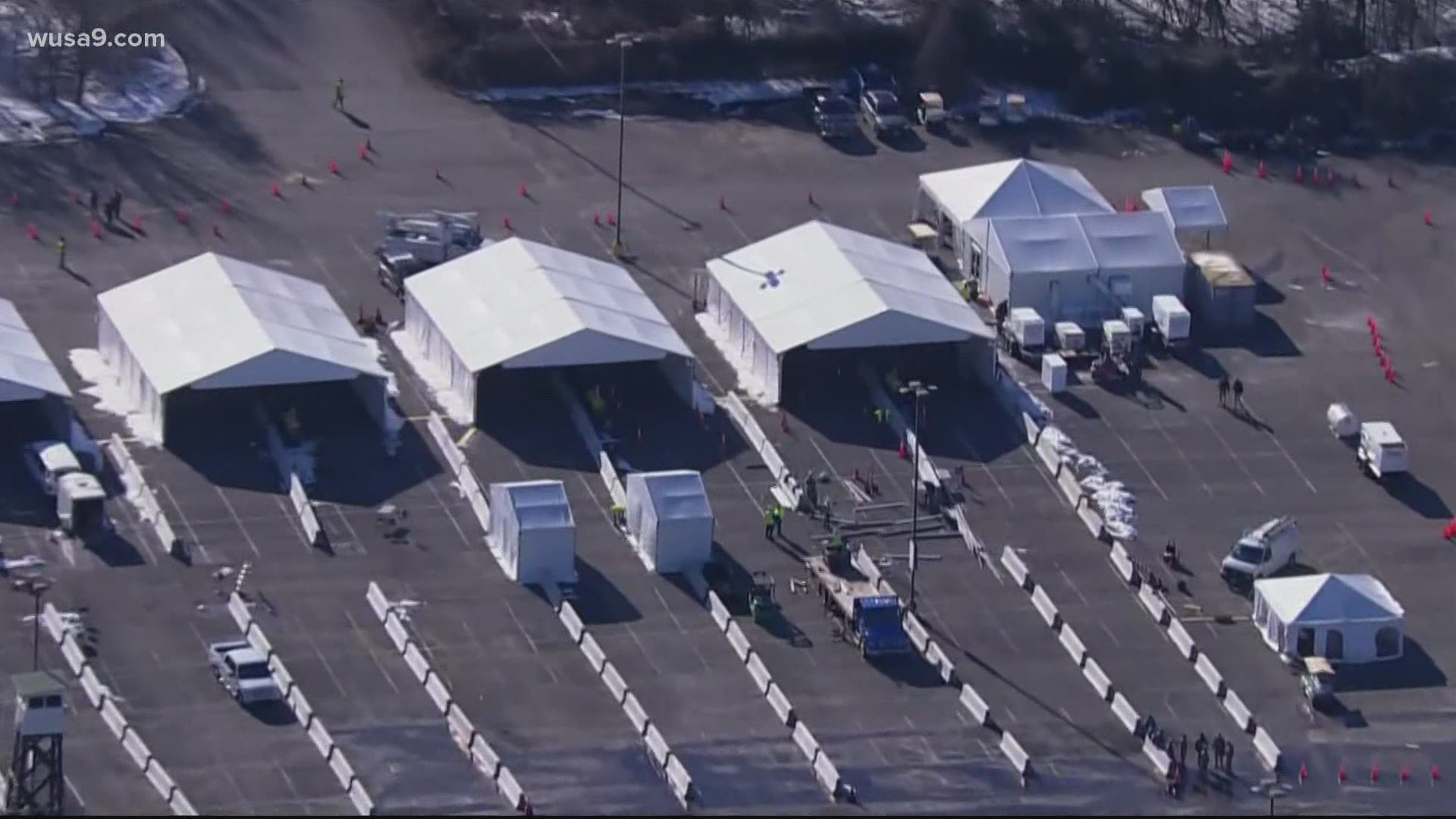 Police said Daniel Joseph Morozewicz, of Frederick, was arrested around 9:15 a.m while on active duty at the Six Flags America mass COVID-19 vaccination site in Bowie.

The U.S. District Court for Maryland issued a federal search warrant for Morozewicz's home and car on Feb. 23. before FCSO detectives found him and detained him without incident at Six Flags on Friday.

Detectives said later that day they found additional evidence from Morozewicz’s home that showed images of child pornography and placed him under arrest.

Morozewicz was charged with one count of child pornography. He was taken to the Frederick County Adult Detention Center for booking. Police said he is currently on suspension for an unrelated matter with the Rockville City Police Department.

The city of Rockville and the Maryland National Guard have not responded to WUSA9's requests for comment.