Jose Villalta says he was detained by the Maryland Department of Natural Resources' officers while cutting a tree. 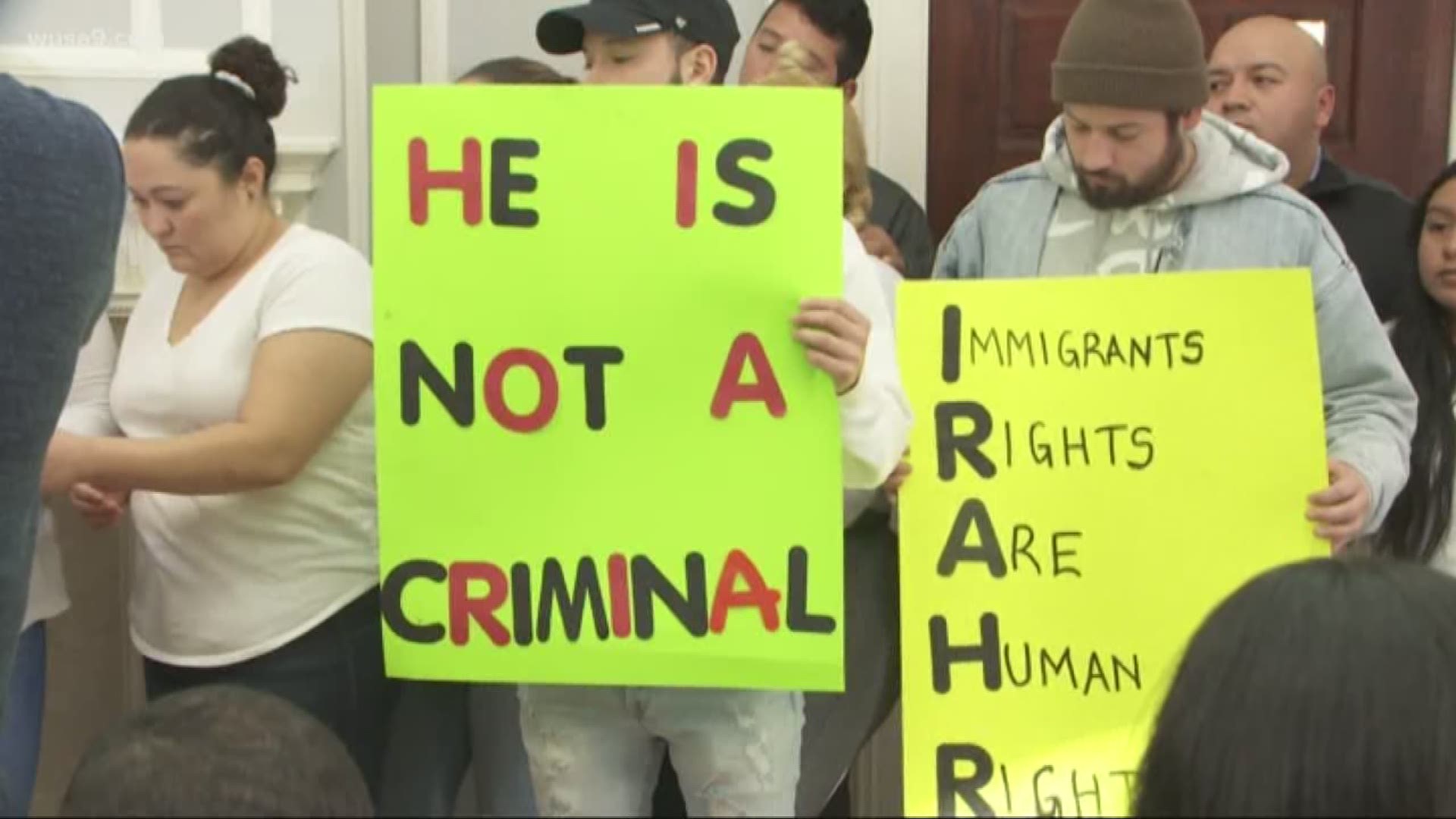 ROCKVILLE, Md. — The family of Jose Villalta fought back tears as they held signs saying families belong together and he is not a criminal at CASA's Maryland headquarters Monday.

For the past 110 days, CASA says the 31-year-old Rockville man has been in a detention center in Frederick County, Maryland and faces deportation back to his native El Salvador.

"We are having these situations in our community where ICE is using Gestapo type of tactics to take people from their families that is the crux of the issue," Gabriel Acevero said.

The incident happened back in August when Villalta was cutting a tree down at a relative's house. CASA says Maryland DNR police showed up and found the undocumented immigrant did not have a license to cut the tree down.

RELATED: Faith and community leaders are calling for the release of a woman who was detained by ICE

Lawyers representing the Rockville man say he was handcuffed and detained until he was handed over to ICE.

CASA says Villalta should have been fined only but says DNR officers arrested him instead, violating his constitutional rights. Villalta is now suing DNR.

WUSA9 spoke to Maryland DNR who says they don't comment on pending litigation. But shared with us a letter they sent to the Latino caucus.

In the letter, DNR's acting superintendent says that the DNR officer ran a check on Villalta and found there was an ice warrant for deportation.

But he goes on to say this was an administrative warrant and as a matter of policy, officers don't act on detainers.

Credit: Janice Park
Jose Villalta says he was detained by the Maryland Department of Natural Resources's officers while cutting a tree.

Maryland DNR has since revised its policy and educated their officers. And for Villalta, he remains detained.

RELATED: 'It's not what America stands for' | Activists protest ICE, detention centers outside ICE headquarters