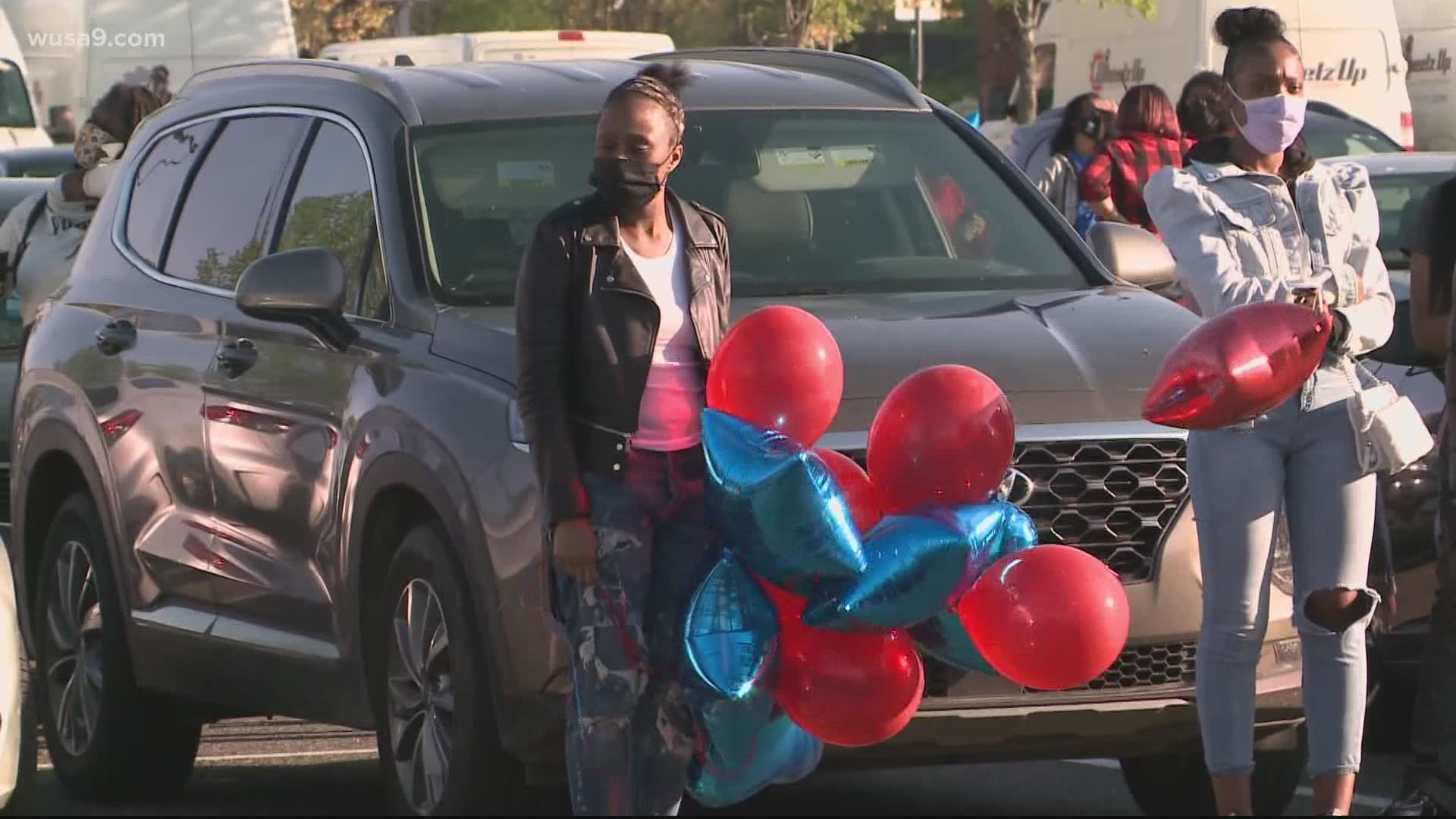 FORESTVILLE, Md. — Hundreds of people gathered in a Prince George’s County parking lot Monday to remember a 13-year-old boy who lost his life to gun violence.

Police say the 12-year-old shot Douglas and stabbed another 13-year-old at a shopping center located on the 1700 block of Ritchie Station Court in Capitol Heights Saturday night. The other 13-year-old has since been released from the hospital.

A candlelight vigil in honor of Douglass took place Monday evening in the same parking lot where he was killed. Douglas’s mother said she appreciated the support shown to her family by the community.

“I’m suffering,” said Douglas’ mother Jaka McKnight. “My son is suffering. My daughter is out here somewhere suffering. We don’t have my son.”

Prince George’s County Executive Angela Alsobrooks has shown up to a vigil to remember 13-yo King Douglas. A 12-yo has been charged in connection to his murder, Saturday, in Capitol Heights. (@wusa9) pic.twitter.com/0kiQGlcAW2

McKnight said she had dropped her son off to go to Dave & Buster's nearby shortly before this incident happened Saturday. She pleaded with local children to stop any disagreements they may have with one another.

Prince George’s County Executive Angela Alsobrooks attended the vigil. She said as a mother she could not imagine the pain the Douglass family is going through.

Prince George’s County Police Major Brian Reilly asked parents to make sure they do not leave their children unattended. He said unattended teens were involved in several fights at the location where Douglas was murdered.

“This is a problem of adults dropping off their kids and saying, ‘call us when you’re done doing whatever you’re going to do for the next several hours and that fostered the environment that we found,” he said.

Prince George’s County Police say the shooting did not appear to be random.

Alsobrooks said the county plans to make an announcement later this week about constructive opportunities it will provide local children this summer.