The victim, later identified as King Douglas, 13, of Upper Marlboro, was pronounced dead on the scene. 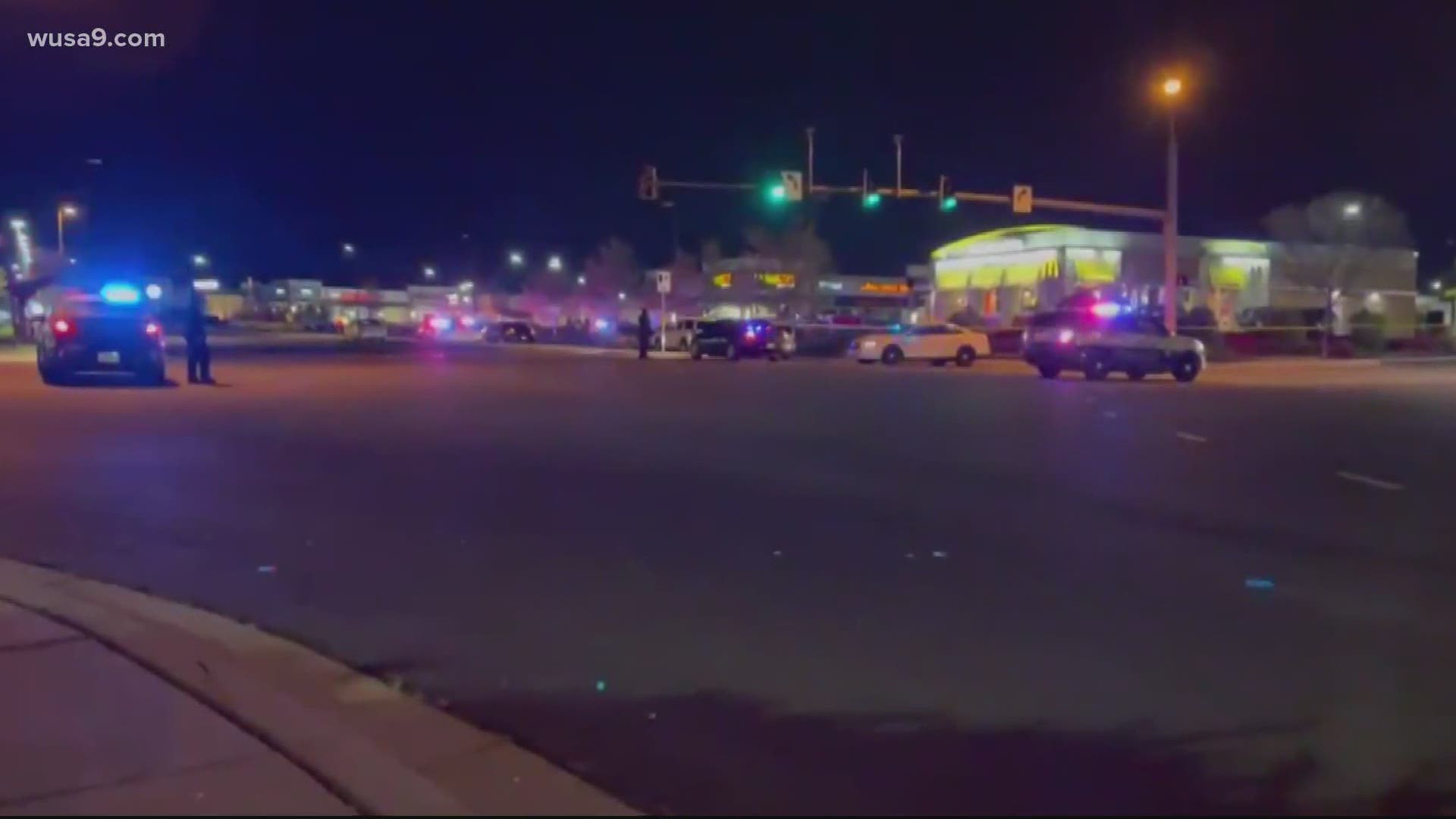 FORESTVILLE, Md. — Prince George's County Police have arrested and charged a 12-year-old boy from D.C. with first-degree murder after they believe he shot and killed a 13-year-old during a dispute in Forestville late Saturday evening.

According to police, the shooting stemmed from an argument between two groups of juveniles at around 10:15 p.m. in the shopping center in the 1700 block of Ritchie Station Court in Forestville, Maryland.

Once on scene, police say they located the victim outside suffering from a gunshot wound. The victim, later identified as King Douglas, 13, of Upper Marlboro, was pronounced dead on the scene.

A second victim, a 13-year-old boy, was located nearby suffering from stab wounds. Police said his injuries are not considered life-threatening and he has since been released from the hospital.

Credit: WUSA9
Prince George's County Police have arrested and charged a 12-year-old boy from D.C. with first-degree murder after they believe he shot and killed a 13-year-old during a dispute in Capitol Heights.

The 12-year-old charged "had a hearing today, and remains in custody,” said the Prince George's County District Attorney.

Detectives do not believe that this was a random shooting. Officials are working to identify and arrest the suspect who stabbed the surviving victim.

If anyone has information relevant to this investigation, they are asked to please call Prince George's County Police at 301-516-2512. Callers wishing to remain anonymous may call Crime Solvers at 1-866-411-TIPS (8477).

RELATED: Police: Man charged with 2nd-degree murder in the death of coworker at a Fairfax Co. parking garage

RELATED: 'Things went left and that's why I did it' | Court documents offer grim details of SE DC triple shooting