Mount Nebo Methodist Cemetery in Maryland is working to uncover the remains of slaves and ancestors. 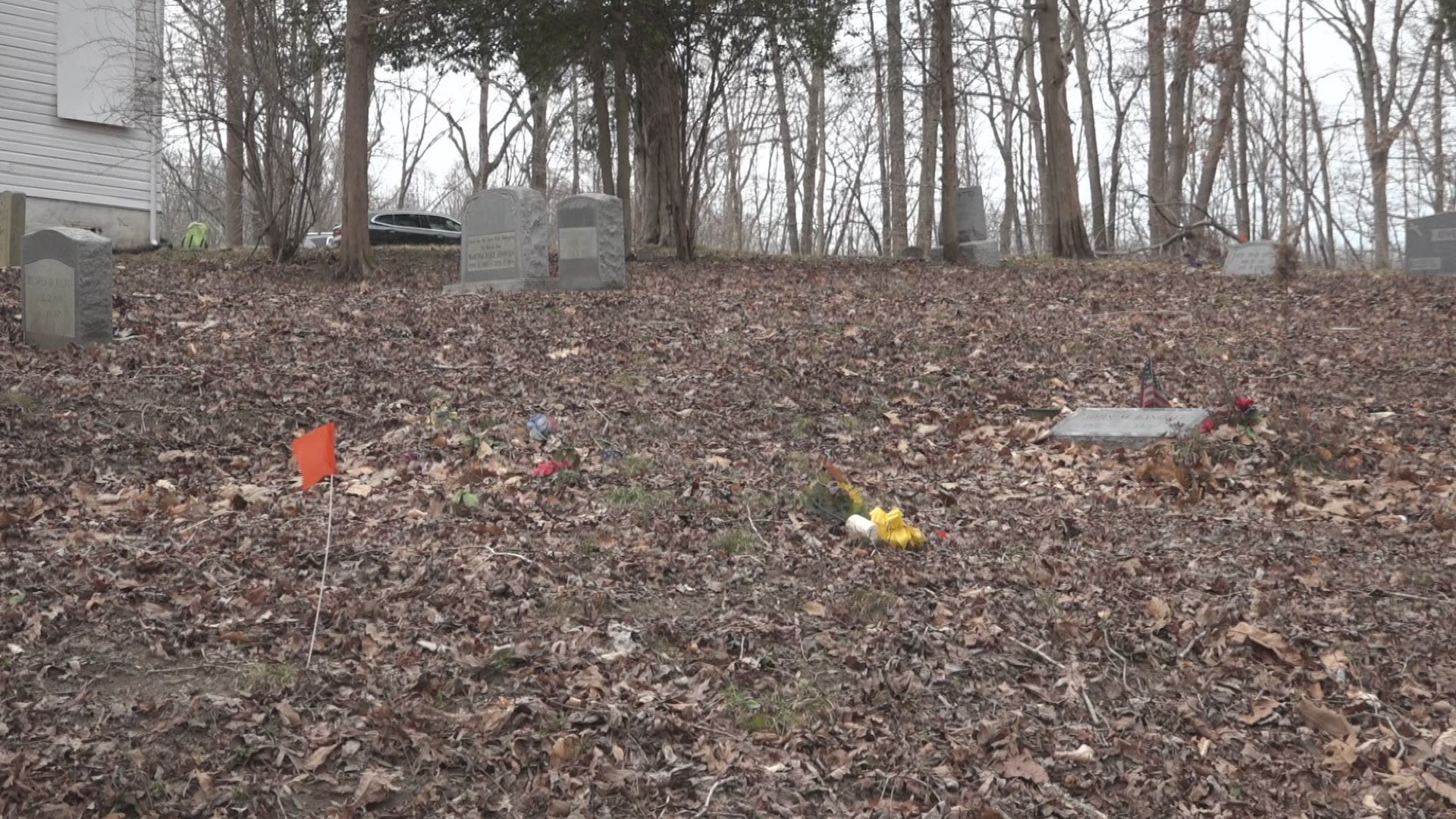 BOWIE, Md. — A historical society in Prince George's County is discovering how to locate human remains in a centuries-old Black church cemetery.

Archaeologists surveyed the burial grounds at Mount Nebo AME church near Bowie on Friday. They were using a radar to find bodies buried on the property that dates back to when the enslavement of African Americans was still legal.

"We bury the dead to return the people to the ground," said Tim Horsley, an archaeologist with Northern Illinois University who is working at the cemetery.

The original church was built in 1877 for use as an African Methodist place of worship and burial site for people of color.

Horsley said he looks for remains by going around doing non-invasive geophysical surveys. He said he was approached by the church community because they wanted to do an investigation of the historic cemetery to map out both marked and unmarked graves.

He said he comes in with a ground-penetrating radar to cover the area "very systematically" on a grid and try and detect as many anomalies as he can that indicate where the burials are.

"I can map the whole thing," Horsley said, explaining that the device sends pulses of energy into the earth. It shows a reflection any time there is a change in the soil's properties.

Sites like the one in Prince George's County typically have voids in the ground associated with a burial, he said. Those small spaces of air are usually left by a casket.

"Somebody had to dig a grave for them, so we'd come out and we'd dig the grave. We did mark graves in those days, but marking a grave would be taking two sticks and making a cross," church member Walter Savoy said.

"No one had the funds to buy a tombstone. I think it's important to know how far the gaves went," he said. "It would be people like me and some of the others that I know in the community who would know."

"To be able to go to a cemetery where the community are still around and they're interested, and you can locate their ancestors, their relatives potentially, it's great to have folks come out," Horsley said.