Officials said he made multiple calls to a synagogue in Owings Mills, threatening to kill members of the congregation. 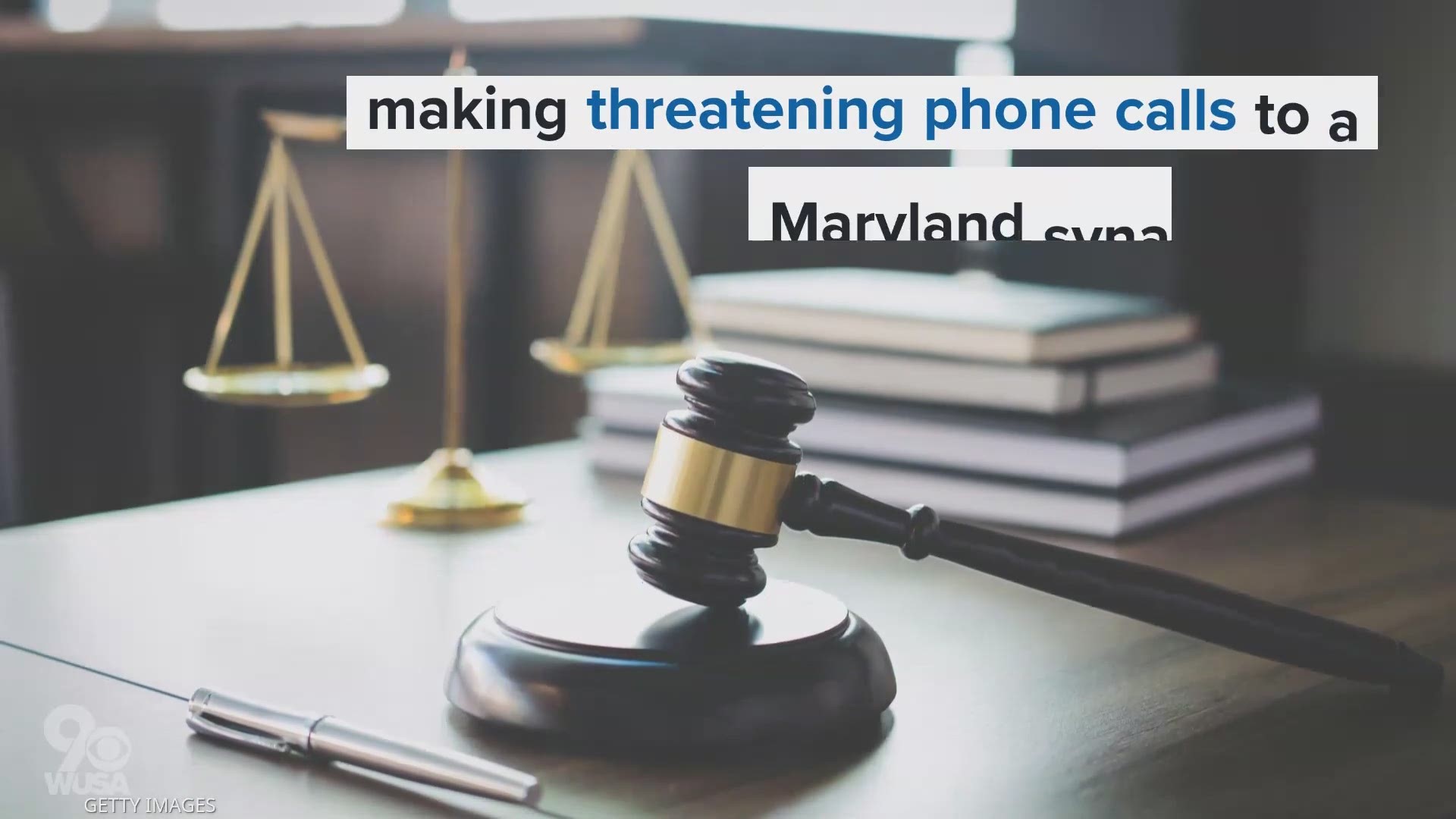 WASHINGTON — A 64-year-old man is facing federal charges after being accused of making threatening phone calls to a Maryland synagogue.

According to the US Attorney for the District of Maryland, Stephen Lyle Orback made multiple phone calls to an employee of a synagogue in Owings Mills, Maryland, "threatening to kill many members of that Jewish congregation."

If he's convicted, he could spend up to five years in federal prison.

RELATED: 2 dead after 3 separate DC shootings in less than 2 hours

According to court documents, Orback is accused of making several calls to an office manager from the synagogue. At first, she answered, but let it go to voicemail after a few calls.

The calls also specifically referenced a meal service the synagogue helps with on Saturday afternoons, according to court documents.

In another voicemail, the caller threatens a "surprise" coming Saturday.

"Come Saturday morning, surprise of a lifetime," the caller said. "F**k your world up."

Officials said Orback is currently detained in Colorado on unrelated state charges.  According to court documents, Orback has a record of felony arrests and convictions, including violent crimes. There also are outstanding warrants for his arrest in several jurisdictions, documents said.