That marks the 103rd homicide for D.C, an increase of more than 8% from last year. 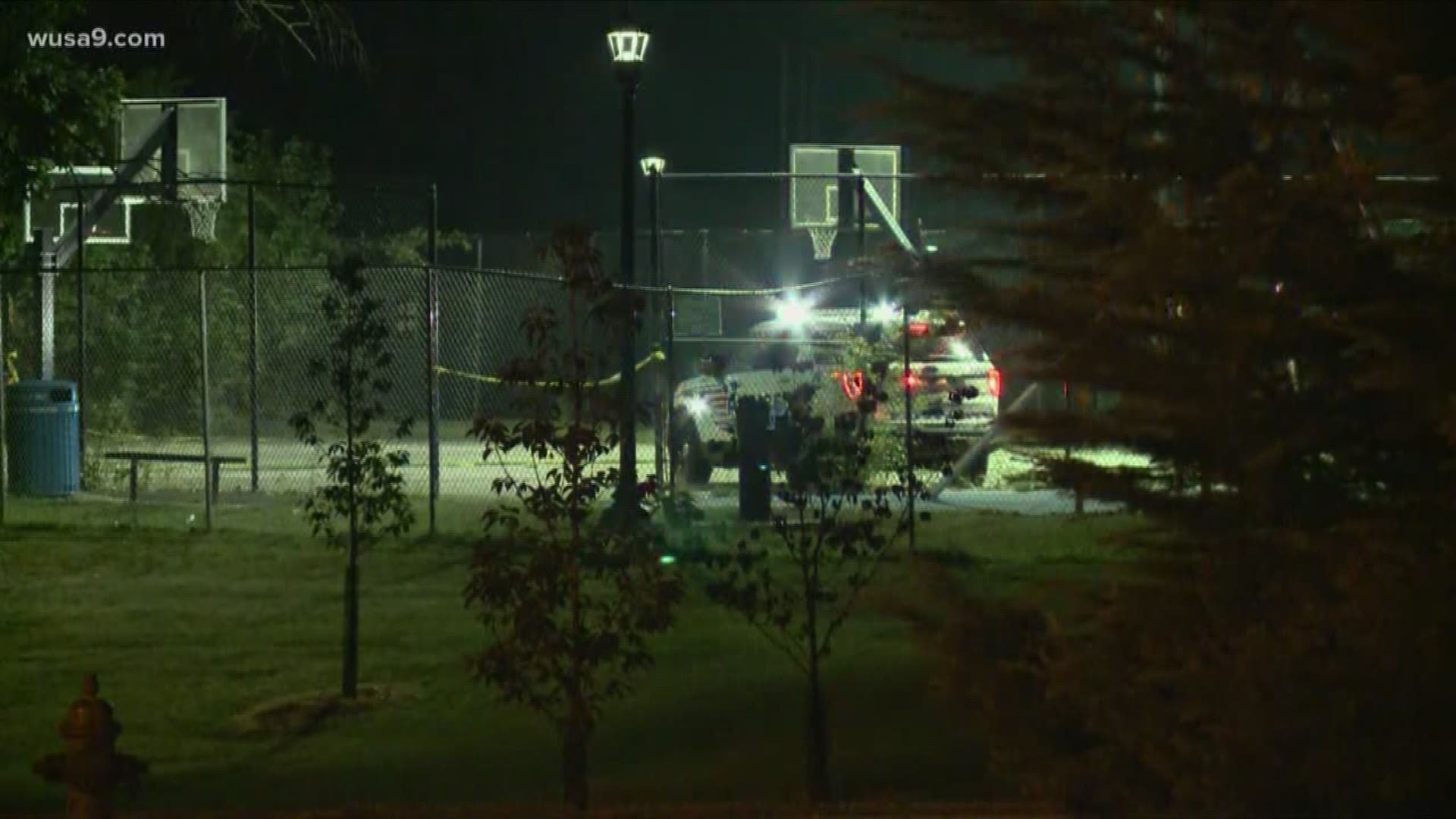 WASHINGTON — Two people are dead after three separate shooting in the District in less than two hours Wednesday night, police said. This marks the 103rd homicide in the D.C.

At this time last year, D.C. police reported 95 homicides. That's an increase of more than 8 percent.

The violent night started around 9:05 p.m. when officers working in Southeast heard the sound of gunshots.

They went to the 1900 block of Frederick Douglass Court where they found an unresponsive man in a park area.

RELATED: 1 man dead after violent night in DC, homicide count up from 2018

He was taken to a local hospital where he was later pronounced dead.

At 10:15 p.m. just a half a mile away from the first shooting, officers were called to the 3400 block of 22nd Street in Southeast for the sound of gunshots.

He was taken to a nearby hospital where he was pronounced dead.

The 3400 block of 22nd Street is shut down as police continue to investigate. It is expected to remain closed until daylight.

Just 15 minutes later, police were called to the 1500 block of 45th Street in Northeast for a shooting.

They found a man suffering from gunshot wounds.

He was taken to the hospital and is expected to be OK.

So far no information on possible suspects or motive has been released.

At this time, there is not a connection between the first two shootings, but investigators are looking into the possibility that there may be a link.

On Monday, D.C. police were investigating three separate shootings, including one fatality.

Sign up for the Get Up DC newsletter: Your forecast. Your commute.