Two officers were patrolling the parking lot when the man approached them, visibly drunk, according to court documents. 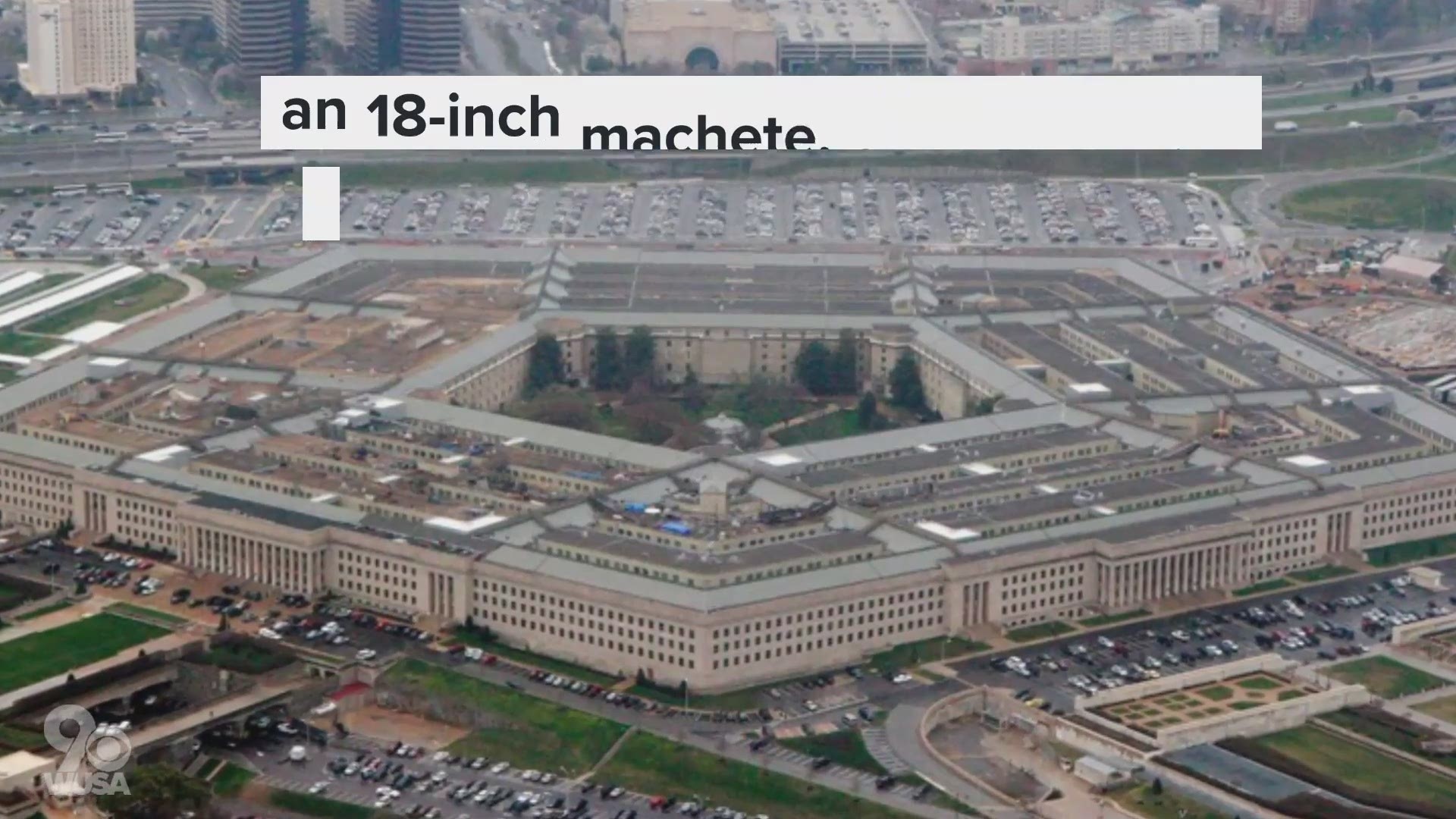 WASHINGTON — A Kentucky man is facing charges after bringing a 12-gauge shotgun, an 18-inch machete, a “green leafy substance wrapped in white paper,” a pocket knife and an open bottle of Jim Beam Vanilla to the parking lot at the Pentagon.

According to court documents, two officers were patrolling the south parking lot on Aug. 6 when the man, later identified as Charles W. Lawson, approached them making “incoherent statements about being in the area for ‘liberty business.’”

One of the officers said in his report Lawson wouldn’t answer his questions directly “instead, speaking in rhymes about the business he was to conduct.”

The report said Lawson appeared visibly drunk and said he spent the day drinking. He told the officers he left his house in Pineville, Ky. with the shotgun – which is a family heirloom belonging to his father – and drove straight for the Pentagon, stopping only for fuel and ammo.

The officers handcuffed him and searched his 2000 Chevrolet Silverado pick-up truck.

Police took him to a local hospital to be checked out, where he commented he’d previously been diagnosed as schizophrenic, court documents show.

An initial records search did not indicate Lawson had a record or any previous mental health evaluations, but a later search showed he had previously been involuntarily hospitalized for treatment of mental illness.

Lawson is charged with unlawfully possessing a firearm after being committed to a mental institution.