The Prince George's County Executive expressed opposition to the proposed maglev before, but she left no ambiguity during a virtual Greenbelt council meeting Monday. 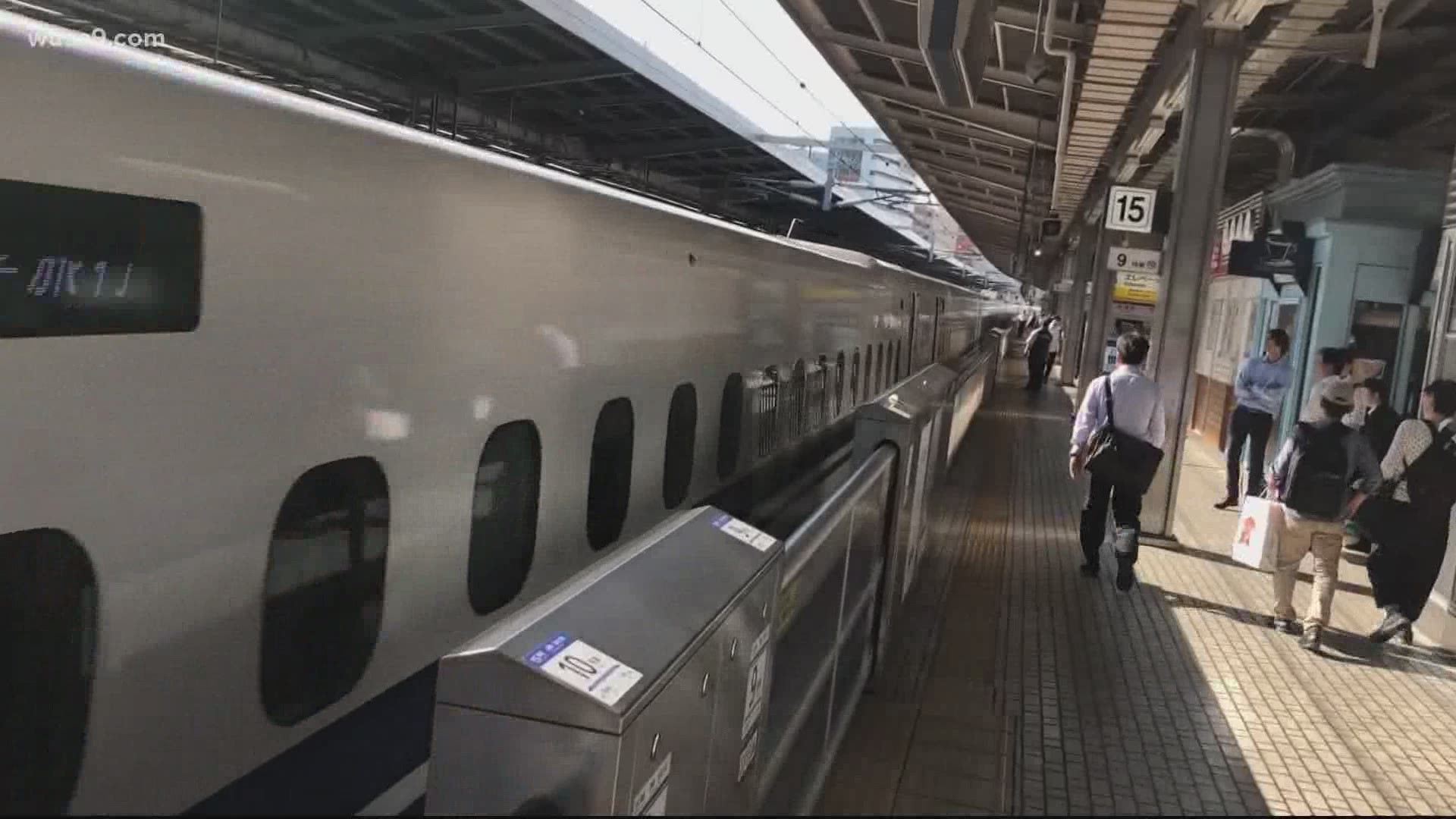 GREENBELT, Md. — As a proposal for the world’s fastest bullet train between D.C. and Baltimore advances in a complex approval process, Prince George’s County Executive Angela D. Alsobrooks made it clear she hopes to derail a train that floats, calling the Northeast Maglev “ridiculous” and an insult to her constituents.

“I don’t even think it’s going to happen, I’ve got to be honest with you,” Alsobrooks told the Greenbelt City Council Monday. “But I think we ought to oppose it every time they mention it, we ought to knock it down.”

The proposed bullet train would link Baltimore and Washington in 15 minutes, with an intermediate stop at BWI Airport. Superconducting magnets lift the train four inches above the ground while propelling it forward.

The technical marvel is the fastest train in the world, reaching a top speed of 311 miles per hour. The train is called a SCMaglev, with only one commercial route now under construction between Tokyo and Nagoya, Japan.

LINK: WUSA9 traveled to Japan in 2019 to study the SCMaglev up close — learn more about the train's dazzling possibilities and its potential drawbacks.

Backers contend a strong partnership between the Japanese railway company JR Central and the Baltimore-based Northeast Maglev would bring the technology to the United States. The Japanese government has agreed in principle to finance around half the $10 billion estimated price tag.

A draft environmental impact statement, detailing the proposed SCMaglev’s effects on Maryland and the District is expected to be released to the public in early 2021.

“There’s no ambivalence on my part at all about it, it’s clearly wrong,” Alsobrooks (D) told Greenbelt council members during a Zoom meeting. “I think it’s so disrespectful to come through our community, destroy homes, destroy so much, and not even have the thing stop here.”

“We ought to knock it down, every mention of @NortheastMaglev,” she told Greenbelt City Council Monday.#breaking @WUSA9 @CBSNews https://t.co/p4p5dmZNXO

Preliminary plans call for the train to mostly tunnel depths between seven and 24 stories below the county, emerging above ground near Prince George’s border with Anne Arundel County. Elevated tracks would then parallel BW Parkway, before returning the maglev underground near Ft. Meade.

No homes would be demolished, according to initial plans submitted to the Maryland Department of Transportation (MDOT) and the Federal Railroad Administration (FRA).

“We need it because we’re drowning in absolutely abysmal traffic that is ruining our lives,” Wayne Rogers, chairman and CEO of the Northeast Maglev, said in a 2019 interview with WUSA9.

“Nearly all our roads fail, we have the worst and longest commute in all of America, and I feel confident we’ll get approval from the federal government.”

The SCMaglev is backed by the chambers of commerce for Prince George’s County, the city of Baltimore, Baltimore County, and northern Anne Arundel County. The Maryland and Prince George’s NAACP also support the project, with a decision to build or reject the proposal expected in early 2022.