Greenbelt mayor: Maglev train is all pain and no gain, except for rich people

The high-speed project is in the final stages of its approval process. 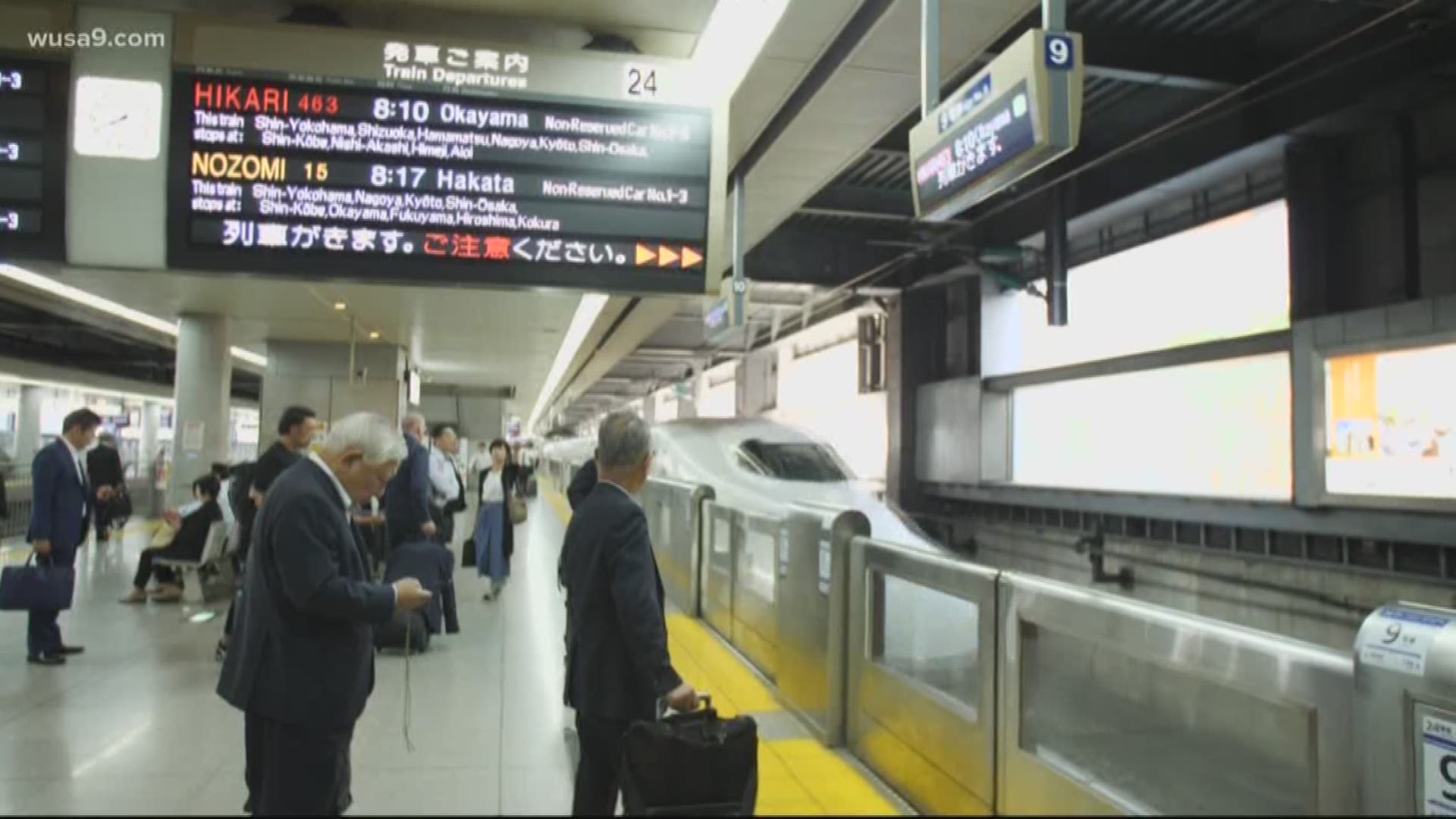 GREENBELT, Md. — The David vs. Goliath comparisons were hard to miss, as Greenbelt’s new, 27-year-old mayor reaffirmed his vow to stop the most advanced train in the world from being built underneath his city.

"Unequivocally, the city of Greenbelt is strongly opposed to the maglev," Mayor Colin Byrd told City Council members Wednesday night. "We will do everything in our power to stop this project from getting approved, within reason and under the law."

Byrd is now in the process of reviewing proposals from local attorneys to stop the envisioned SCMaglev project – a 311 mph train that would link D.C. and Baltimore in 15 minutes.

The high-speed project is in the final stages of its approval process, with a construction decision from the federal government possible by August 2020.

The SCMaglev, or maglev for short, has the backing of Maryland Gov. Larry Hogan as well as the endorsements of both the NAACP and the Prince George’s Chamber of Commerce.

But because the maglev is meant to eventually link D.C. with New York in one hour, stopping only at major metropolises, there are no stations planned for Prince George’s County.

That fact has led to significant opposition over the past two years, with the mayor of Greenbelt now leading skepticism of the maglev’s potential local benefits.

"In short, this train is all pain and no gain for Greenbelt and for Prince George’s County," Byrd said. "But, to be fair, it may not be as bad for rich people."

Byrd’s comments refer to his belief that only an elite commuter class would use the maglev, rather than a broad swathe of his constituents. Ticket prices are still yet to be determined, depending on the levels of private versus federal funding directed towards the $10 billion - $12 billion price tag.

Private developers behind the maglev aim for ticket prices comparable to an Amtrak trip between Baltimore and Washington, in the neighborhood of $25.

In an interview with WUSA9, Northeast Maglev CEO Wayne Rogers said he categorically rejects assertions that the train would only serve the wealthy.

"If we have bad infrastructure, that’s going to impact everyone," Rogers began. "Currently, in D.C. and Baltimore, we spend on an average 63 extra hours a year in traffic. And it’s costing the average driver $1,500 a year. That’s a tax that they pay, they get nothing for."

Cheaper tickets could be sold for standing passengers, similar to a subway ride. The NAACP and Maglev backers also tout 74,000 expected construction jobs that could jettison low-income residents into the middle class.

"If you look at this, economic development and infrastructure go hand-in-hand," Rogers said. "Labor would be local, with apprenticeships training people how to master high-tech construction jobs."

The train would be modeled after the SCMaglev now in operation within the shadow of Mount Fuji in Japan. A maglev line between Tokyo and Nagoya is now under construction, with the Japanese government agreeing to finance roughly half the construction cost of the American project.

The high-speed train route would largely follow Baltimore-Washington Parkway, with roughly 25 percent of the route emerging from a tunnel, and continuing along elevated tracks bordering the scenic roadway.

NPS administers the parkway land and will need to be further consulted if the Federal Railroad Administration approves construction impacting forest along the route.

"I wouldn’t say we’re advocating for or against the project," Matthew Carroll, NPS superintendent of Greenbelt Park, said. "We just want to make sure that the impact is going to be minimal, should it move forward."

But a WUSA9 review of 2018 meeting notes between the Northeast Maglev and the NPS reveals park officials preferred high-speed train construction along Amtrak's Northeast Corridor, and asked why the entire route could not remain underground.

The position and preference expressed by NPS has not been previously reported.

"The NPS opinion, as well as some other agencies, has not changed since the last meeting, and they believe the Amtrak alignment should be retained at this time," a summary prepared by the Northeast Maglev said. "NPS noted that BW Parkway is on the National Register of Historic Places – and a low level of disturbance indicated on preliminary documents should have been indicted as high."

Maglev engineers said an elevated viaduct was designed along the parkway to avoid demolishing any homes between the two cities. A tunnel for the entire route could potentially add billions to construction costs.

With no representatives from the Northeast Maglev present at Wednesday’s meeting, members of the public vented frustrations, many convinced the project is a fait accompli – an irreversible decision.

Federal review of the project is currently paused, as maglev developers and engineers present more refined designs and specifications to regulators and stakeholders.

A draft environmental impact statement is the next step in the approval process, a document originally anticipated in the first quarter of 2020. 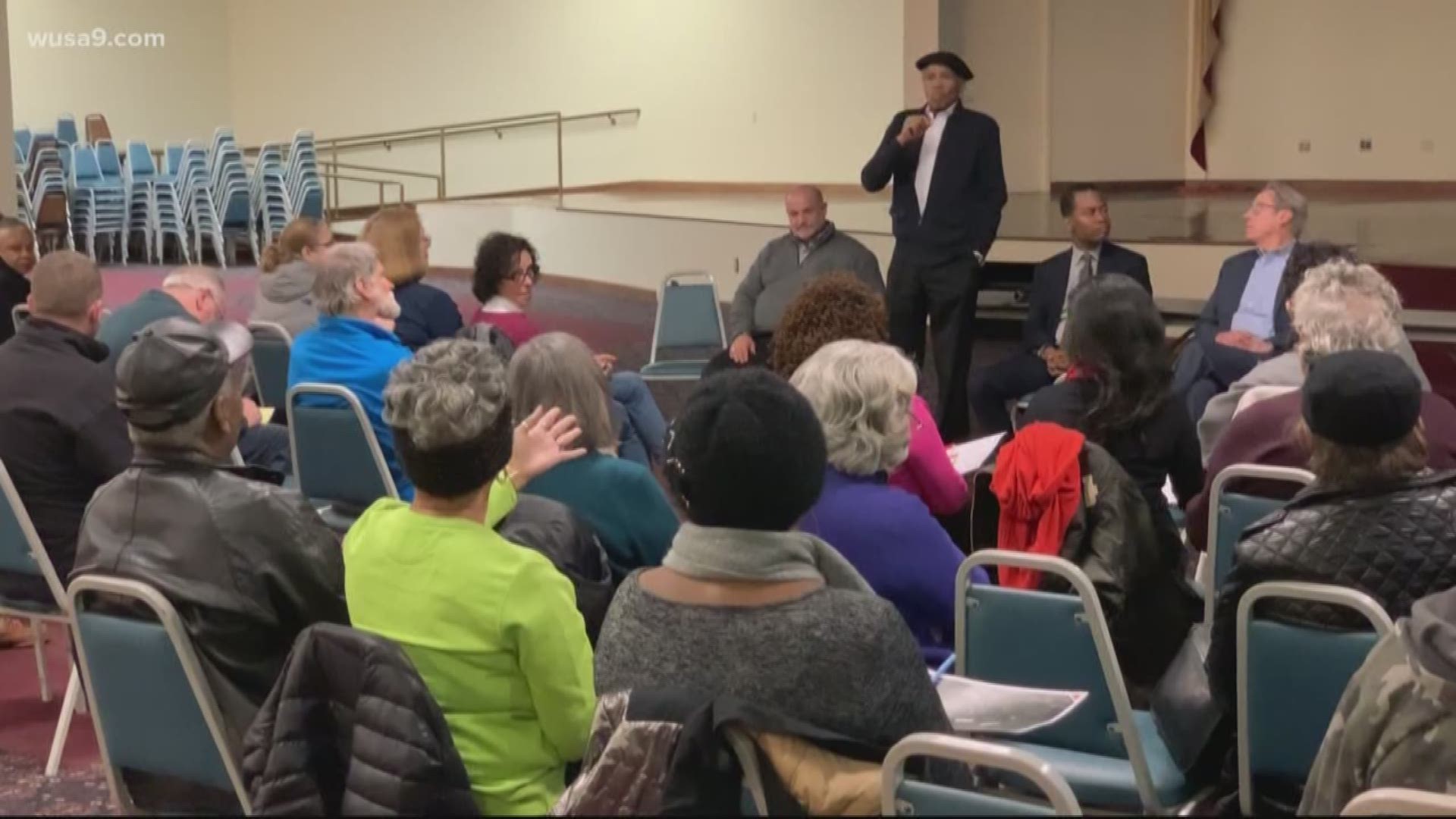