Mother of teen killed by trooper mourns; family releases statement about who he was

The family's statement focuses on their memories of Ham and his academic and personal achievements. 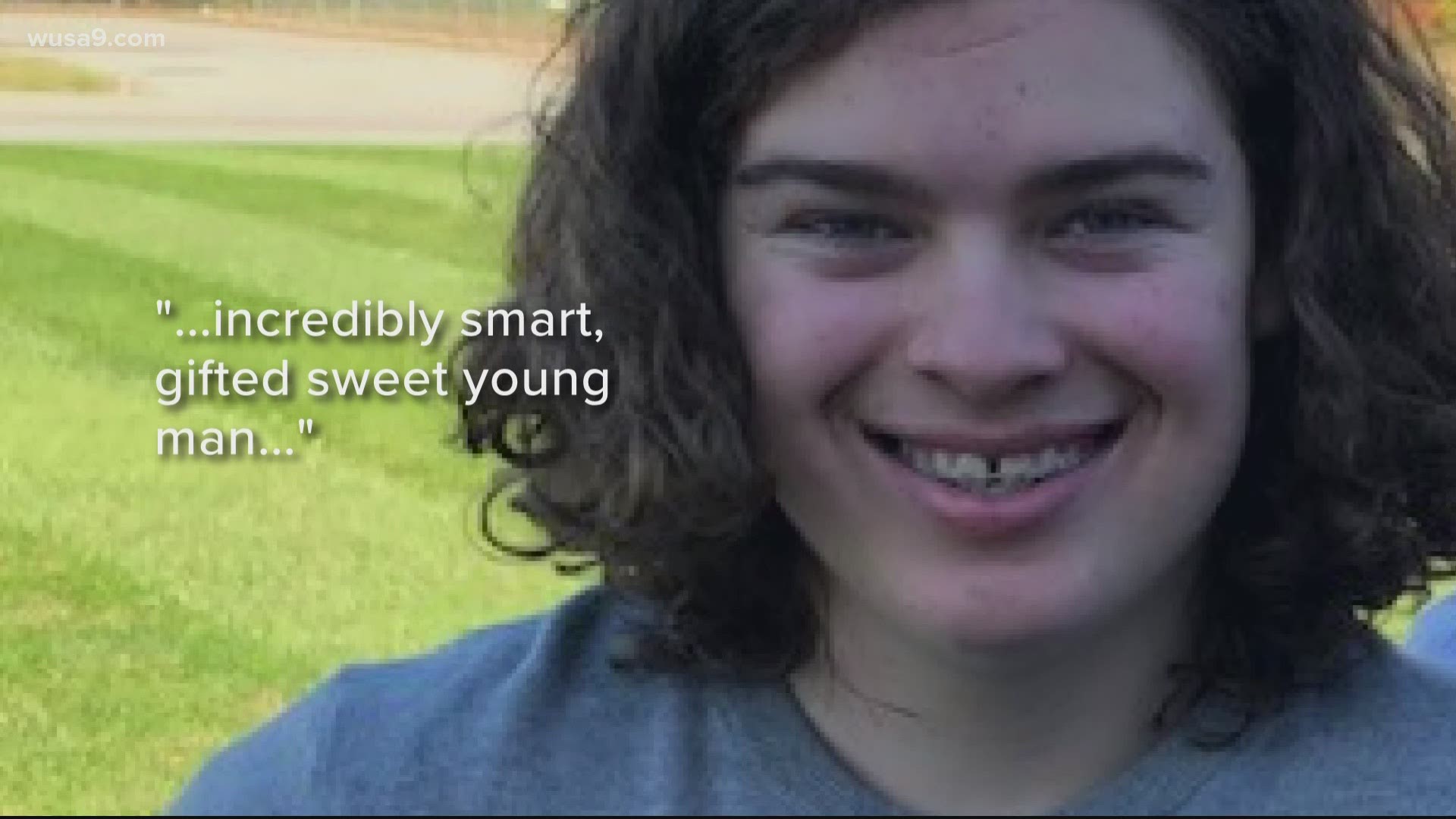 LEONARDTOWN, Md. — A 16-year-old boy who was shot and killed by a Maryland State Police trooper was an honor student who loved cooking with his mother and spirited political debates at the family dinner table, the teenager's relatives said Wednesday.

A written statement from the family doesn't address the circumstances of Peyton Ham's encounter with the trooper who shot him Tuesday afternoon outside a home near the State Police barracks in Leonardtown. Investigators determined that Ham had an airsoft gun and a knife and pointed the replica toy gun at the trooper, who was responding to a pair of 911 calls, according to State Police Superintendent Woodrow Jones III.

Instead, the family statement focuses on their memories of Ham and his academic and personal achievements. They described him as "an incredibly smart, gifted sweet young man" with a “Alex P. Keaton” type personality, referring to the conservative, overachieving character played by Michael J. Fox on the 1980s-era sitcom “Family Ties."

"Our family is absolutely heart broken and shattered over this sudden, unexpected loss of life of a talented young man, filled with promise," the statement says. “Words cannot express the gratitude our family is feeling with the overwhelming love and support being extended by our friends and family in our amazing community.”

Ham's mother, Kristee Boyle, provided The Associated Press with a copy of the family's statement. During a brief telephone call, she described her son as "an awesome young man."

A witness saw Ham in the driveway of a home “in a shooting stance” and pointing the gun at the trooper, who fired at the teenager and wounded him, Jones said Tuesday during a news conference. Another witness told investigators Ham then pulled out a knife and tried to get up, according to the superintendent.

“The trooper ordered him to drop the knife before he fired again,” Jones told reporters.

The airsoft gun that the teenager wielded is commonly used to shoot BBs and is “a close representation of an actual handgun,” Jones said.

Below is a picture of the knife that Ham reportedly had on him at the time of the confrontation with the officer:

Credit: WUSA9
Here is a knife that Maryland State Police said the 16-year-old had on him when a trooper shot him. MSP also said the teen had an airsoft gun on him and took a shooting stance at the officer with the gun before he was shot.

The trooper who shot Peyton Ham responded alone within minutes of the State Police receiving two 911 calls about someone acting suspiciously, according to the superintendent.

The first caller, a man, said he thought that the suspiciously acting “guy” had a gun, Jones said, adding, “The dispatcher asked for his location, but the call was disconnected."

The second 911 caller also said he saw a “guy” acting suspiciously and thought he had a gun, according to the superintendent. That caller gave a street address for the suspicious person but hung up without giving a name, according to Jones.

After the shooting, the trooper who shot the boy called for emergency medical personnel while other troopers and sheriff's deputies gave him first aid. Ham later died at a nearby hospital. Jones said police recovered the airsoft gun and a knife at the scene.

The teenager was white, as is the trooper who shot him, according to State Police spokesman Greg Shipley.

The trooper who shot the teen has been with the State Police for two years and seven months and has been placed on administrative leave pending the investigation, Jones said.

“There are many questions we do not have the answers to at this point in the investigation,” Jones said. "However, we are committed to conducting a thorough investigation to determine what has occurred."

State Police investigators will present their findings for the St. Mary’s County State’s Attorney’s Office to review, according to Jones.

Leonardtown, the county seat of St. Mary's County, is about 60 miles southeast of Washington, D.C.

In their statement, the family said Ham was an honor student at Leonardtown High School and history lover who enjoyed studying European history, ancient monarchies and the rise and fall of the former Soviet Union. His grandfather inspired his love for baseball and the Baltimore Orioles, in particular.

Ham was thrilled to make his school's mock trial team and was picked to be a “prosecutor” for one of his team's cases, his family said.

“Peyton dreamed of attending a 4 year university to obtain an undergraduate degree, and move on to pre-law, with the ultimate dream of being an elected Senator or Delegate, to represent his home state of Maryland,” the statement says.

Maryland State Police say the trooper who shot Ham will likely be identified by the weekend.

Here is a statement from #PeytonHam's family. He is the 16-year-old Leonardtown teen who was shot and killed by a Maryland State Police trooper Tuesday. | "Our family is absolutely heartbroken" (@wusa9) pic.twitter.com/H5XEDvcX6C

Jones did said investigators would continue to look for video from the area where the shooting occurred, however, for more evidence as to what occurred.

On Wednesday, Maryland State Police did release a picture of the knife Ham allegedly had with him at the scene of the shooting.

The department also revealed the airsoft gun Ham allegedly had did not have an orange tip attached to it. That is commonly used to show others that a gun being handled by a person is not real.

The St. Mary's County Public School Board held a moment of silence for Ham Wednesday morning.

"With something like this, we just don't understand why," St. Mary's County Schools Superintendent James Scott Smith. 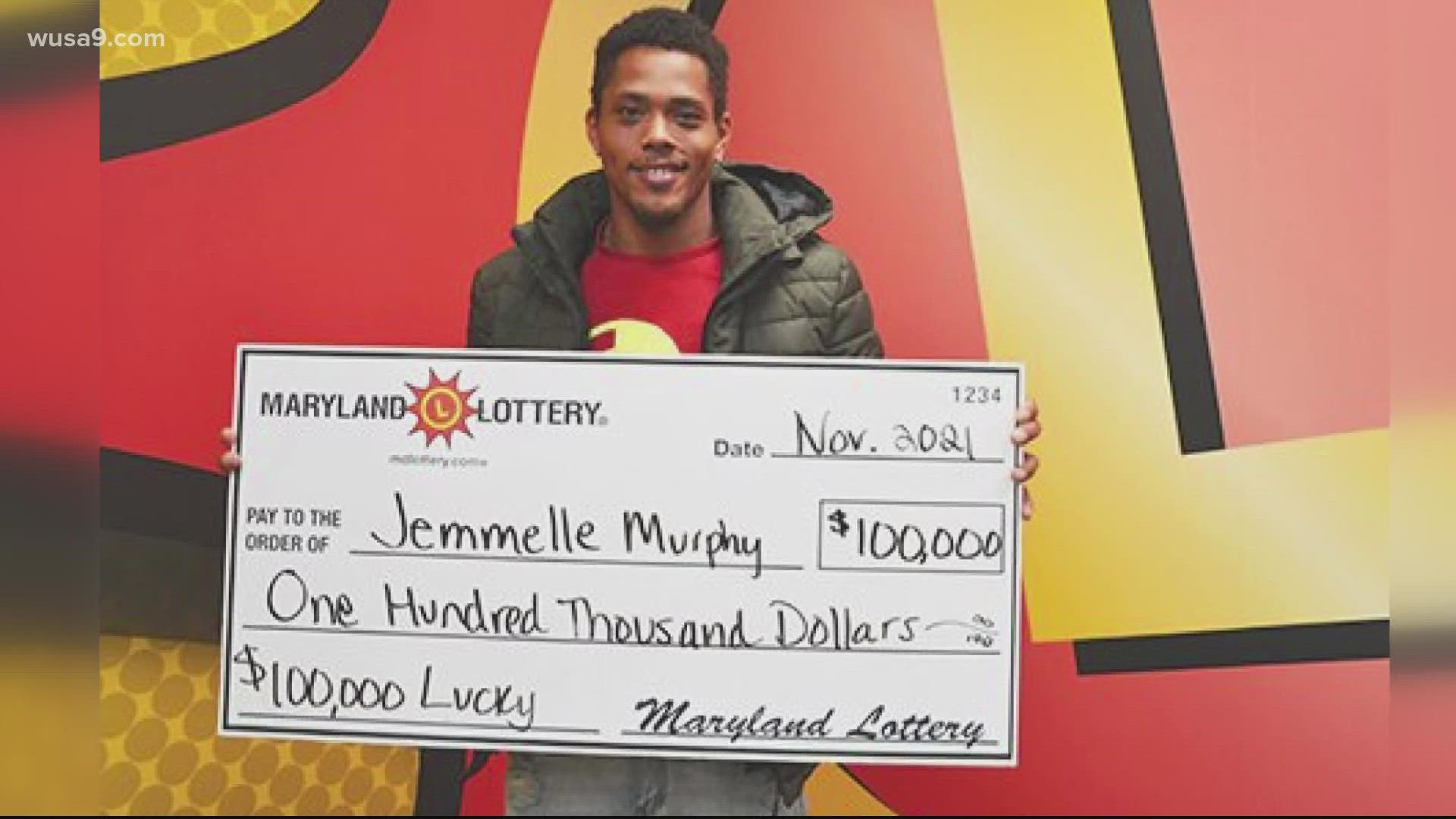