Authorities say Damion Callery Jr. encountered one or more armed suspects who shot him in his backyard. 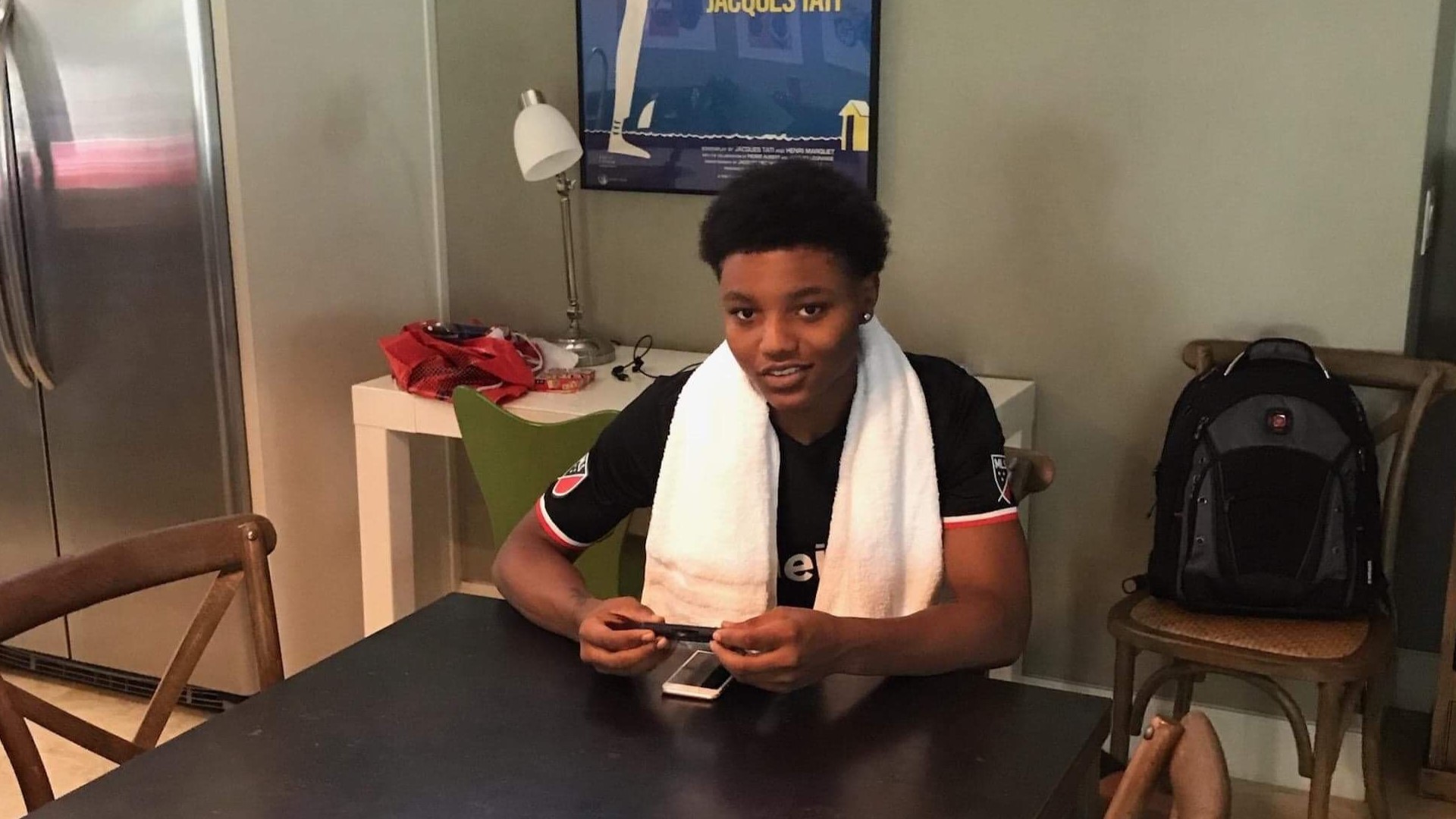 BURTONSVILLE, Md. — Police are investigating the death of an 18-year-old who was shot at his home in the Burtonsville area of Montgomery County.

Around 3:43 a.m. Saturday, authorities received a call about a shooting in the 14100 block of Angelton Terrace. Responding officers found Damion Callery Jr., dead in his home.

“He’s my junior. I named him after me, and now he’s gone," said his dad, Damion Callery.

Authorities said Callery Jr. encountered one or more armed suspects in his backyard and was shot.

His father told WUSA 9 that his son had a basement bedroom with a door that opened to the outside. He believes the shooting happened in that area.

“I can’t believe that this kind of stuff is going on and that the kids are hurting each other. I just don’t understand," he said. "Damion never hurt anyone. He’s a good kid, made good grades, was going to school this week on the 23, Bowie University, and he was on the right path, and someone stopped all that.”

He said the 18-year-old had graduated from Paint Branch High School earlier this year and planned to study business and marketing at Bowie State.

"He had plans of buying stocks, working in the stock market. He had a lot of hopes and aspirations and dreams. I’m at a loss for words," said Callery.

“We’re just baffled right now that this happened," said Damion, Jr.'s uncle, Devin Hawkins. "And, really collectively as a family, as a community, we’re standing here today to let everyone know that this violence must stop and we must all come together as one and keep pushing forward to the future.”

Now that Callery's son doesn't get the opportunity to have a future, he plans to make sure he gets him justice.

“I want these people locked up. I want them off the streets. They deserve to be punished for what they did to my baby," he said.

Callery Jr.'s body will be taken to the Office of the Chief Medical Examiner in Baltimore where an autopsy will determine Callery Jr.’s cause of death.

Police have not determined a motive for the shooting. No suspect information has been released at this time.

Callery Jr. was on track to start college at Bowie State University next week.

Anyone with information is asked to call police at 240-773-5070. Tipsters may call Crime Solvers of Montgomery County toll-free at 866-411-TIPS (8477). Crime Solvers will pay a cash reward of up to $10,000 for information provided to them that leads to the arrest and/or indictment of this suspect(s). Tipsters may remain anonymous.