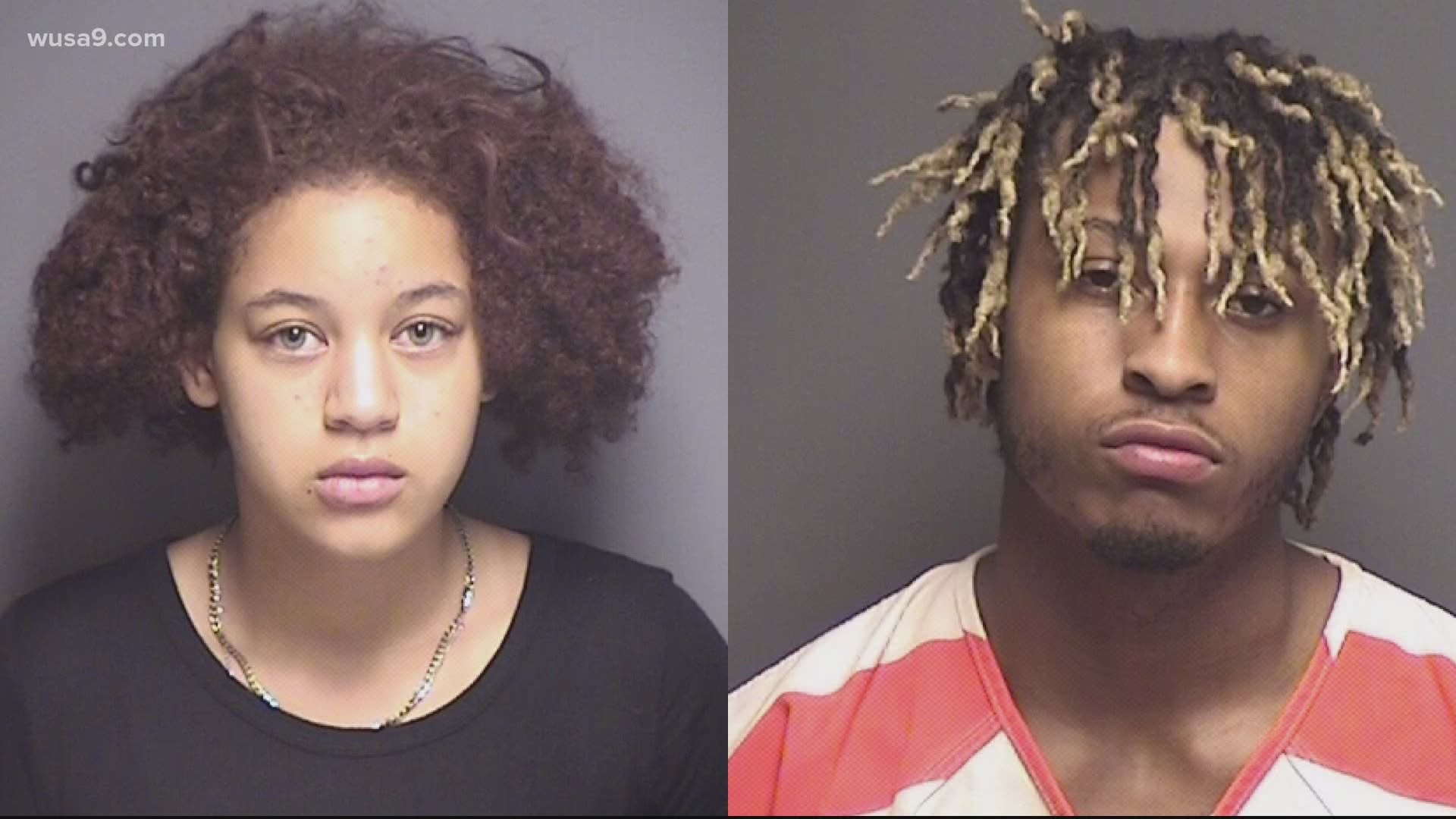 HAGERSTOWN, Md. — A 16-year-old boy and 14-year-old girl have been arrested and accused in the murder of a 17-year-old Hagerstown girl.

The pair were arrested July 1 and charged as adults following the death of Tykerria Katherine Dawson, 17, authorities said.

Dawson's body was located off of a walking trail in the area behind Briargrove Court in Frederick on the evening of June 27.

According to court documents, Cartnail, who goes by the nickname "Ricky," had been dating Dawson before she was found dead Saturday near a walking path behind Briar Grove Court in Frederick.

The suspects called the location "The Cut", according to investigators.

In written charges, investigators claim that cell phone records and home surveillance video from the neighborhood in Frederick show that Ricky and Tykeirra walked together late Friday night down the path just before her death.

Detectives wrote that Caliyah confessed that she was already back in the woods carrying a backpack that Ricky had loaded with a .45 cal. handgun and a change of clothes as part of a "plan."

She told investigators Ricky stood with his arm around Tykierra and then shot her twice. Later, he pushed her body toward a stream, according to the charging documents.

At a Frederick District Court hearing Thursday, the public defender representing Caliyah reminded the judge that juveniles can be easily coerced by authorities into making false confessions.

Both teens were ordered held without bail, Caliyah in a juvenile facility, and Ricky in Frederick County's jail.

The victim’s family has been notified of the arrests.

The Frederick County Sheriff’s Office still asks for anyone that may have information related to this investigation to contact Detective Skelley at 301-600-4017. Tips can also be left anonymously on the sheriff’s office tip line at 301-600-4131.