Highway worker killed, 2 others injured after car slams into work truck on I-70 in Howard County 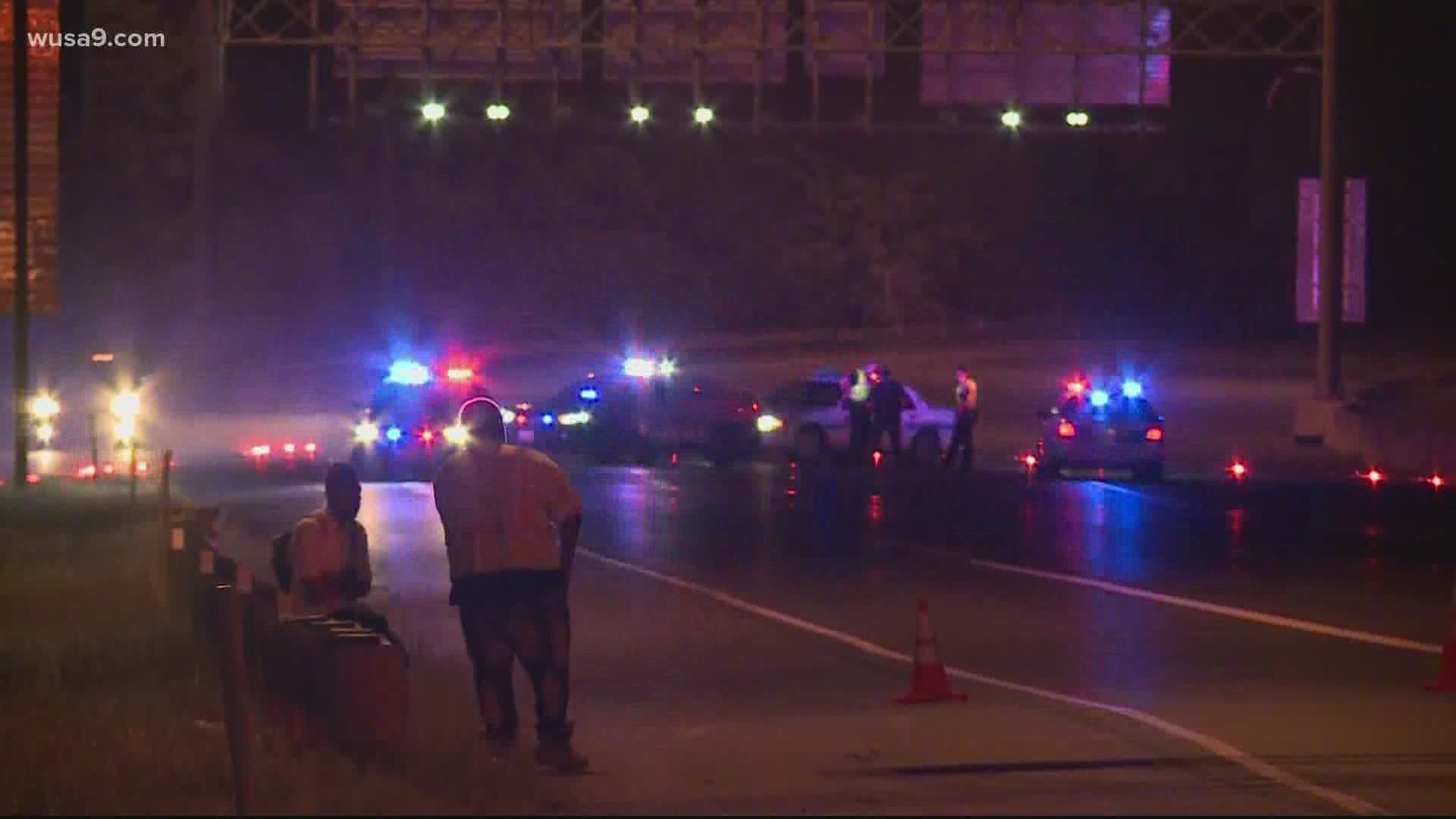 ELLICOTT CITY, Md. — A highway worker has lost their life and two other workers are suffering injuries after a crash on Interstate 70 in Ellicott City, Md. early Thursday morning, Maryland State Police said.

Investigators said highway workers were setting up a road work operation with four MDOT/SHA trucks on the right shoulder of I-70 near the southbound ramp of Route 29.

The driver of a Jeep Wrangler, identified as 38-year-old Frank William Hall, was traveling eastbound on I-70 when he swerved and crashed into the back of an Autocar work truck, killing 34-year-old Christopher Marsden, and injuring two other workers: 43-year-old Rickey Foster, Jr., and 44-year-old James Gonzalez, officials said.

Police said Foster was a passenger in the work truck involved in the crash and Gonzalez was a pedestrian, standing outside of the work truck.

All four trucks, including the Autocar work truck involved in the crash, had amber warning lights and amber arrow boards illuminated to alert motorists of the upcoming road work operation, police said.

Hall was taken to Howard County General Hospital by ambulance. Marsden was pronounced dead at the scene by emergency medical service personnel.

Foster and Gonzalez were taken to the R Adams Cowley Shock Trauma Center in Baltimore, where they are currently being treated for injuries sustained in the crash.

Troopers are investigating whether alcohol, speed, or distractions were factors in this crash. Charges are pending the outcome of the investigation, police said.

Several lanes were closed while crews worked the clear the scene. The roadway reopened shortly before 7 a.m.

“With all, we have going on in the world today with our health crisis and the economy, I am angered and deeply saddened by the fact that another transportation worker lost their life overnight. Christopher Marsden was simply trying to do his job! Let’s be clear, too many injuries and fatalities in work zones are completely preventable. Look out for each other. Today, when you are out there, think of Mr. Marsden. I sure will. My heartfelt prayers are with him, his family, his co-workers, and all transportation workers today. Please join me in remembering him.”

RELATED: Highway worker struck and killed along MD I-95