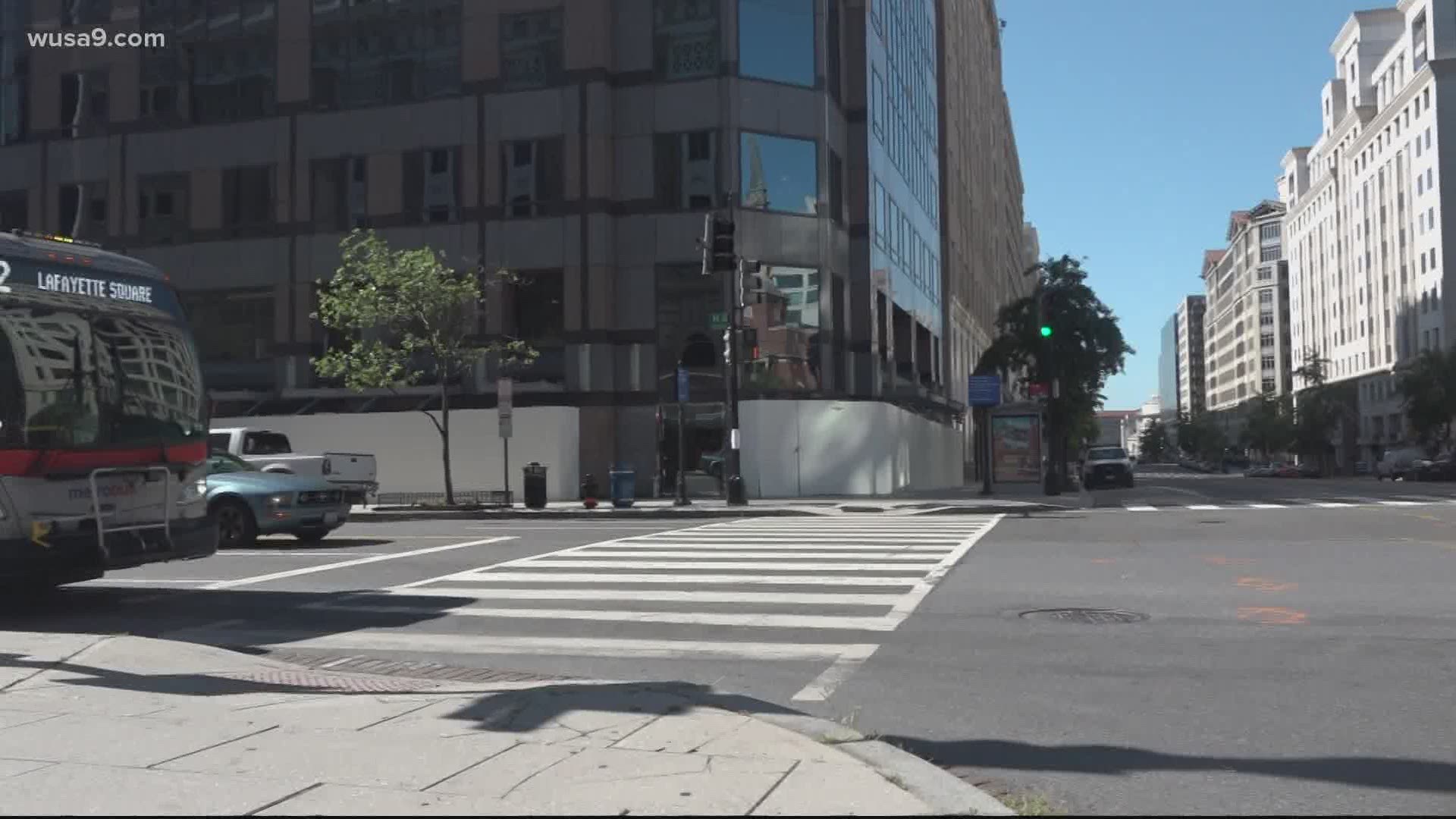 WASHINGTON — A homeless person intervened on behalf of a Metropolitan Police Department officer who was injured in a stabbing while responding to a call early Thursday morning.

An MPD spokesperson said the officer responded around 6:15 a.m. to 13th and New York Avenue NW on call for an assault.

When he got on the scene and approached those involved, a man pulled out a pair of scissors and stabbed the officer multiple times, police said.

The officer was taken to the hospital for stab wounds to the head and neck. His condition is not known at this time, but we're told he was conscious and breathing when he was put in the ambulance, police said.

The officer's injuries appeared non-life-threatening, according to Newsham.

The injured officer has not yet been identified but was described as a veteran officer with 19 years on the force. The suspect, identified as 60-year-old Robert Redding, was taken into custody and charged with assault with intent to kill and felony assault on a police officer.

Newsham said he was thankful for the actions of the man who intervened.

"It does make me feel good that a guy was willing to put himself in jeopardy to protect one of our police officers. It's something that we won't forget," Newsham said.

A motive for the attack has not been established.

Credit: WUSA9
An MPD spokesperson said the officer responded around 6:15 a.m. to 13th and New York Avenue NW on a domestic violence call when he was stabbed.