Police say the man was driving erratically and caused multiple crashes before the deputy arrived. 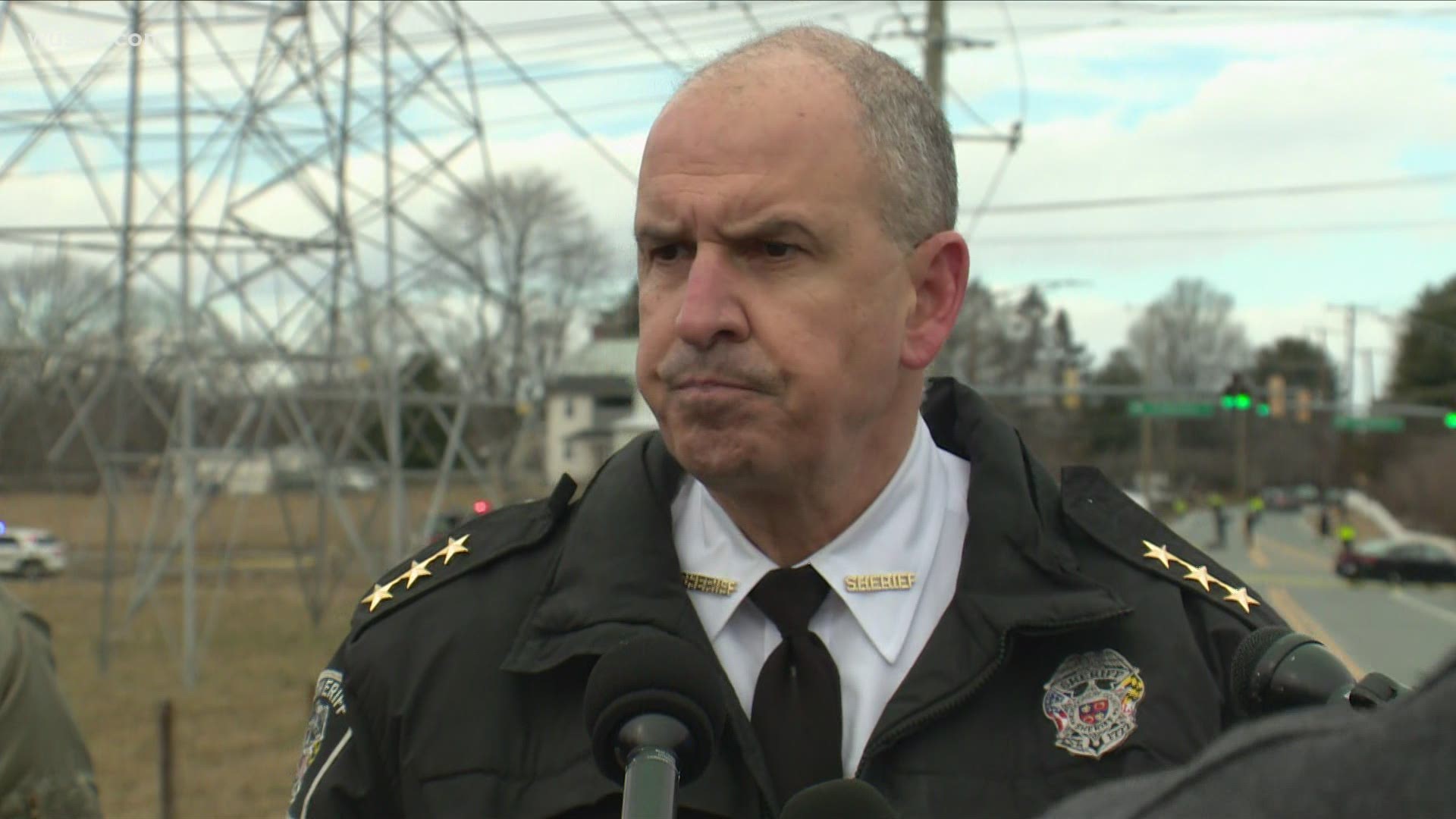 The man, identified as 52-year-old Kevin Costlow, of Laytonsville, struck the deputy, identified as 18-year veteran Sergeant Frank Pruitt, with a large piece of wood in the area of Olney Laytonsville Road and Fieldcrest Road in Montgomery County, authorities said in a joint press conference.

The incident happened around 8 a.m. Saturday. Montgomery County police received several 911 calls Saturday morning that a man in a Volkswagen sedan was driving erratically in the 6000 block of Maryland Route 108 between Riggs Road and Fieldcrest Road. Police Chief Marcus Jones said two cars were struck by the driver before the deputy arrived on the scene.

Sgt. Pruitt arrived at the scene and saw Costlow approaching two people with a large wooden stick, according to Sheriff Darren Popkin. Sgt. Pruitt was the first law enforcement officer to arrive at the scene. When he intervened, he and Costlow began fighting and Costlow struck him with a long piece of wood around the head and neck.

The sergeant attempted to deploy his Taser, according to Popkin. When he wasn't successful, he shot Costlow, the sheriff said.

During the encounter, Sgt. Pruitt called for backup, police said. Officers and Fire and Rescue personnel that were on their way to the incident arrived and attempted life-saving measures on Costlow.

Sheriff Darren Popkin confirms a Montgomery County sheriff’s deputy shot and killed a man this morning after the man, according to the sheriff, struck the deputy with a “very large wooden stick”@wusa9

It's not clear yet what was causing the man to act erratically.

Sgt. Pruitt is an eighteen-year veteran of the Sheriff’s Office. He is currently assigned to the Civil Section.

Montgomery County Police are handling the investigation. Sheriff Popkin said the Sgt. Pruitt was wearing a body camera but did not say whether it was recording at the time of the incident.

Sgt. Pruitt will be placed on paid administrative leave once he's released from the hospital while the investigation continues.

This is an ongoing investigation. Anyone with information who has not already spoken to investigators is asked to contact the Montgomery County Police - Major Crimes Division at 240-773-5070. Callers may remain anonymous.

RELATED: 12-year-old boy in stolen car arrested after chase where an officer was struck by the vehicle, police say