Wise: For the sake of Ward 2 and DC, it's time for Jack Evans to step down

The longest-serving member of the city council is now facing federal charges of corrupt business practices after the FBI raided his home in June. 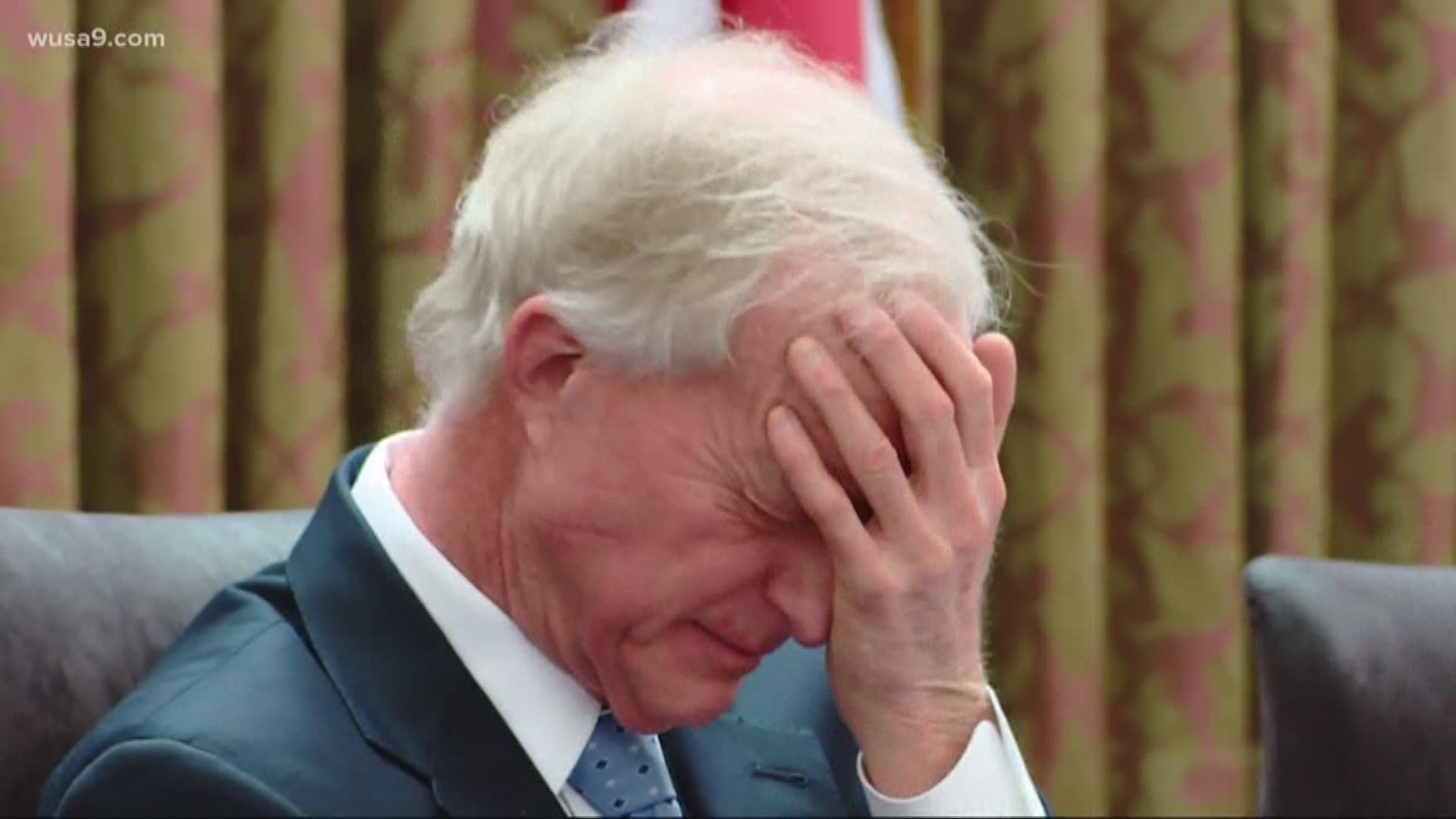 WASHINGTON — Full transparency, Jack Evans and I used to play in an annual charity basketball game for the Hoop Dreams Foundation.

I know him only peripherally. But in 2010, at a dessert shop off Wisconsin Ave, I asked Ward 2 councilman out of curiosity if he ever thought he could be elected mayor.

"D.C. would never elect a white mayor -- and not for the reasons you think," he told me, flat-out.

"White guilt," Evans said. "The ultra liberals would never feel good about voting for someone who looks like me."

I didn't know what to say to that then. Now it's nearly a decade later and six candidates pitched themselves for the Ward 2 seat at a community forum. Jack Evans, the longest-serving member of the D.C. council, first elected in 1991, wasn't there. Instead, his former campaign manager, an Obama administration official and four others, proclaimed they were the ethical choice instead of the embattled incumbent whose political life is nearing a death rattle.

In June, the FBI raided the councilman's Georgetown home. He now faces a local and federal grand jury investigation for alleged corrupt business practices. He practically became a punchline for the GOP during D.C. Statehood hearings two weeks ago after being forced to resign his chairmanship of the city's Metro system, stripped by the council of leading the city's finance committee in July.

For the first time, the people he represents want him out. More than 3,350 of the needed 5,200 signatures to call for a special election for his Ward 2 seat have been collected. If petitioners can get less than 2,000 more Ward 2 residents to sign before Nov. 18, Evans is effectively done.

As his Summer from Politician Hell morphs into fall, Evans has been asked by other council members to resign. Staying in power now feels like more of a personal than professional crusade. The fact that he's still allowed to vote on important issues that effect D.C. is just wrong. He even cast the deciding vote on the council that allowed him to take part in those discussions.

Like I said, I didn't know how to respond to Evans back then. But now I do:

Jack, it's not white guilt that didn't get you elected in your two mayoral tries. It's human contempt for people who claim to represent everyone's interests but, when you drill-down and find out the truth, only represent their own. It's throwing away nearly 30 years of caring about your neighborhoods doing right by the gay community before it was popular to do so, because you forgot about the people and became part of the machine.

Mostly,  it's because your own base doesn't trust you anymore. For the good of Ward 2 and DC's 700,000-plus residents, please, Jack, step down. It's past time.