Evans to pay $20,000 fine and undergo ethics training, while not admitting to violating D.C. Council Code of Ethics. 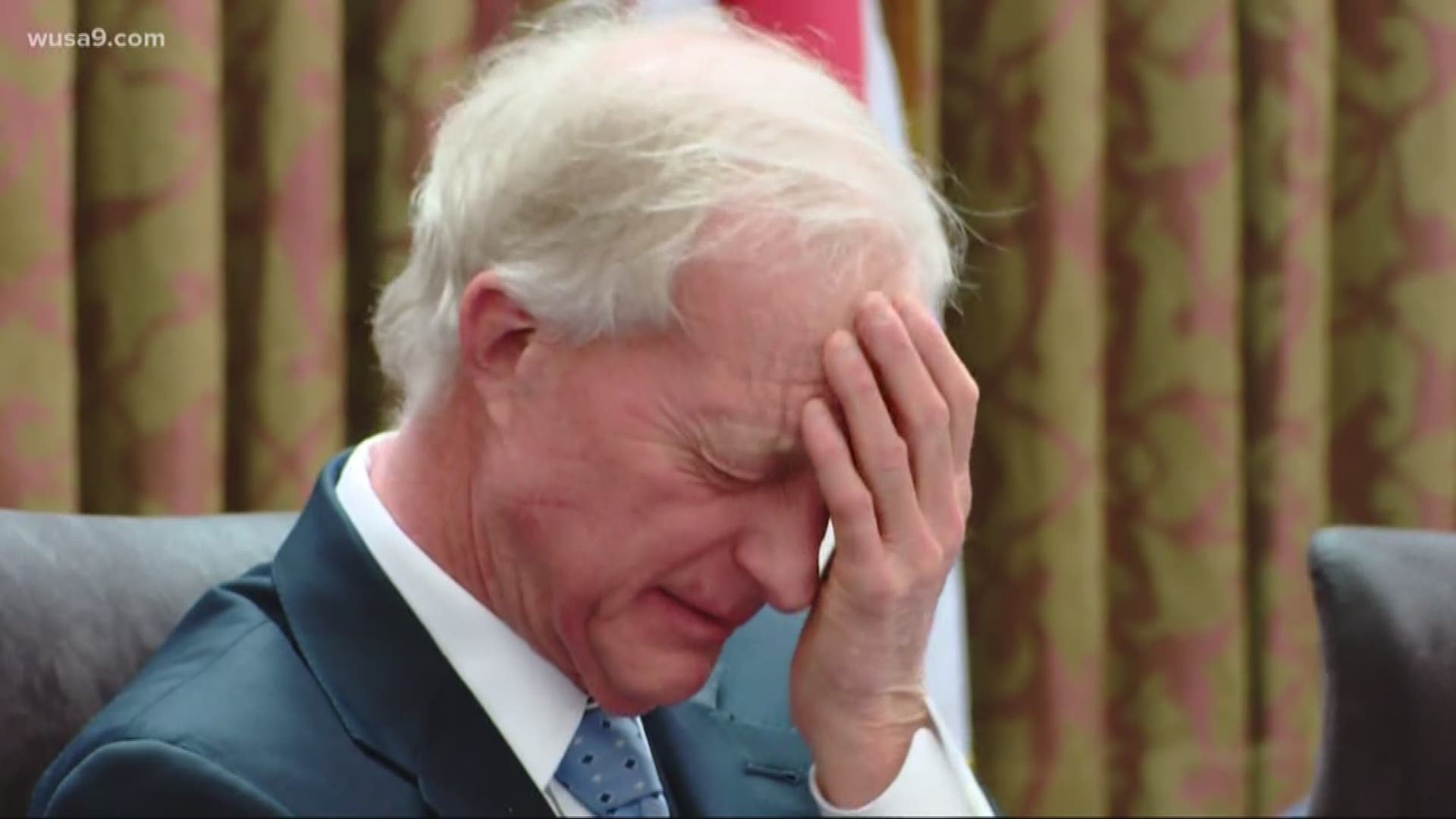 WASHINGTON -- Ward 2 Councilman Jack Evans reached a consent agreement with the Board of Government Ethics and Accountability (BEGA) Thursday over allegations he used his public office for private gain.

Evans has been under fire for months following a Washington Post report that he used his position to lobby multiple law firms to hire him.  He’s also accused of secretly taking $50,000 from one parking company, and using his position of power to work against the interests of another parking company competitor – and of receiving stock from a digital sign company in exchange for pushing favorable legislation.

Evans stepped down from his position as Metro board chair in May, and was removed as chair of the D.C. Council Finance Committee in July.

RELATED: DC Councilmember Jack Evans steps down from Metro board amid ethics probe

Evans’ office released a statement Thursday afternoon saying that while he did not admit to violating the D.C. Council Code of Conduct, he “recognizes that these issues needed resolution:”

Councilmember Jack Evans today agreed to a consent settlement with the Board of Government Ethics and Accountability (BEGA) to resolve BEGA’s concerns regarding the issues involving the D.C. Council’s March 19, 2019 reprimand over his use of official time and resources to transmit a business proposal to two D.C. law firms to which he applied, and the use of prestige of office or public position for private gain.

Councilmember Evans, while not admitting any violation of the D.C. Council Code of Conduct, recognizes that these issues needed resolution in order to avoid a protracted and costly dispute resolution process."

The Washington Post reported Thursday that Evans will pay a $20,000 fine and undergo ethics training.

Evans has not been charged with a crime in connection with any of his alleged ethics violations.