Thieves stole $35,000 worth of merchandise in under two minutes. 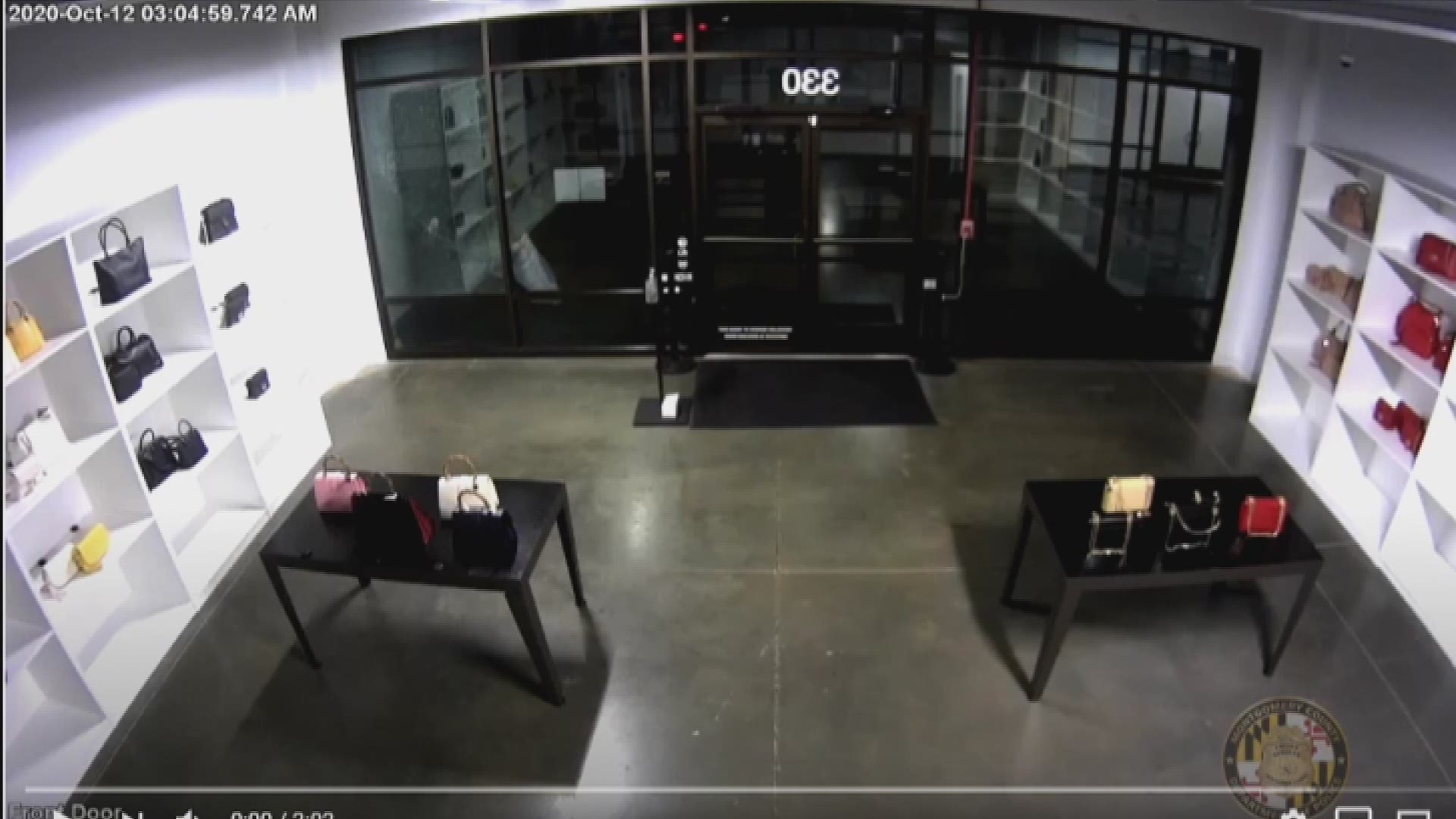 CLARKSBURG, Md. — Three masked burglars wearing gloves and dressed in all black broke into the Gucci Outlet Store at the Clarksburg Premium Outlets in Clarksburg and stole merchandise worth more than $35,000, according to police in Montgomery County, Maryland.

The robbery took place just after 3 a.m. on Monday, October 12th. Police just released details of the robbery and surveillance video on Friday.

The video begins with the front glass window of the Gucci store being shattered and the three suspects bursting through the broken glass and fanning out to different parts of the store. Each suspect appears to be carrying large garbage bags which they begin to stuff with Gucci purses from off the store shelves.

Do you recognize these 3 suspects who broke into Gucci Outlet store at @ClarksburgPO (Clarksburg Premium Outlets) & stole over $35,000 worth of property?

The suspects move quickly through the store toppling a table and pulling shelves off the wall.

Before leaving, one of the suspects slips and falls on the broken glass shards as they attempt to leave the store with the stolen merchandise.

Anyone with information regarding these suspects or this burglary is asked to call the 5th District Investigative Section at 240-773-6237. Those who wish to remain anonymous may call Crime Solvers of Montgomery County toll-free at 1-866-411-TIPS (8477). Tips may also be submitted online or via the app. Crime Solvers may pay a cash reward of up to $10,000 for information that leads to an arrest in this case.