The alleged assault and attempted robbery with a deadly weapon that happened around 12:05 a.m. on Saturday, July 25. 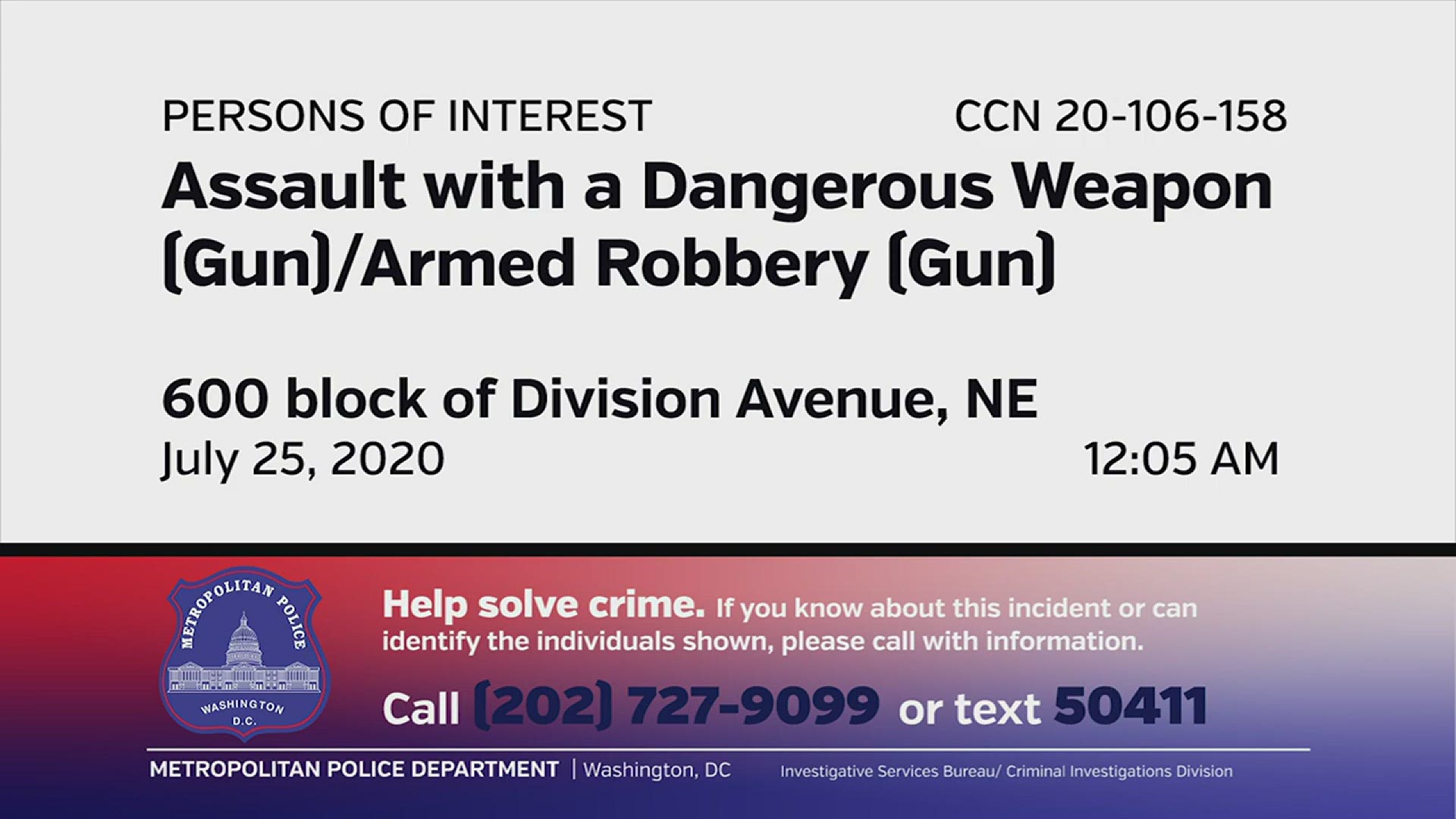 WASHINGTON — DC Police are investigating an assault and are still on the lookout for two suspects after the two men were caught on surveillance cameras attempting to rob a man in the 600 block of Division Avenue, Northeast.

The alleged assault and attempted robbery with a deadly weapon that happened around 12:05 a.m. on Saturday, July 25.

In the video, two men with weapons approach the victim, who is working on a moped/bike when the men try to take his possessions.

During the exchange, the man working on the bike/moped is assaulted and even has a gun fired at him. Blood can be seen in the video.

The victim was transported to a hospital for treatment of non-life-threatening injuries, according to DC Police.

Anyone who can identify these individuals or who has knowledge of this incident should take no action but call police at (202) 727-9099 or text your tip to the Department's TEXT TIP LINE at 50411.

The Metropolitan Police Department currently offers a reward of up to $10,000 to anyone who provides information that leads to the arrest and conviction of the person or persons responsible for a violent crime committed in the District of Columbia.