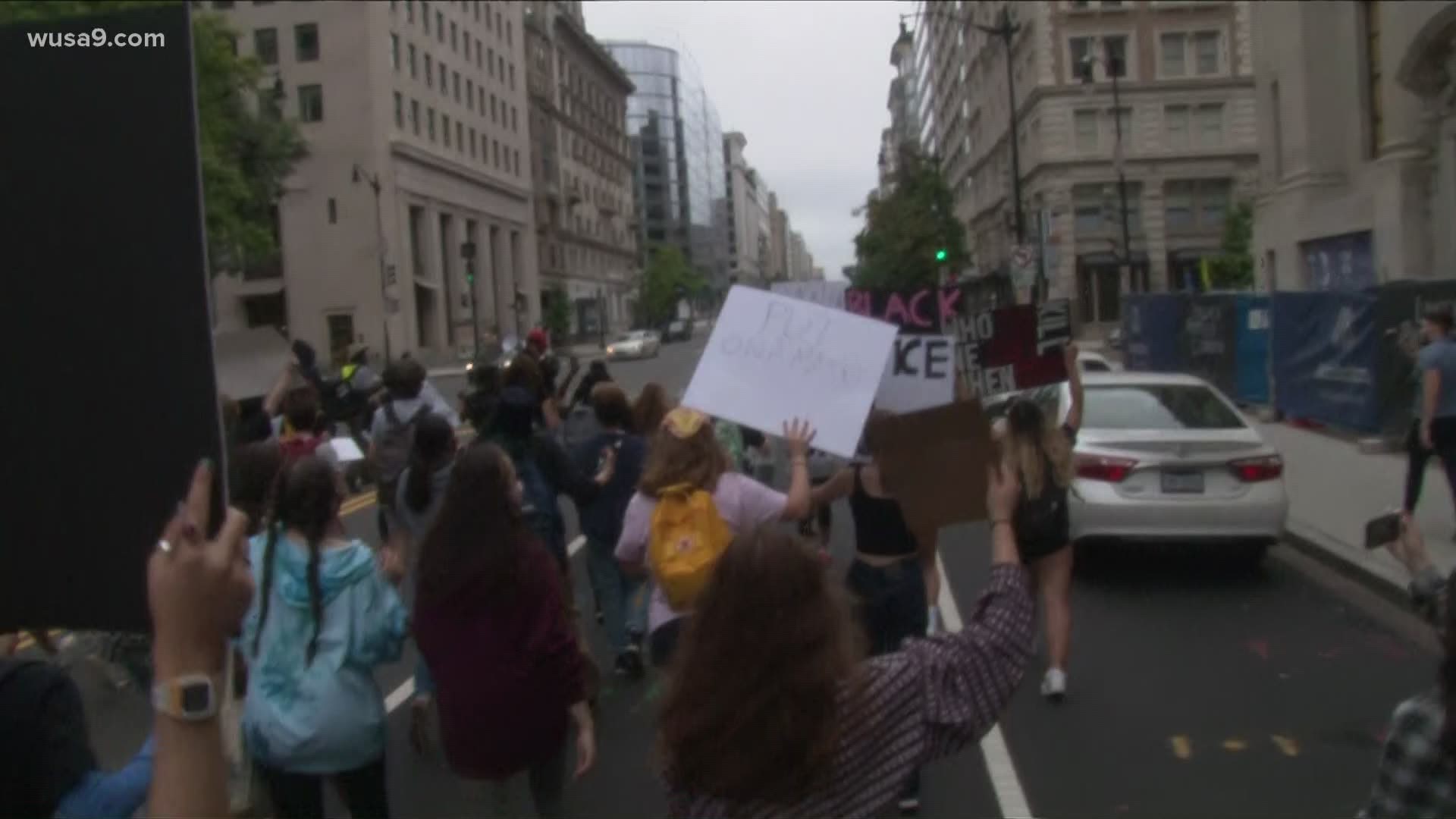 WASHINGTON — Dozens of young people marched for social justice and called for change in a peaceful protest in D.C. Saturday.

Young activists spoke outside the National Museum of African American History and Culture about the importance of diverse voices in the fight for social justice and and end to police brutality.

One of those speakers was Ty Hobson-Powell. He co-founded Concerned Citizens DC during the initial protests for social justice in June. Hobson-Powell and thousands of others hit the streets across the country after Minneapolis police officers killed George Floyd during an arrest for an alleged counterfeit bill. He was unarmed.

Hobson-Powell spoke at the March on Washington in August, and continues to call on young people to bring about change.

RELATED: 'There is a world that needs us' | Young social justice leader calls for action after March on Washington

It was a message shared by many speakers Saturday, that Generation Z has the power to bring about the change they want to see.

Several speakers mentioned Breonna Taylor, a 26-year-old EMT who was killed on March 13 in her home in Louisville, Kentucky, by Louisville Metro Police. A grand jury's decision to indict one officer for wanton endangerment sparked protests across the country.

Dozens of young people marched from the National Museum of African American History and Culture to Black Lives Matter Plaza, carrying signs and chanting slogans along the way.