With WMATA leaders projecting a $494.5 million funding gap, the agency proposed a number of cuts and changes on Monday for its fiscal year 2022 budget.

WASHINGTON — Weekend Metrorail service could be cut and 19 stations could be forced to close due to a $494.5 million funding gap, according to a report issued by the Washington Metropolitan Area Transit Authority on Monday.

The report was part of the agency's Fiscal Year 2022 budget proposal.

The spread of coronavirus will continue to heavily impact ridership, leaders said, despite operating costs projected to grow by $93 million "due to contractual obligations, inflation and additional COVID cost increases."

The report projected total ridership to recover to around 34% of what it was before the pandemic.

Management proposed $55.9 million in cuts to reduce the funding gap, which could include salary freezes and layoffs. In total, the agency said 2,400 jobs could be eliminated.

During a meeting with reporters on Monday, WMATA General Manager Paul Wiedefeld said the pandemic was forcing the agency to make difficult choices.

"From where I sit, it’s clearly the toughest decisions that we’ve ever had to make," he said. "We only have so many dollars. Where can we spread them as best as we can to serve as many people knowing that we will be leaving other people behind?"

In the report, WMATA said the agency faced a "historic operating budget crisis" and called for around $500 million in additional federal funding.

To help close the funding gap in the meantime, WMATA leadership proposed limited weekday service, with trains arriving every 30 minutes and running from 5 a.m. to 9 p.m. The changes could also include the closure of 19 stations that were also closed back in late March due to the pandemic, according to the provided documents. 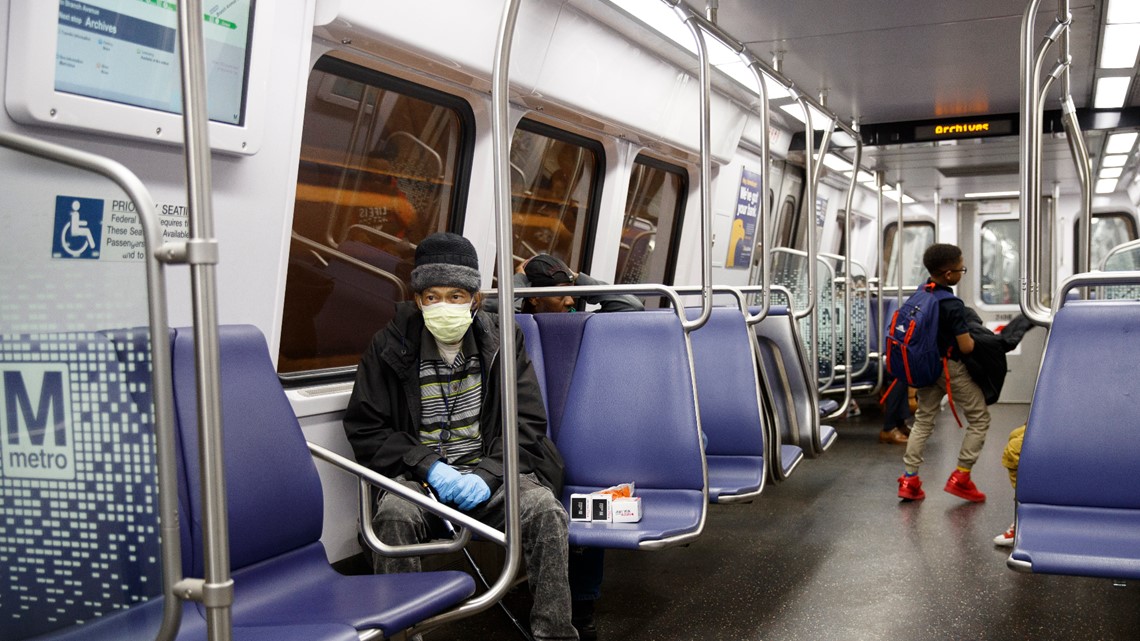 Facing stay-at-home orders, Metro says it will close more stations and scale back service for a month
Metro says its coronavirus task force met again on Monday and said new service changes could be announced by this weekend. WASHINGTON - Metro is warning that it could scale back essential rail and bus service even further now that stay-at-home orders have been issued in all the jurisdictions it serves - Maryland, D.C.

"Any service cut impacts people. In this environment, it impacts people that really need the service," Wiedefeld said. "When you have limited dollars, you have to then start to prioritize. Where we prioritized was where the least amount of demand on the rail service was. That was on the weekends.”

To make up for the loss, WMATA said Metrobus would offer expanded weekend service. However, Wiedefeld said buses will be providing 45% of pre-pandemic services and will see 60 lines condensed into 41.

According to the report, the proposed budget will be considered for adoption in March of 2021.

On Monday, both Wiedefeld and WMATA Board Chairman Paul Smedberg said changes and additions could be made due to a number of factors, including if a coronavirus vaccine becomes widely available.

"The vaccine is the wildcard here -- its acceptance, how well it works, and how people behave afterward," Wiedefeld said. "If people take the vaccine and they start to use the system again, that would obviously work in our benefit.”

"It will be a lot easier to bring things back if we’re able to do that," added Smedberg. "It would be a lot more difficult to take them away.”

If passed, the changes would go into effect in July of 2021.

The announcement on Monday came after WMATA leadership approved changes to the FY 2021 budget earlier in November.

With the agency facing a budget shortfall of around $177 million at the time, the Metro board called to eliminate 1,400 jobs through layoffs, buyouts and cuts. Part of the buyout option included a $15,000 bonus to leave. With 12,000 people employed by the WMATA, the job cuts included in the 2021 and 2022 budgets impact almost 1/3 of the agency's workforce.

Starting in January, bus riders will also have to start paying fares once again.

D.C. Mayor Muriel Bowser has called for everyone to come together on a local and federal level, and that a stimulus package is issued by the U.S. government to help WMATA.

"WMATA's deeply troubling proposal is another reminder of the critical need for federal stimulus to revive our economy and to preserve our way of life," Mayor Bowser said in a statement. "Not too long ago with our partners in the region and our federal government, we put Metro on the right track to meet the needs of residents and visitors alike. Regardless of party or ideology, we must once again come together to save Metro."

For a full list of Metrorail stations that could close next year, visit this link.