The Justice went through a COVID re-creation of the league and a mid-season shakeup of the entire organization. 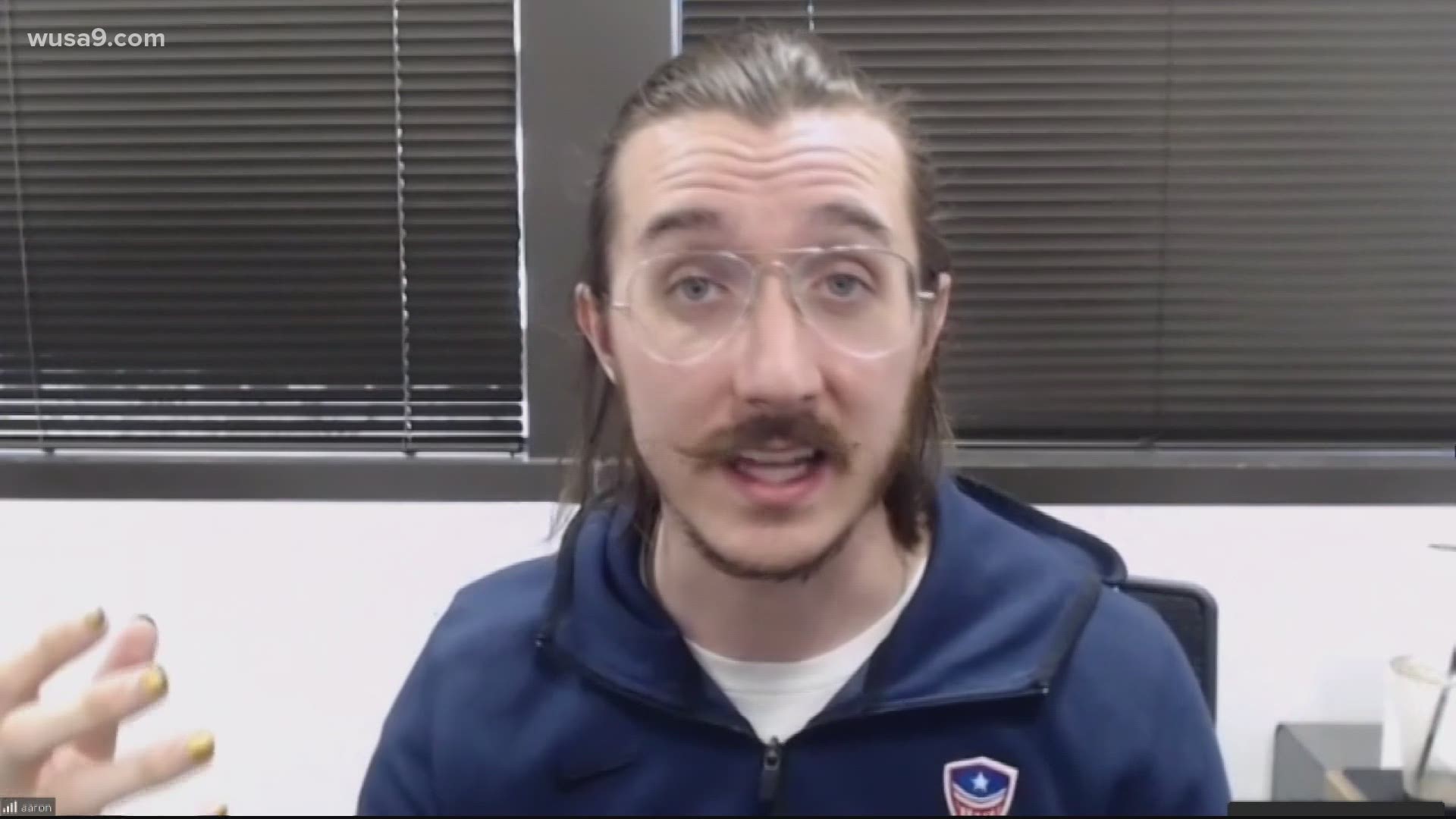 WASHINGTON — A roller-coaster ride would hardly describe the Overwatch League team Washington Justice’s first homestand season from the Nation's Capital. The season seemed to be wrought with hardships and pitfalls.

The team went through a COVID-19 re-creation of the league, and a midseason shake-up of the entire organization. But this bottom-ranked team would rise to make the playoffs and accomplish much more.

The Homestand and COVID-19

They were only able to play 2 Homestands before COVID-19 hit, and with that, playing in front of masses of screaming fans came to a screeching halt. The whole league, like most sports leagues, flipped over and struggled to survive.

“I think maybe we did feel fortunate that unlike a lot of other sports, we did have this option to go online to still complete the season.” says General Manager Aaron "PRE" Heckman, “we missed kind of that high tier goal of the homestands opportunities but the season could have been canceled, people could have gotten ill, there could have been safety risks. You really can't be upset where we ended up being able to have a season and ending where we did.”

Being a digital game the league was able to endure the brunt of the COVID-19 blast and after a couple of weeks from restrictions being put in place around the world, the league was up and running again on a completely digital platform. The pros were playing just like any other gamer unfortunately without a home crowd but for most, they were just glad to still be able to play.

Our players gave everything in support of Justice. We are so grateful for their hard work, dedication, and determination.

Thank You for an amazing season.

That’s exactly what the Justice did. They continued to play to an ever-growing online crowd. With other sports unable to play the viewership of the Overwatch League started to rise. But the Justice started to fall. A shake-up of management, players and coaches led this team to an overall record of 21-54-1.

“You actually saw very different play styles developing based on where these teams were and the kind of opponents that they were playing. And so when you're trying to take what often is two very different approaches from two different cultures and mesh them into one team, sometimes that works great and for us, I think we had some strong personalities on both sides that really did not want to compromise.” Heckman commented on the face-lift the Justice received midseason in a massive shake-up that literally changed that makeup of the team.

The teams’ route to the playoffs seemed dimmer than ever.

Epic: Playoffs in One Word

It seemed as if the black hole of league dramatics would take hold of the Justice and not let go. Their regular-season record placed them in the 12th seed and it appeared as if the team would not be able to claw their way out.

“The wins didn't come instantly. We struggled as we were kind of slowly rebuilding our team. We added “Stitch” and “Jjanu,” eventually “Decay.” Yes, there was a mesh time. Frankly, if it weren't for like the strong leadership “Sup7eme” brought, we might have had like a loss of faith, like, 'oh this model isn't going to work out,'” Heckman said about the regular season.

But the team showed resilience on par with the city it represents and came back to rise all the way to the semifinal of the North American bracket, falling to the top-seeded Philadelphia Fusion.

A team that challenged themselves to grow and play harder than ever before. A team that started at the bottom and rose beyond anyone’s expectations. Only giving up two games in the first four matches, the team reignited a fire burning within that many thought had burned out long ago.

“We qualified for the playoffs, which we were thrilled with. Then we started playing those heavy hitters. We played the San Francisco Shock who didn’t lose a game the entire playoffs. We took them to map five. The equivalent to overtime in our sport, we knocked out the Paris Eternal, the number three ranked team. As a 12 seed, we knocked them out. 3-0 They didn't take a map off our team.”

It all came down to the semifinal. The team seemed ready to take on anything, only giving up only 3 games for the entire playoff. The fairy-tale would come to an end as the top-seeded team Philadelphia Fusion would take the win. 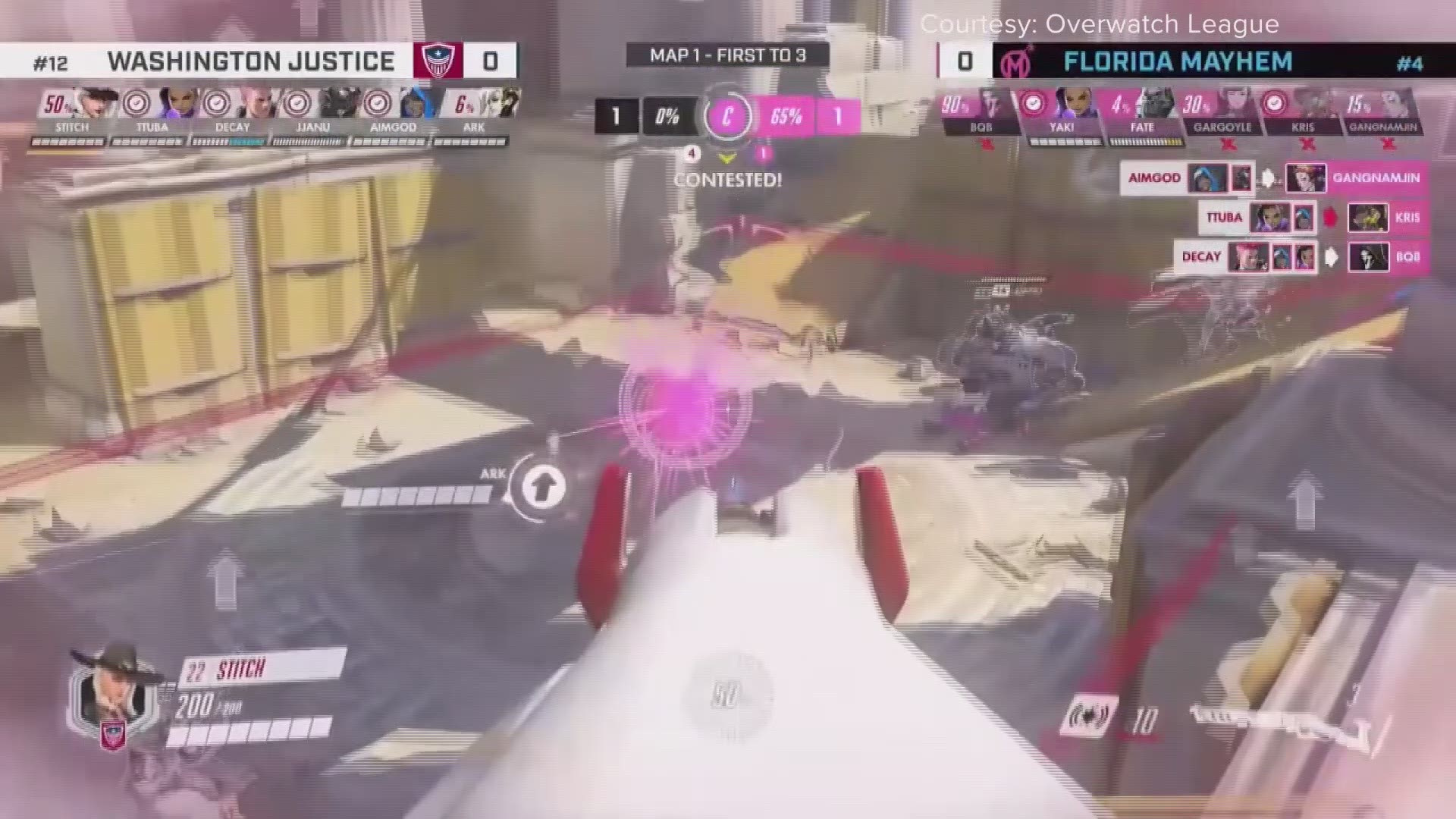 What’s in store for next season?

With the 2020 season in the rearview, the Justice still has work to be done.

“I would expect changes, but positive ones. How we're going to build a championship roster and frankly, that's the goal. I mean, if we can with half a roster in the middle of the season, taking a 12th ranked team and make them the third-best in the hemisphere. We’re doing great right now but we can do better and that’s what we want to do in the offseason.”

Justice will be served.