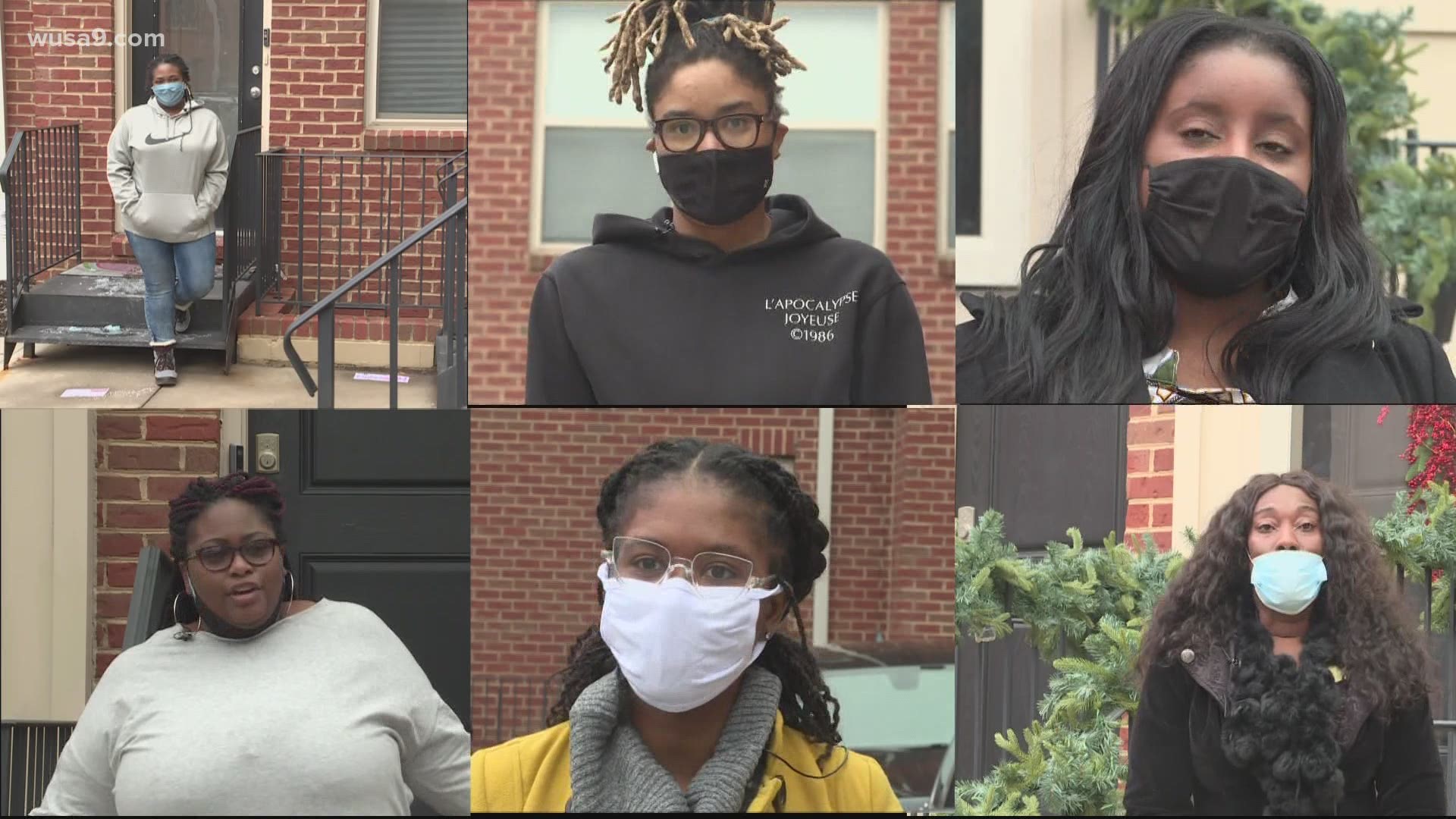 WASHINGTON — The past year has found most of us spending more time in our homes than ever before. But some D.C. homeowners say they are living in fear as they watch growing cracks in their homes’ foundations. Now, a group of first-time homebuyers is suing developers for discrimination, fraud and neglect after they say they were sold unsafe homes.

"We just wake up every day hoping it will stay intact so we can make it to the next day," Indiah Dave said.

The group of women all took advantage of D.C.'s first-time homebuyer program -- the Home Purchase Assistance Program  -- to purchase newly built condos they thought were good investments back in 2017.

But the group of women says their dream of homeownership turned into a nightmare just weeks after moving into their units on Talbert Street Southeast. Now, the nine women -- all low-income Black women  -- are suing their developers, Stanton View, LLC and RiverEast at Anacostia, LLC.

"I went from homeless to homeownership, and at this point I feel hopeless and homeless again,” Robin McKinney said. “I'm afraid every time I go into my house, I feel preyed on, betrayed."

"I feel like I'm going to go crazy, to be honest," Cierra Johnson added.

The experience has left them all with some trust issues and serious qualms about the program.

McKinney’s neighbor, Ladonna May, said she realized the cracks she was initially told were normal settling was a bigger problem, when she had to have repairmen come fix the same crack three times.

“I have cracks that are large enough that I can put my hand in," May said.

May pointed to a large crack crawling up the outside of her home that she said was never addressed. She claimed the growing gaps on the floors and walls inside have been ignored, too. May and eight of her neighbors joined a lawsuit against Stanton View, LLC and RiverEast at Anacostia, LLC.

In the lawsuit filed in September 2020, they allege serious shifts in their homes' foundations have led to water damage and mold.

"All of my clothes were riddled with mold and my shoes I had to throw out,” Jaztina Somerville said.

“I'm not even staying there because it's so bad,” Edmonds who moved herself and her son out in December, said. “I don't have a bathroom!"

Edmonds provided WUSA9 with a video of her bathroom pipes taken by her plumber called in to resolve the constant sewage backups. The video shows his scope camera snake down the pipe until it reaches a pile of rubble on the bottom. You can hear the plumber say over the video, “a broken pipe, that’s gravel and rocks.”

According to the lawsuit, the developers failed to post the required warranty security to ensure against structural defects. The lawsuit cites "inadequate foundation design, detailing and construction…which had resulted in substantial cracking and separation."

“I even went and called the engineer on the blueprint to come in and tell me if my house was safe because I have a toddler," May said.

WUSA9 made several attempts to reach out to Stanton View and River East about the allegations in the lawsuit and did not hear back. However, WUSA9's Delia Gonçalves did discover the developers are now suing the contractors for shoddy work. The six contractors listed on the suit also did not respond to requests for comment.

A search of court files found no record of countersuits.

“Once upon a time this did feel like home, but now it just feels like a place that I'm kind of stuck in especially due to COVID,” Somerville said.

Now these women, many of whom are mothers, are praying for a safe way out of the mess and for someone to be held accountable.

“Do I trust them to put me into another safe home? No," Johnson said. "But all I can think about right now, IS right now – and I need to go!"