The DC Rat Map: See which neighborhoods call the most for rodent relief

In the past month D.C. residents have called the city's 311 line about rats nearly 700 times. The neighborhood with the most calls? Northwest's Columbia Heights. 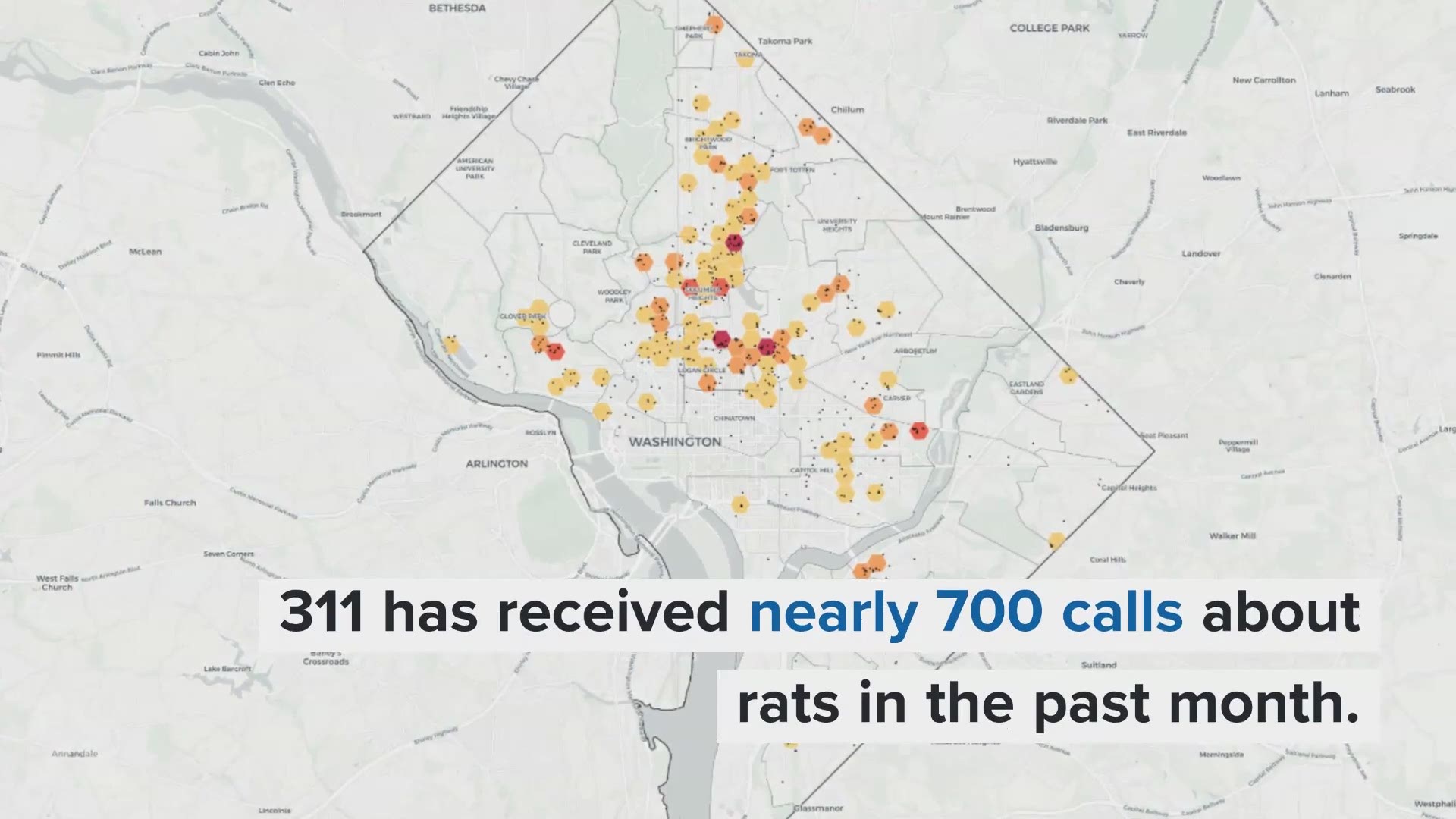 WASHINGTON -- D.C. residents have called in nearly 700 requests for rat inspections and treatments in the last 30 days, according to data of calls to the city’s 311 line.

Those calls have come in from all parts of the city, but the neighborhoods of Columbia Heights, Park View and Bloomingdale all contained hot spots, with Cluster 2 – containing both Columbia Heights and Park View – seeing 93 calls in the last month.

Use the map below to see all of the nearly 700 rodent calls D.C.'s 311 line has received in the past month. Hot spots are color-coded by call intensity:

Mayor Muriel Bowser talked briefly about this summer’s “rat blitz” during a community walk in Ward 1. Bowser said last year the city spent $1 million on rat abatement and will “double down” on those efforts this summer.

Those efforts will include the Clean City Office holding coordinated blitzes in targeted areas to treat for rats and educate residents about rodent abatement. Bowser also highlighted the nearly $300,000 in commercial trash compactor grants the city has given out in the last year.

More information about the city's rodent abatement program can be found online here. For complaints about rats in your neighborhood, call the Citywide Call Center at 311.

INTERACTIVE MAP: What your neighborhood says about how long you'll live

MAP: These are Maryland's most congested roads

Amazon's HQ2 is officially coming? What's it going to do to your rent? Your home value?