What's the worst commute in Maryland? 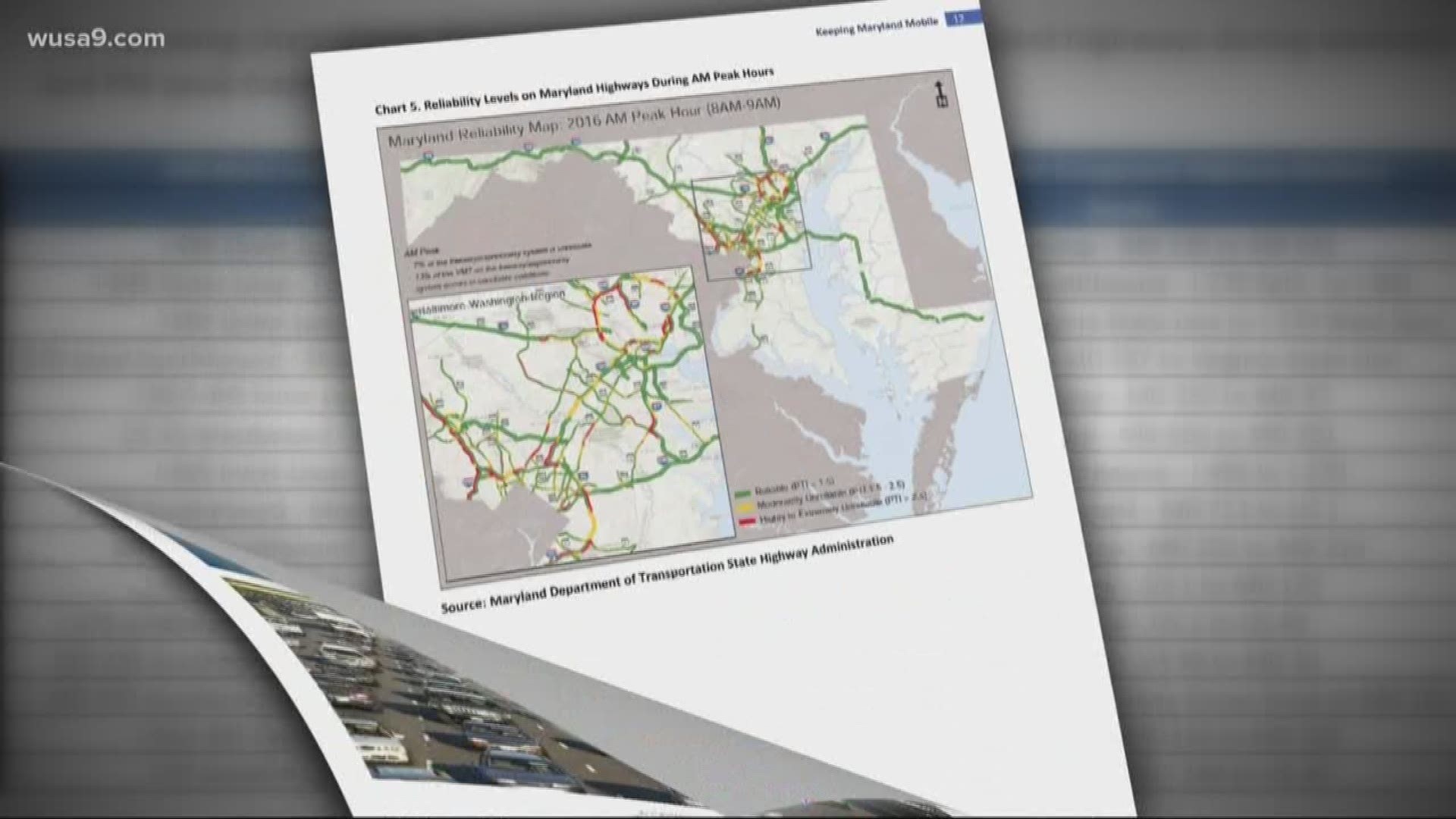 WASHINGTON — Maryland drivers, we feel your pain. A just-released report by a nonprofit transportation research firm says that Maryland drivers suffer through the second-longest commutes in the country, bested only by New York and beating California.

“The state’s roads carry the highest traffic volume in the nation,” said the report by TRIP, which underscored that population growth means that lawmakers must invest in long-term transportation projects. Maryland Governor Larry Hogan wants lawmakers to approve a $17.8 billion dollar plan to relieve congestion by, in part, widening I-495, I-270, and I-70.

“High levels of traffic congestion on Maryland’s major urban roads and highways reduce the reliability and efficiency of personal and commercial travel and hamper the state’s ability to support economic development and quality of life,” said the report.

The report, which you can read in full here, ranks the worst commutes by the time of day and type of road.

Use our interactive map below to explore traffic congestion data from the Maryland Department of Transportation and see how your commute stands up:

The report says the worst arterial roads to drive on in the morning are US 29 between Route 650 and I-495. In the evening, Route 210 Southbound near Kerby Hill and Livingston Road to Palmer road is the worst.

“As Maryland strives to enhance its high performance economy, it will be critical that it is able to provide a well-maintained, safe and efficient 21st century network of roads, highways, bridges and transit that can accommodate the mobility demands of a modern society,” TRIP said in the report.