Twyman played his prep football at H.D. Woodson High School in Washington D.C. before attending the University of Pittsburgh. 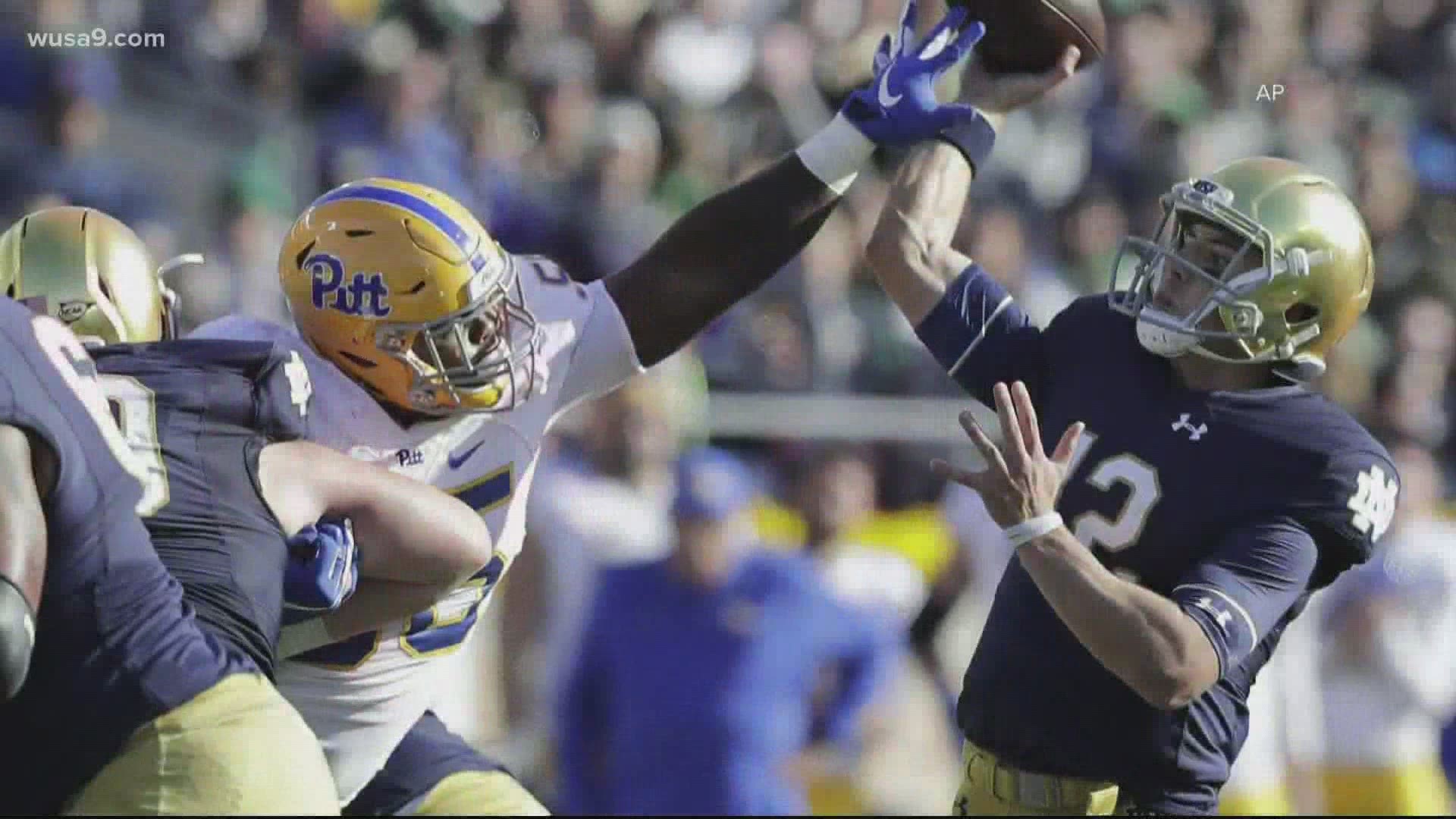 WASHINGTON — Minnesota Vikings draft pick and D.C. native, Jaylen Twyman, was one of four men shot in Northeast D.C. on Monday, according to the Vikings in a statement and multiple media reports.

The quadruple shooting involving Twyman happened around 5 p.m. in the 300 block of 50th Street, Northeast, and all of the men shot are expected to survive, according to D.C. Police.

"Minnesota Vikings defensive tackle Jaylen Twyman was one of several victims wounded during a shooting in Washington, DC, today," the Vikings said in a statement. "We have been in direct contact with Jaylen and his family, and we are extremely thankful Jaylen is expected to make a full recovery. At this time we will defer any further comment to the proper authorities."

🚨🚨BREAKING NEWS🚨🚨@Vikings 6th round draft pick and Washington D.C. native Jaylen Twyman was shot 4 times in a triple shooting in 300 block of 50th St. North East DC. The individuals were found in various locations & ALL WILL SURVIVE (per @AdamSchefter) @wusa9 @hdwoodsonshs pic.twitter.com/Ah0vjE3p8J

Twyman was drafted in the sixth round by the Vikings in the 2021 NFL Draft after spending three seasons as a defensive lineman with the University of Pittsburgh. The 21-year-old had a standout 2019 season before opting out of the 2020 season amid the COVID-19 pandemic.

D.C. Police put out a lookout alert for the vehicle in the Twitter post below that may be involved in the shooting that injured Twyman.

MPD seeks the public's assistance in locating a vehicle in an Assault with a Dangerous Weapon (Gun) offense that occurred 6/21/21 in the 300 block of 50th Street, Northeast.