According to D.C. officials, the property is owned by “Ralph Kennedy LLC” and “10Square Development." 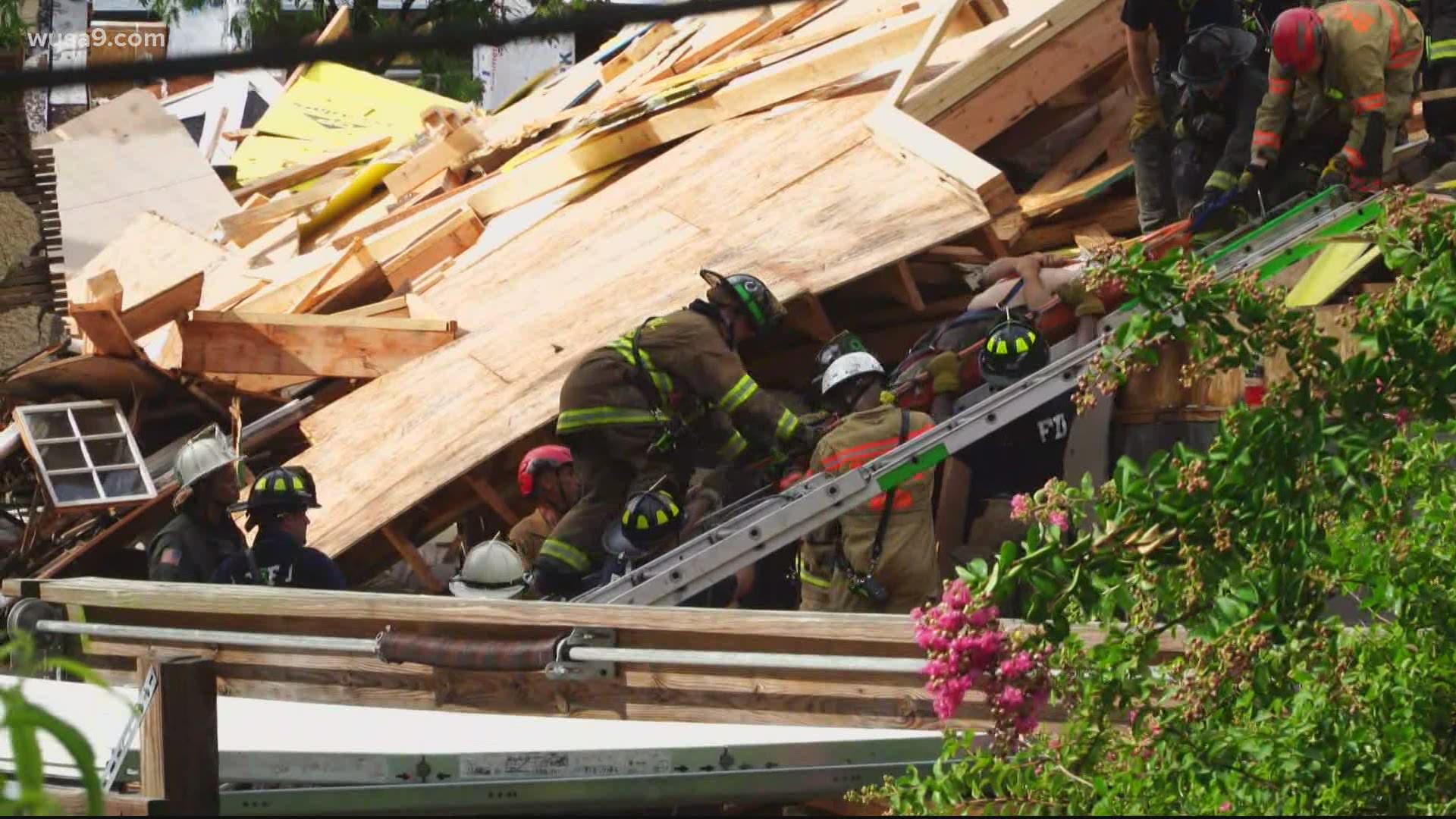 WASHINGTON — Questions continue to swirl around a building under construction that collapsed in a Northwest DC neighborhood.

Around 3:30 p.m. on Thursday, a five-story condominium project collapsed at 916 Kennedy Street in Northwest DC. Firefighters rescued one construction worker who was trapped in the rubble; he's currently recovering in the hospital.

According to District officials, the property is owned by “Ralph Kennedy LLC” and “10Square Development."

Around 4:30 pm, 10Square Development’s website showed a design named “The Ralph” that was to be built at 916 Kennedy Street NW site. However, less than an hour later, that design was taken down from the development firm’s webpage.

The website said "The Ralph" was supposed to include 11 condominium units. The initial target for construction to be completed at the site was early 2021, according to the firm.

Department of Consumer and Regulatory Affairs (DCRA) documents show there used to be a vacant two-story home on the property before Ralph Kennedy took it over.

"I oftentimes ask myself, why so many condominiums on one particular street?" neighbor Maria Martinez asked. "What is the plan?"

Edward Constable was in the building next door when the collapse on Kennedy Street occurred. Luckily, he's alright. He and his wife said they made complaints to DC about the construction site infringing on their property in their past. (@wusa9) pic.twitter.com/Ew9i8i9LLl

Maliendo Caliendo and her husband Edward Constable own the property next door, which was also damaged. They said they had expressed concerns to the District in 2019 that the construction site was infringing on their property.

“The city, in our view, did not do a thorough review of it,” Caliendo said.

The couple says they complained to DCRA months ago about what they say was the contractor's failure to shore up and brace the construction correctly.

"We had lawyers, we had structural engineers looking at the place say this was not what should be done," Constable said.

10Square Development lists Beck Vissat as its founder and principal on its website. Vissat also said he is the representative for Ralph Kennedy LLC. He told WUSA9 the property is owned by Ralph Kennedy LLC, and provided the following statement on the incident:

“We’re deeply relieved to learn that the injuries to our team members are not life-threatening. We’re currently assessing the situation and the severe storm conditions that have led to this. We will cooperate with the investigative agencies and will get to the bottom of this collapse.”

DC DCRA, who is responsible for building inspections in the District, reports that the last time the building was fully inspected was in March 2020. This was when the old row house that stood there was demolished to make way for the five-story condo that was being constructed.

DCRA’s Director Ernest Chrappah couldn’t say whether that inspection was done by a D.C. staff member or a less-skilled “resident inspector.”

"DCRA has investigated several complaints including illegal construction, including when the property was vacant and not under construction. DCRA has issued no violations as it relates to this property," said D.C. Mayor Muriel Bowser in a Friday news conference from the collapsed building site.

RELATED: Thousands without power, multiple trees down after brief but powerful storm