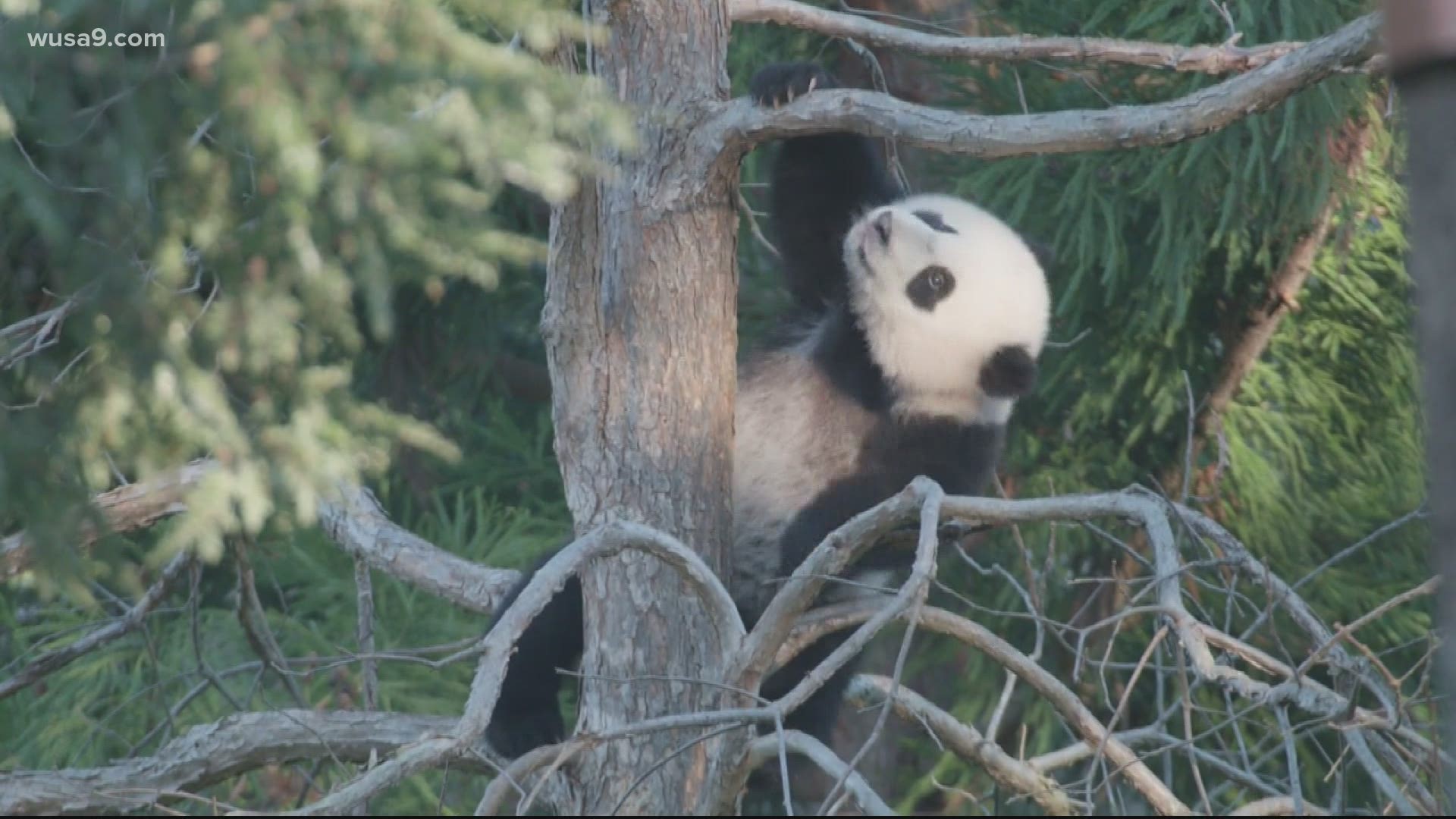 WASHINGTON — The Smithsonian National Zoo's giant panda cub Xiao Qi Ji has been putting his climbing skills to the test lately, according to his handlers.

The National Zoo released videos of everyone's favorite cub climbing around the climbing structures, at one point joined by his mother, Mei Xiang.

"This once cautious cub has become much more confident in his abilities to maneuver around the outdoor habitat," said Laurie Thompson, assistant curator of giant pandas for the zoo, in a blog post Friday.

Thompson said the 7-month-old cub has also started climbing real trees, too, including some evergreens and a ginkgo tree.

In addition to his new climbing skills, Thompson said Xiao Qi Ji has started eating some new foods, including apples and pears, but these new fruits aren't as tasty as his favorite food, cooked sweet potatoes, Thompson said.

Those new foods are helping the little guy pack on the pounds. He weighed 36 pounds at his last weigh-in on March 31, according to his handlers.