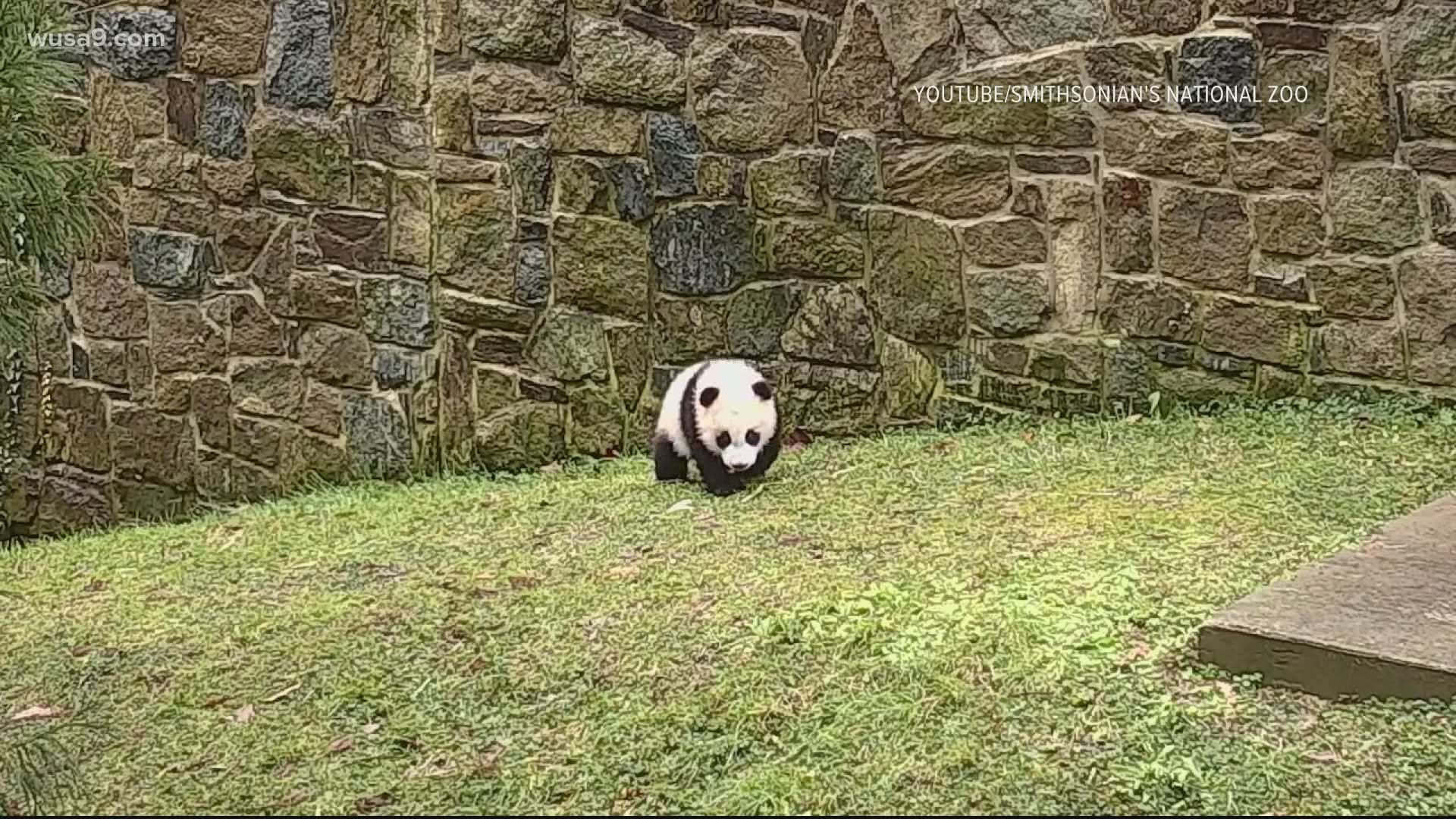 Xiao Qi Ji never before had gone into his outside habitat. A video from the National Zoo shows how curious he is, as he searched and took in his new setting with the help of his mother Mei Xiang.

"We closed the door to the yard, went into the den and called Xiao Qi Ji to get his attention. He followed us onto the patio — a covered area that connects the bears’ indoor and outdoor enclosures. We stepped out of the enclosure, closed the keeper door and opened the gate to give Xiao Qi Ji access to the yard," the zoo said in a statement. "Mei Xiang heard the door open and paused her breakfast to investigate the noise. She came over to Xiao Qi Ji and spent a few moments with him on the patio, then turned and walked back to her bamboo. This time, he trotted after her."

Xiao Qi Ji has continued to progress and started climbing on rockwork and exploring his inside habitat back in January.

🐼 🌎 Before #Perseverance was making tracks on Mars, giant panda cub Xiao Qi Ji was venturing somewhere he had never gone before: his outdoor habitat. Get the scoop on our cub’s travels in the panda team's latest update. ✏️STORY: https://t.co/rv9ZGogFVk.
. . . #PandaStory pic.twitter.com/V1oxMONHiM

The National Zoo and the China Wildlife and Conservation Association have signed a new three-year extension to keep three giant pandas in D.C. through 2023. The new agreement, which expires on Dec. 7, 2023, stipulates that the National Zoo's three giant pandas, including cub Xiao Qi Ji and his parents Mei Xiang and Tian Tian, will be sent to China when the deal ends.

With the recent winter weather, we've seen the National Zoo post video of the giant pandas enjoying the snow and playing in it.

Giant pandas are huge fans of the snow. Because pandas are adapted to the high-altitude forests in the mountainous central regions of China, snow is their happy place, says the Smithsonian's website.

RELATED: The National Zoo's newest star is ready for the camera | It's a DC Thing