In all, over 20 people have been arrested amid pro-Trump protests and clashes with counter-protesters in the District on Saturday. 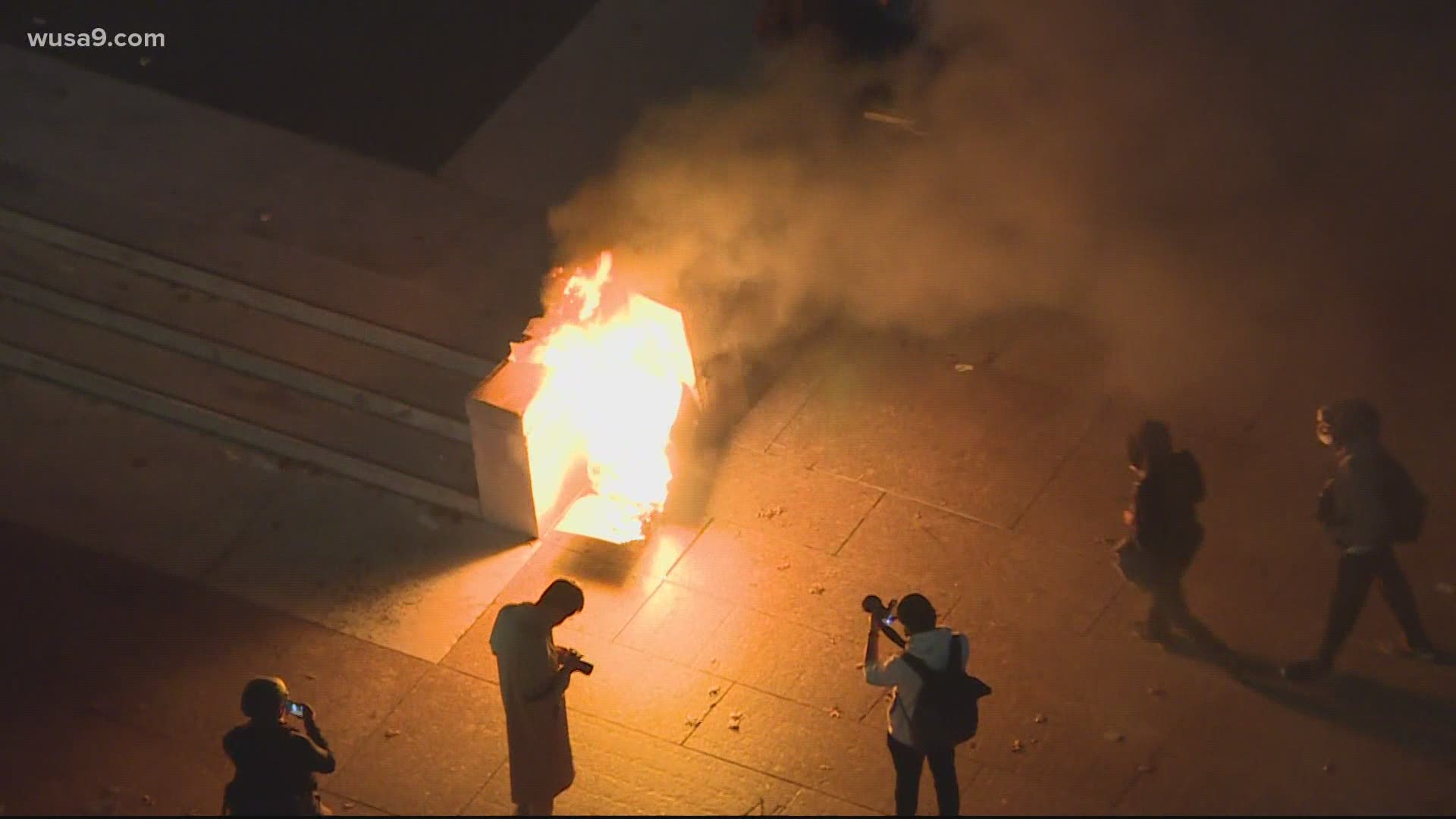 WASHINGTON — Over 20 people were arrested at protests in D.C. on Saturday and when pro-Trump supporters and counter-protesters clashed later that evening, according to the Metropolitan Police Department and U.S. Park Police.

Arrests were made near and around the area of Freedom Plaza and Black Lives Matter Plaza. Both plazas have been common gathering points for protesters in DC throughout the summer and fall.

The U.S. Park Police said it arrested an additional person for simple assault. The rest of the arrests were by the Metropolitan Police Department.

Preliminarily report for arrests at Saturday's protests before, during and after the pro-Trump protests:

It is not known at this time if anyone arrested is a part of a certain group or not.

D.C. Police said four of its officers have been injured and that its department made 21 arrests as of late Saturday evening.

Flag burning, group clashes and the shooting of fireworks happened in downtown D.C. only hours after the Million MAGA March. Both left-wing and right-wing groups were alleged to be in the area as police made arrests and tried to keep the peace.

There were also reports that the left-wing group Antifa may have been in the area, but WUSA9 is still working to confirm all groups that were involved.

Around 8:12 pm one man was also stabbed in the 1000 block of New York Avenue, Northwest, according to a statement from D.C. Police. The victim was taken to a local hospital for non-life-threatening injuries. This case is currently under investigation and no arrest has been made. It is not known if the injured man was affiliated with any groups in downtown D.C.

1 / 9
AP
A supporter of President Donald Trump sprays a substance as he is surrounded after a pro-Trump march Saturday Nov. 14, 2020, in Washington. (AP Photo/Jacquelyn Martin)

Scores of President Donald Trump's supporters arrived at Freedom Plaza in downtown D.C. ahead of a planned march to the Supreme Court, backing the president's unfounded claims that the election is being stolen.

It was known before Saturday that clashes could break out with counter-protesters also demonstrating in the area.

Neither police departments gave specific stories or reasoning for arrests that were made. Just charges that the people arrested may face.

There were counterprotesters near Freedom Plaza around the same time the pro-Trump rallies started, but it's not known if more were in the area following the pro-Trump supporter presence that was seen early Saturday.

RELATED: DC's mask mandate ignored by many at Million MAGA March on Saturday