WMATA says the smoke was reported between Woodley and Dupont Metros, closer to Woodley. 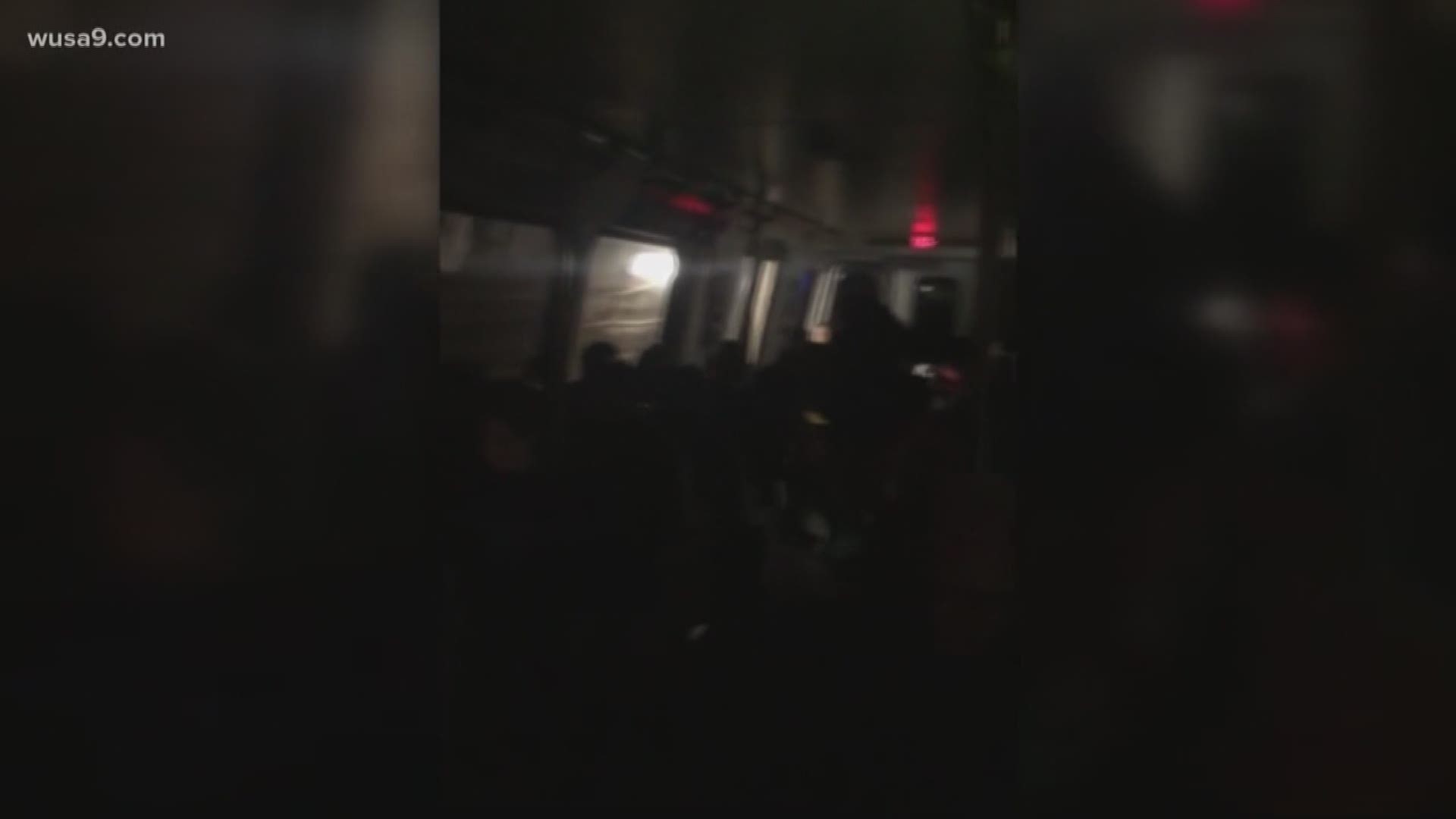 Trains are suspended between Van Ness and Dupont, WMATA said. A bus bridge is being set up.

Part of Metro's Red Line was closed for an hour of the Tuesday morning rush after a reported track fire, the transit agency said. Metro service was stopped between Van Ness and Friendship Heights. Service resumed in the early afternoon hours, but there were some tense moments for riders stranded on a train near the fire.

"There was a moment of panic," Joe Twinem said.

He tweeted video of his dark train, stuck near Tenleytown Metro. He said a haze filled his car and he could smell smoke. Metro said the train was instructed to stop after the track fire.

Twinem said he eventually realized he could evacuate the train and the tunnel, but was initially worried that he would make it out at all.

"It was certainly scary for a good portion of the time," he said.

Metro said it doesn't believe that riders were at risk and that's why it didn't evacuate the train. A Metro spokesman said the transit agency chose the safest way out of the tunnel, which in this case was the slowest.

Rail Transit OPS said the train that reported the track fire got stuck trying to reverse to Friendship Heights. D.C. firefighters investigated the report of a smoking track insulator. Nobody was hurt, officials said.

As of Dec. 2018, Metro said track fires that repeatedly beleaguered the transit agency and commuters were down by more than half in three years’ time.

Metro ended 2018 with the lowest number of insulator-related smoke/fire incidents in years -- 66% fewer compared to 2018, despite record rainfall in 2018.

Metro insists the numbers are reason to celebrate thanks in part to its work to stop leaks in older tunnels which were bored before the advent of modern waterproofing techniques.

Rain is the Achilles’ heel of the Red Line between Friendship Heights and Medical Center where tunnels where trickling water mixes with the electrified, 750-volt third rail. Almost half of Metro fires in 2016 were in that stretch of tracks. In 2018, there were only three of them.