It's all part of a possible pilot program for late-night workers who can't catch the trains. Metro would pay the first $3 of the fare, with up to a maximum of 10 trips per week per registered rider. 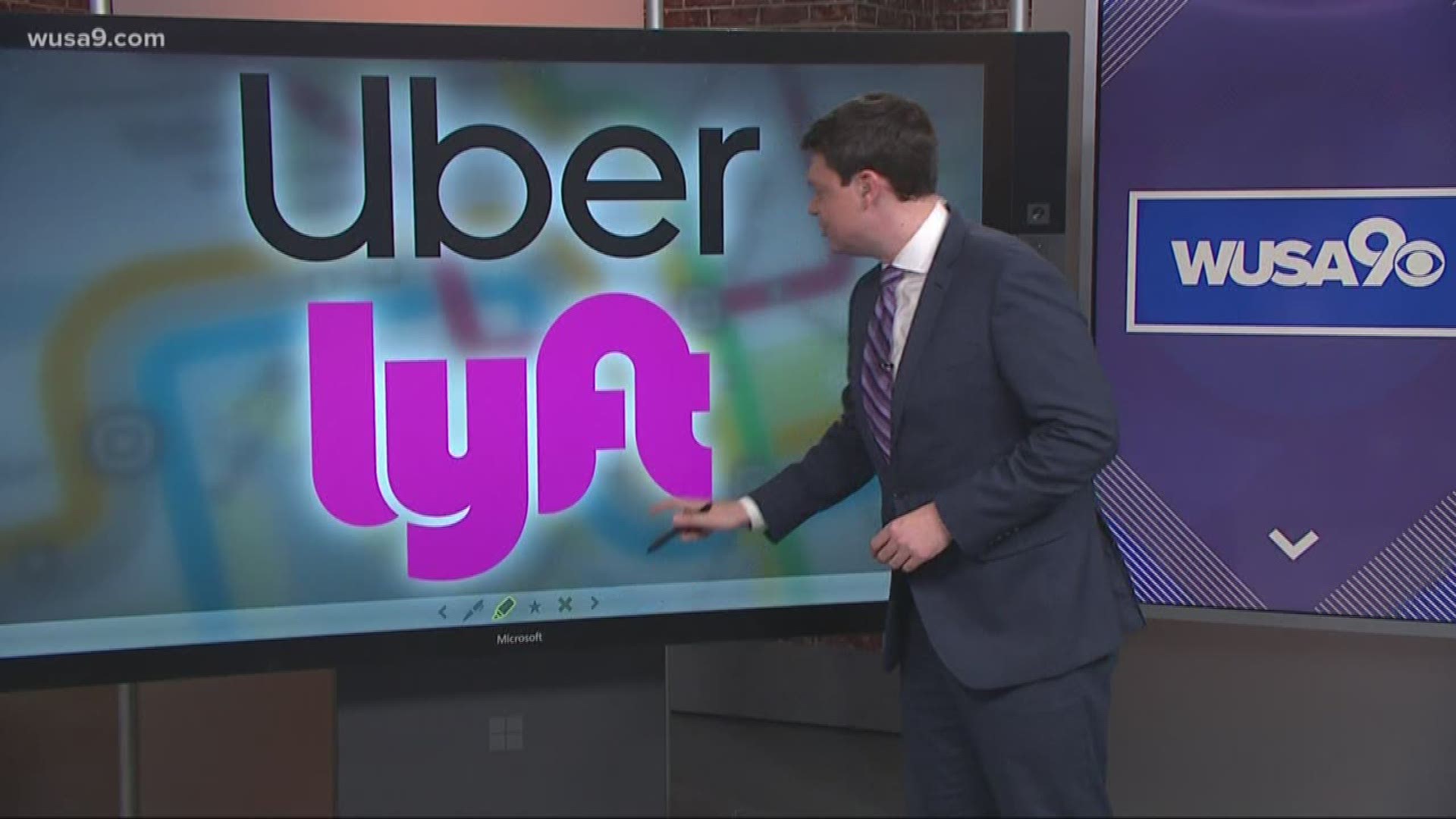 The move comes after a renewed debate over – and then decision not to – restore Metro’s operating hours to pre-2016 levels when the system was open until midnight on weeknights and 3 a.m. on weekends.

The on-demand service would be offered seven days a week for trips within Metro’s service area between midnight and 4 a.m. Metro would pay the first $3 of the fare, with up to a maximum of 10 trips per week per registered rider.

The budget for the one-year pilot program in total, according to a release, would be $1 million.

Uber and Lyft are among Metro’s stiffest competitors. In a new study, researchers at the University of Kentucky found that when ridesharing apps entered a market, rail and ridership and bus ridership decreased.

Researchers said the effect “builds with each passing year and may be an important driver of recent ridership declines.” The new data reinforces drops in Metro ridership by more than 100,000 average daily riders over the last decade.

The program is intended to benefit overnight workers affected by changes in Metrorail’s operating hours officials said are to improve maintenance, safety and reliability.

"The system is safer and more reliable today as a result of the robust preventive maintenance work we are doing during those critical overnight hours," said Metro General Manager and Chief Executive Officer Paul J. Wiedefeld in a release. "At the same time, we understand that Metro is a vital link for many late-night workers. That’s why we are looking at innovative ways to provide affordable transportation for workers while balancing our commitment to safety."

According to a release, Metrorail reliability has been near record highs for the last two months. Officials also said the “improved infrastructure condition has also resulted in a sharp reduction in single-tracking events (down 35 percent) over the past eight months compared to the previous year.”

Eligible workers, according to the Metro release, will be "primarily in the hospitality and health care industries."

Responses from vendors are due April 10 and could begin as soon as this summer.